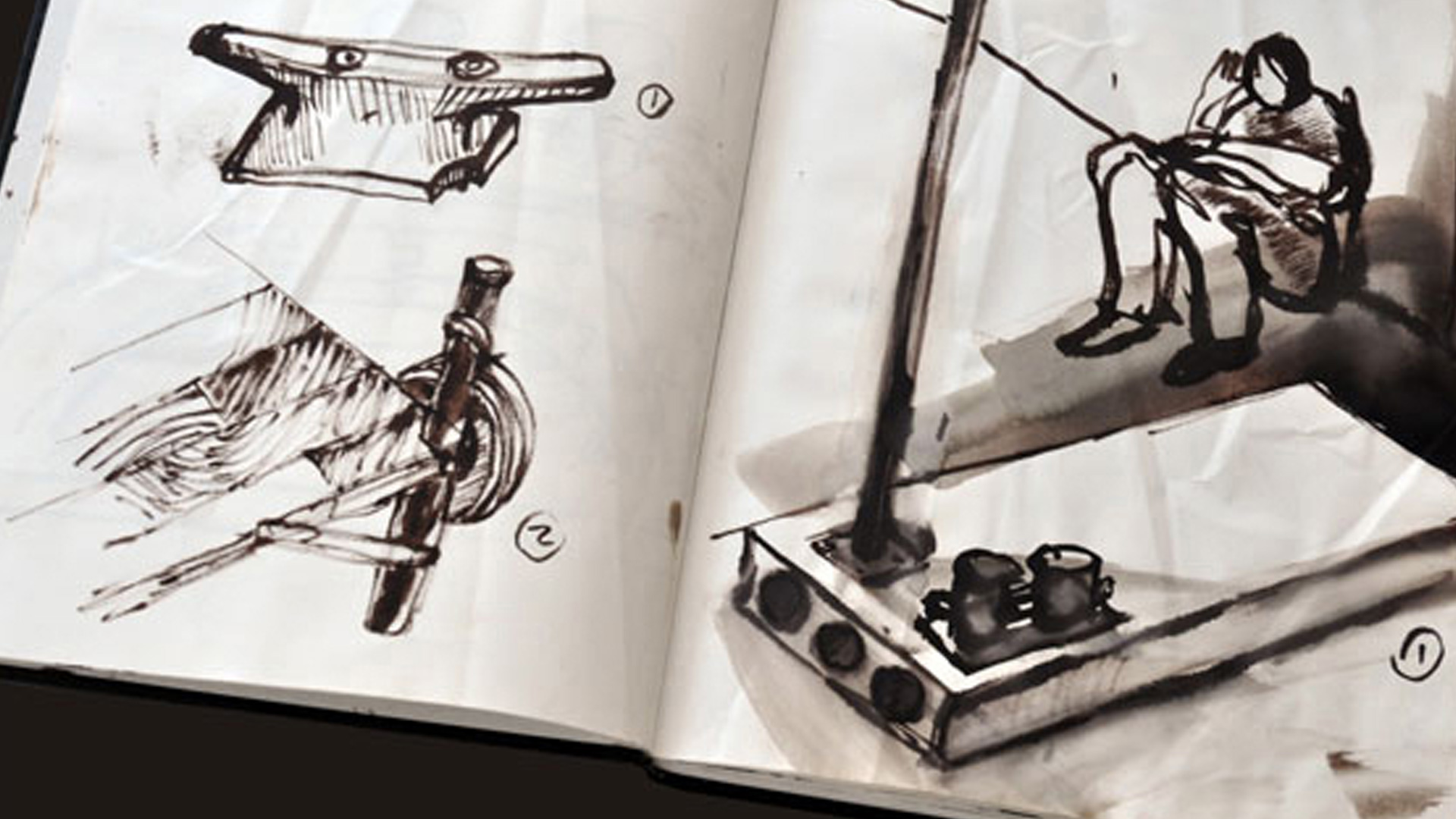 Kcho in Havana. Laying claim to the halls of El Gran Teatro de La Habana—usually home to the National Ballet—a large-scale retrospective by Kcho opened last week in the island capital. Titled Sacrificio en la encrucijada (Sacrifice at the Crossroads), the exhibition features drawings, sculpture, and installation art. A key work, La memoria construida (1989-2011), brings together decades’ worth of sketchbooks and notebooks; viewers, in latex gloves, are invited to browse through them—to see “where my ideas come from, how they’re constructed, what their origins are,” Kcho explained at the opening press event. Other works on view include Autorretrato (Self-Portrait), El Fénix (The Phoenix), and Vive y deja vivir (Live and Let Live). One of the pieces in the show, El David (The David), will also be included in the Havana Biennial in May. At the opening, Kcho noted that although many Cubans know of his work through the media, most haven’t seen it in person. “I’m very emotional about the idea of sharing with my people, the Cuban people, a show of this size and complexity,” he said. “I couldn’t have asked for more.” Sacrificio en la encrucijada runs through April.

Garaicoa at Centre Pompidou—and in Italy and Madrid. The Musée National d’Art Moderne acquired Carlos Garaicoa’s installation work La Habitación de mi Negatividad (II) (The Room of My Negativity (II) in 2009; now, it’s on exhibit through July in the ongoing exhibition New Works from the Collection, on view on the fourth floor of the Centre Pompidou. The piece includes a dictionary of “heinous words that express the darkest side of the human thoughts and society’s transformation,” Garaicoa writes, along with a disconcertingly playful 3-D animation of the concepts. Last week saw the opening of Sin Solucion/Without Solution, Garaicoa’s latest solo show at Galleria Continua in San Gimignano, Italy. On view through March 31, Sin Solución continues the artist’s investigations of photography, architecture, and installation art. And at Garaicoa’s studio in Madrid, Open Studio 6.0: Construir, Deconstruir y Destruir/Construct, Deconstruct and Destroy mixes works by established and emerging artists on the themes of space, geometry, and “architecture in the broadest sense of the word.” Along with Garaicoa himself, the artists include Yoan Capote, Lorena Gutíerrez, Beate Gütschow, Jorge Perianes, and Pablo Valbuena, among others. On view through this Friday, February 24.

Ana Albertina in Miami. This Friday, February 24 also marks the opening of a little window inside my head, a show of drawings by Ana Albertina Delgado. A member of the Havana-based Puré art collective in the 1980s, Ana Albertina is known for her delicately rendered but psychologically probing works. Her first solo exhibition at Miami’s Carol Jazzar Contemporary Art gallery runs through April 22.