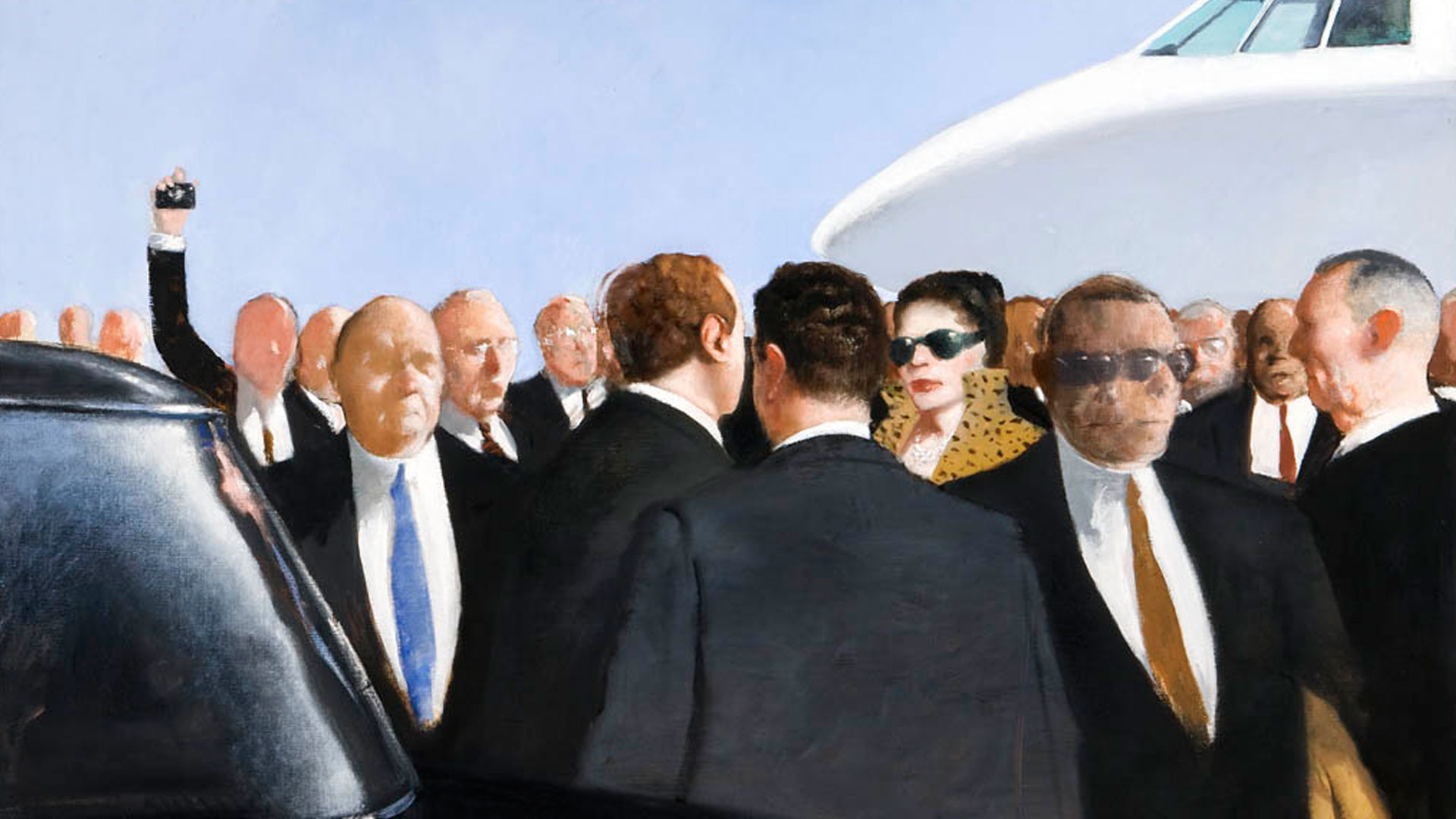 From March 25 to May 1, the prestigious Marlborough Gallery in Madrid will host the first exhibition by Cuban artist Julio Larraz (b. Havana 1944) in Spain.

Characterized by a coolly critical realist style, the works on view take the human figure as their primary pictorial element. In an accompanying text, Guillermo Solana, artistic director of the Thyssen-Bornemisza Museum, writes: “In his canvases, light builds and shapes the space (Sarah, 2000), flooding some pictorial spaces, distilling the erotism in which the human figure dwells, and which has been gaining ground in his most recent paintings, as opposed to the still lifes and landscapes of his earlier work.”

Larraz´s art is a dark chronicle of power, depicting faceless generals, high-powered executives, and soigné women of a certain age in a pile-up of public and private rituals, as if they were privileged actors in a human comedy where the victims remain well hidden.

Exiled in the US during the 1960s, Larraz began his professional life as a political cartoonist. His work appeared in newspapers and magazines such as the New York Times, the Washington Post, the Chicago Tribune and Time magazine. As an artist, he first exhibited his work at Pyramid Gallery in Washington DC in 1971. Larraz has had three shows at the Marlborough Gallery in New York, including one in 2009. His colleague, Tomás Sanchez, is also represented by the gallery.