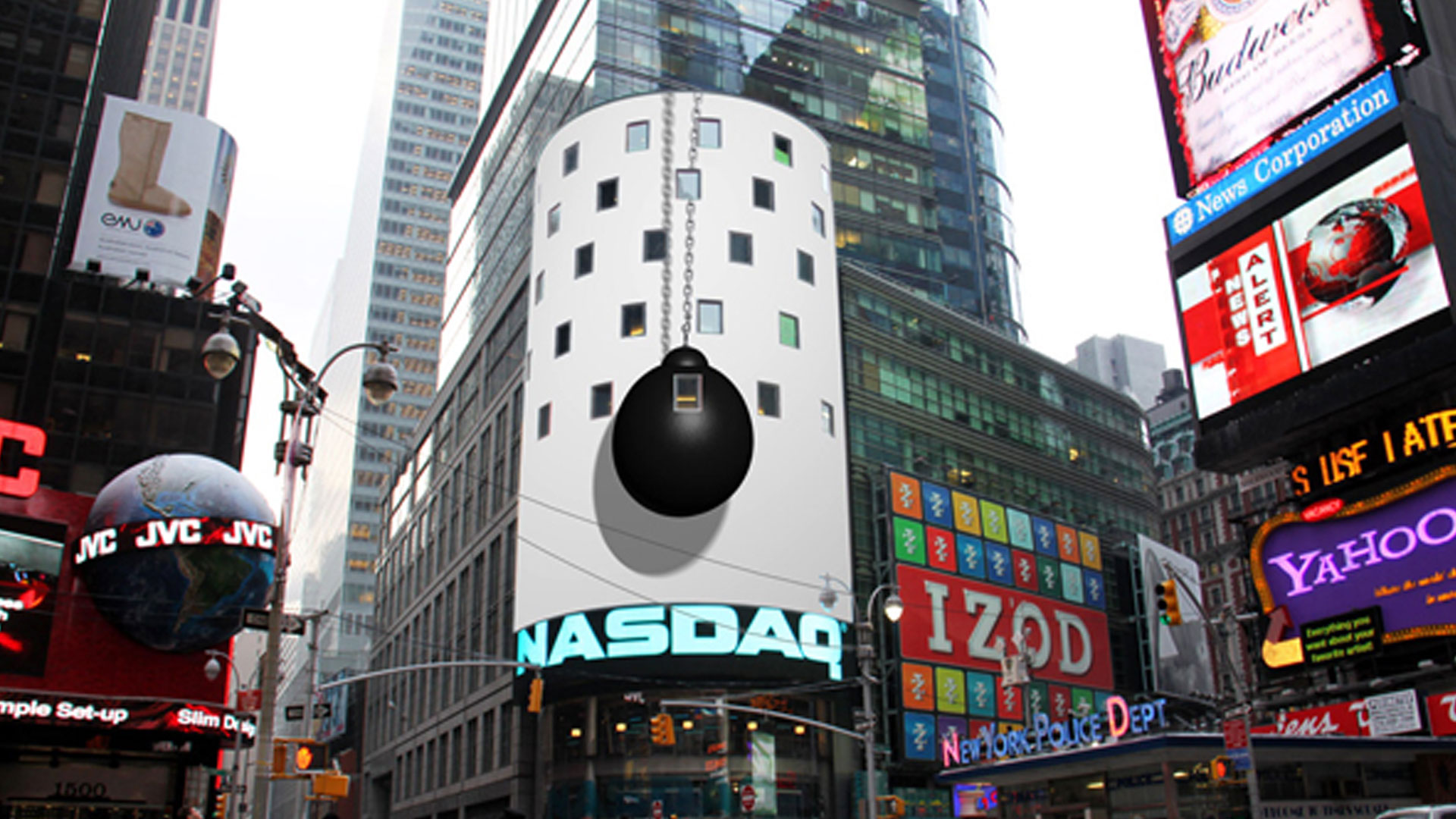 New York’s Times Square is one of those places that’s usually bustling at midnight. But every night this past week at 11:50 p.m., a new element has been added to the usual urban mix: a giant wrecking ball bouncing off the cylindrical, eight-story tower of the NASDAQ building at 43rd Street and Broadway. For ten minutes, the ball smashes against the building repeatedly—only to vanish at midnight.

The video projection, Black Sun, is the work of Cuban-born artist Alexandre Arrechea. A former member of the acclaimed artist collective Los Carpinteros, Arrechea has gone on to an international solo career in multiple mediums, including drawing, sculpture, installation, photography, and video. (His photographs are included in the current show at the Museum of Latin American Art in Los Angeles, which was covered in a recent blog post here on CAN. Rules of Play, a solo exhibition of his drawings, sculpture, and videos, is on view through April 25 at the Savannah College of Art and Design in Savannah, Georgia.)

In a statement  about the video made for his recent show at The Ice Box in Philadelphia, Arrechea describes how he sees Black Sun: not so much as “a wrecking ball bouncing strongly again and again as if it is going to ‘destroy’ the building,” but rather, “as if knocking on a door. This is an aspect of the work that also interests me: as you knock on the door you expect some one to open it. So the work reveals how my personal position is more interested in negotiation rather than using force as the only alternative.”

In an article appearing on Artnet, Carlo McCormick wrote: «Whatever associations you might make in the context of NASDAQ or Times Square—the catastrophic collapse of our economy comes to mind, as do the ravages of greedy real estate development—I’m sure the artist would concur. Arrechea, above all else, understands the relativity of meaning in this world.»

Although the 10-minute version of Black Sun has finished its late-night run on NASDAQ’s enormous electronic billboard, a 30-second version of the piece will continue to appear, at random intervals, through March.