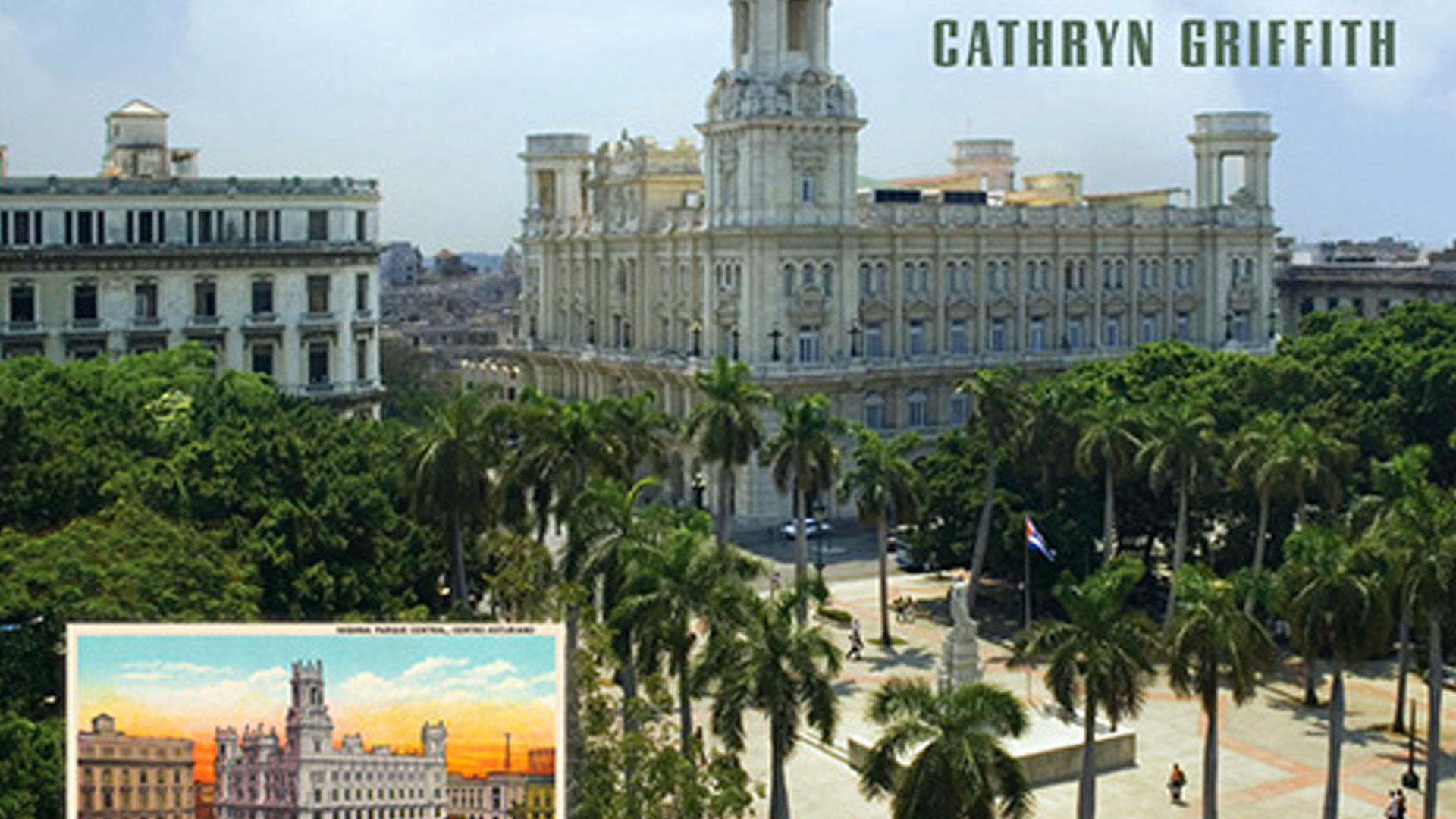 When American photographer Cathryn Griffith journeyed to Cuba in 2003, she discovered music, the Cuban mojito, and the equivalent of an urban architectural museum. In the streets of Havana, Griffith found styles dating from the late 19th century onward: Eclecticism, Neo-Gothic, Edwardian, Art Noveau, Art Deco, and mid-century Modernism—all transformed by the impact of the Cuban Revolution on January 1, 1959.

Visiting Paris soon after, she picked up several vintage postcards that captured Havana’s grand colonial structures in tinted photos and hand-drawn images of buildings, promenades, monuments, and avenues from long ago. Curiosity turned into passion and, aided by eBay, Griffith quickly assembled a collection of 600 postcards dating from 1900 to 1930. She turned to Leland Cott of Harvard’s Graduate School of Design, who had himself visited Havana and delivered lectures there. With his assistance, Griffith put into play her idea of joining past and present. She paired her current photos of Havana—primarily of Old Havana, which had been declared a UNESCO World Heritage site in 1984—with vintage postcard images of the same views.

Intent on taking current shots of selected postcard views, the artist made more than a dozen trips to Cuba. To her surprise, she discovered that, even a century later, it was still possible to re-create the camera angles and vantage points taken those in the old postcards, thanks to two factors: the absence of speculative investment in Havana, and a concentrated government campaign to restore the city’s historic structures.

At Harvard’s David Rockefeller Center for Latin American Studies through June 1, Havana Revisited: An Architectural Heritage features 25 of Griffith’s photographs paired with postcard images from decades ago. This dialogue between the city’s past and present has also given rise to a 240-page book of the same title (W. W. Norton & Company, 2010). It includes a foreword by Eusebio Leal Spengler, the Cuban historian in charge of the Old Havana restoration, a text by architect Mario Coyula and more than 350 illustrations.