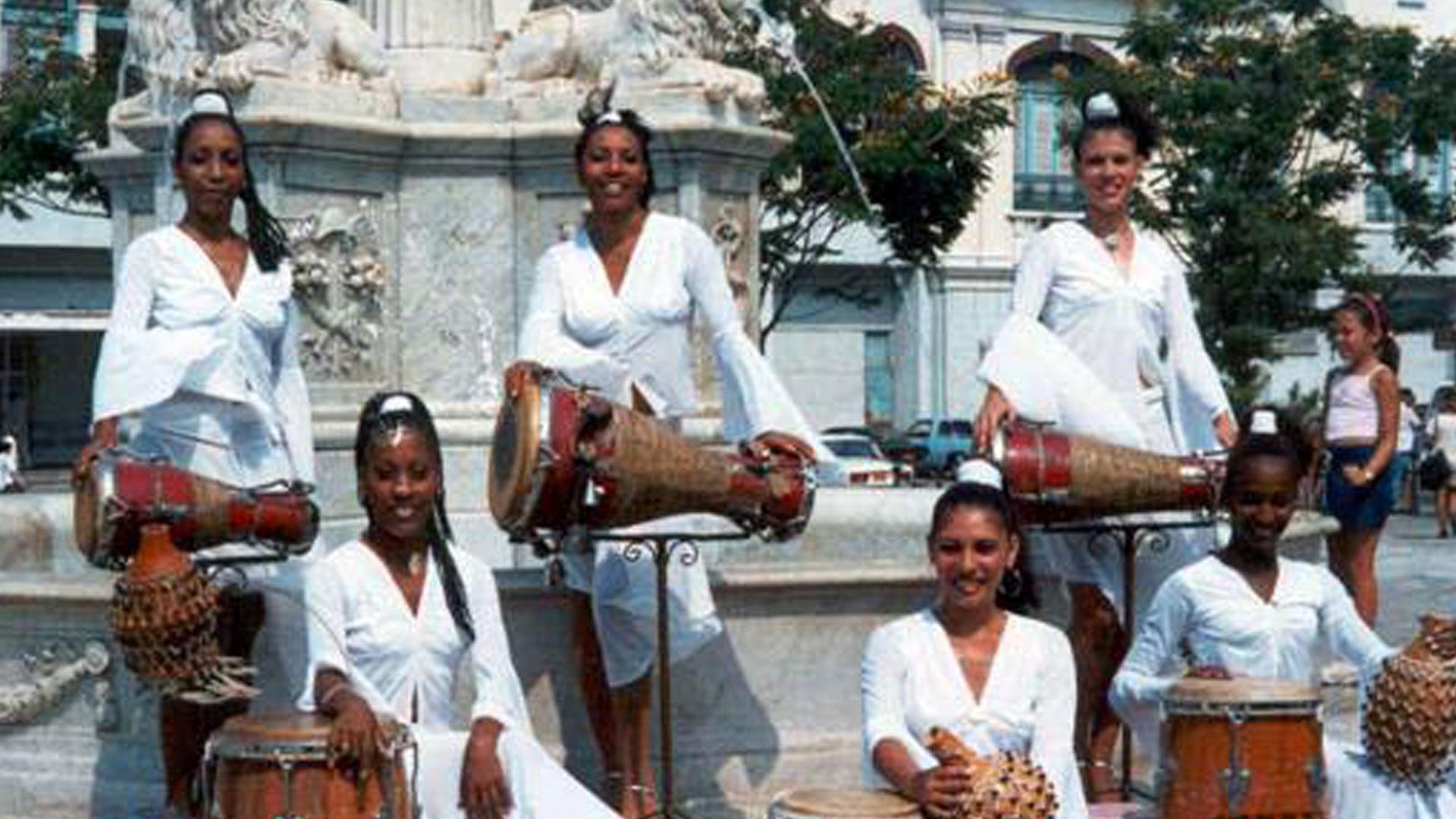 Obiní Batá is a group of six Cuban female Batá drummers. Headed by Eva Despaigne, who had been a member of the prestigious National Folklore Group for 20 years, Obiní Batá is the only Afro-Cuban percussion group comprised solely of women. All six of the drummers are graduates of the National Art School.

In the Yoruba language, «Obiní Batá» means «female drummers.» By the longstanding traditions of Afro-Cuban religions, bata drumming has been regarded as taboo for women.