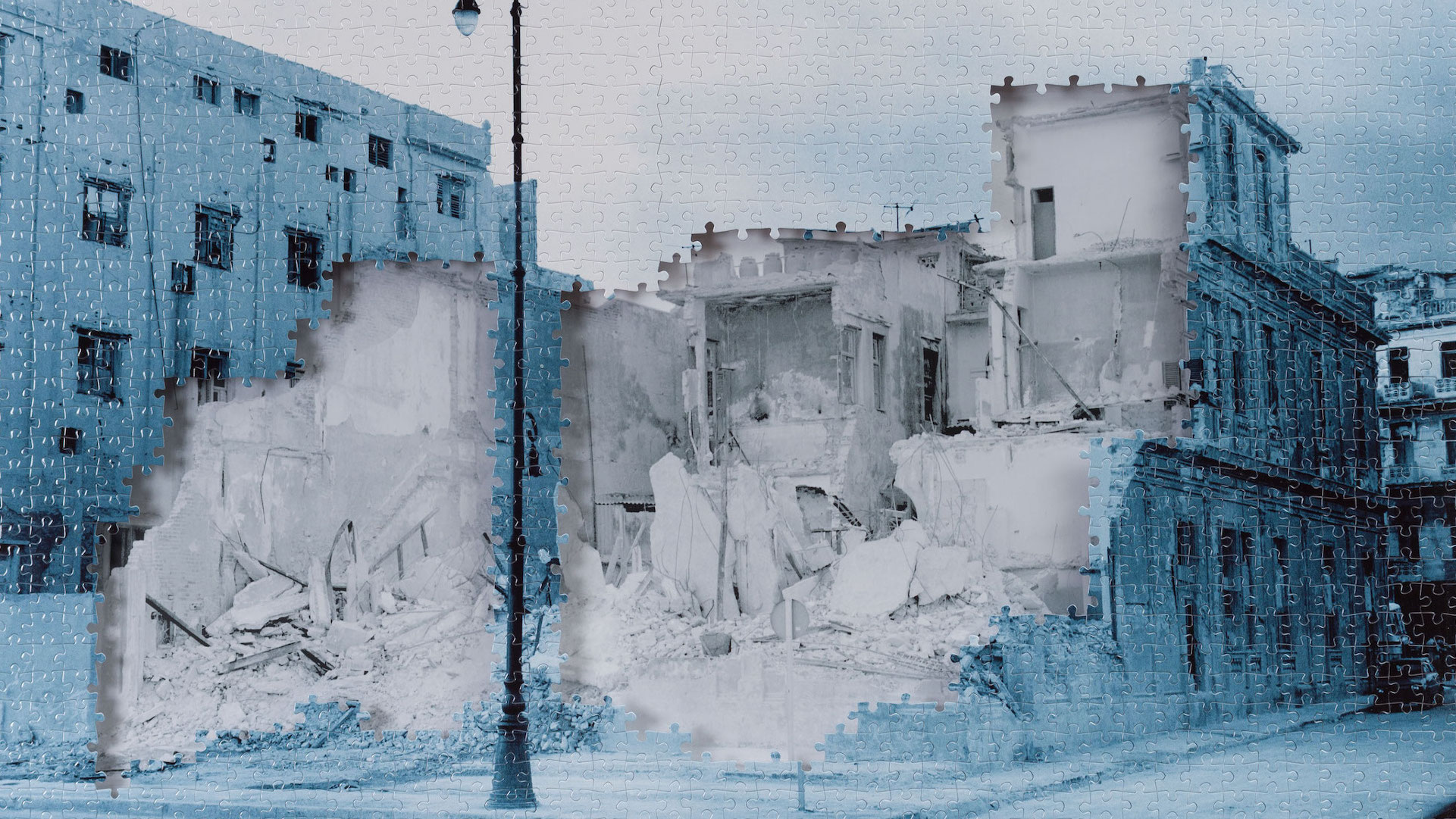 Next week, the international art world descends on Miami for a nonstop whirl of fairs, exhibitions, and events, anchored by Art Basel Miami Beach.

Here’s our guide to the top spots for Cuban art and artists at this year’s fairs.

Notable for 2019: A growing roster of artists and galleries at Art Basel, including a monumental work by Flavio Garciandía not seen since 2006, in the “Meridians” section. With prestigious museum exhibitions to their credit, Carmen Herrera, Zilia Sánchez, Belkis Ayón, and Ana Mendieta are increasingly visible this year at Art Basel and other fairs.

Julio Larraz is well represented at Art Miami this year, at the stands of Miami’s Ascaso Gallery (Stand AM208A), Art of the World Gallery (AM228), and Galería La Cometa (AM424) of Bogotá. The artist is also featured in a solo show at Ascaso Gallery, Julio Larraz: Behind the curtain of dreams, opening Thursday, December 5.

Lam is among the artists presented by Cernuda Arte (AM201) and Tresart (AM332).

Untitled, Art’s new “Monuments” initiative presents large-scale, site-specific installations at Lummus Park in Miami Beach. The debut exhibition includes it is not down on any map; true places never are, a collaboration by US-born Cuban artists Antonia Wright (featured in our 2017 article, “US-Born Cuban – 6 Artists to Watch”) and Rubén Millares.

At Pinta, art by Julio Larraz is on view at the stands of Bogotá gallery El Museo and Madrid-based Galería Fernando Pradilla.

Garaicoa is among the artists presented by Galleria Continua (G15), which is also showing works by Yoan Capote and other artists.

Capote is also represented at Jack Shainman Gallery (C19) with the sculpture Self-Portrait (Study of Resistance), 2002–2019.

A rare four-canvas painting by Carmen Herrera is on view at Lisson Gallery (G21). Made in 1961, Quartet is a complex composition bound by a handmade, hand-painted artist’s frame.

Fresh from its recent Loló Soldevilla exhibition, Sean Kelly Gallery (D14) is bringing a selection of Soldevilla’s work to ABMB. [See our walk-through of the exhibition with curator Rafael DiazCasas.]

In the Art Basel “Editions” section, Universal Limited Art Editions (ULAE) (G14) introduces a new print by Carmen Herrera: Tondo: Azul y Rojo (2019), an aquatint and relief with chine collé in an edition of 16. ULAE is also presenting Herrera’s Equilibrio (2017) in an edition of 18.

At Art Basel, the “Meridians” section gives galleries the opportunity to present ambitious, monumental works that push the boundaries of a traditional art fair layout.

The first work in “Meridians” is Auge o decadencia del arte cubano (Pinnacle or Decline of Cuban Art), a project by Flavio Garciandía presented by Maie 36 Galerie. Debuting in the 9th Havana Biennial in 2006, Garciandía’s project involved the participation of more than 100 Cuban artists around the world in the creation of a 65-foot-long painting and accompanying video. 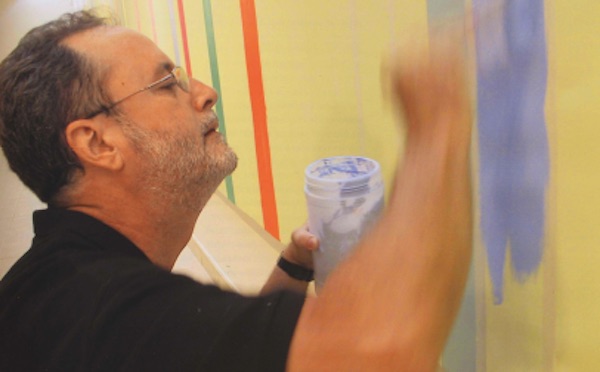 Flavio Garciandía at work on “Auge o decadencia del arte cubano” (Pinnacle or Decline of Cuban Art), 2006
Courtesy Mai 36 GalerieThe presentation in “Meridians” is the first time the project has been displayed since the 2006 Biennial.

Also in “Meridians,” in booth M21, Alison Jacques Gallery and Galerie Lelong are presenting an untitled, three-minute film made in 1981 by Ana Mendieta.