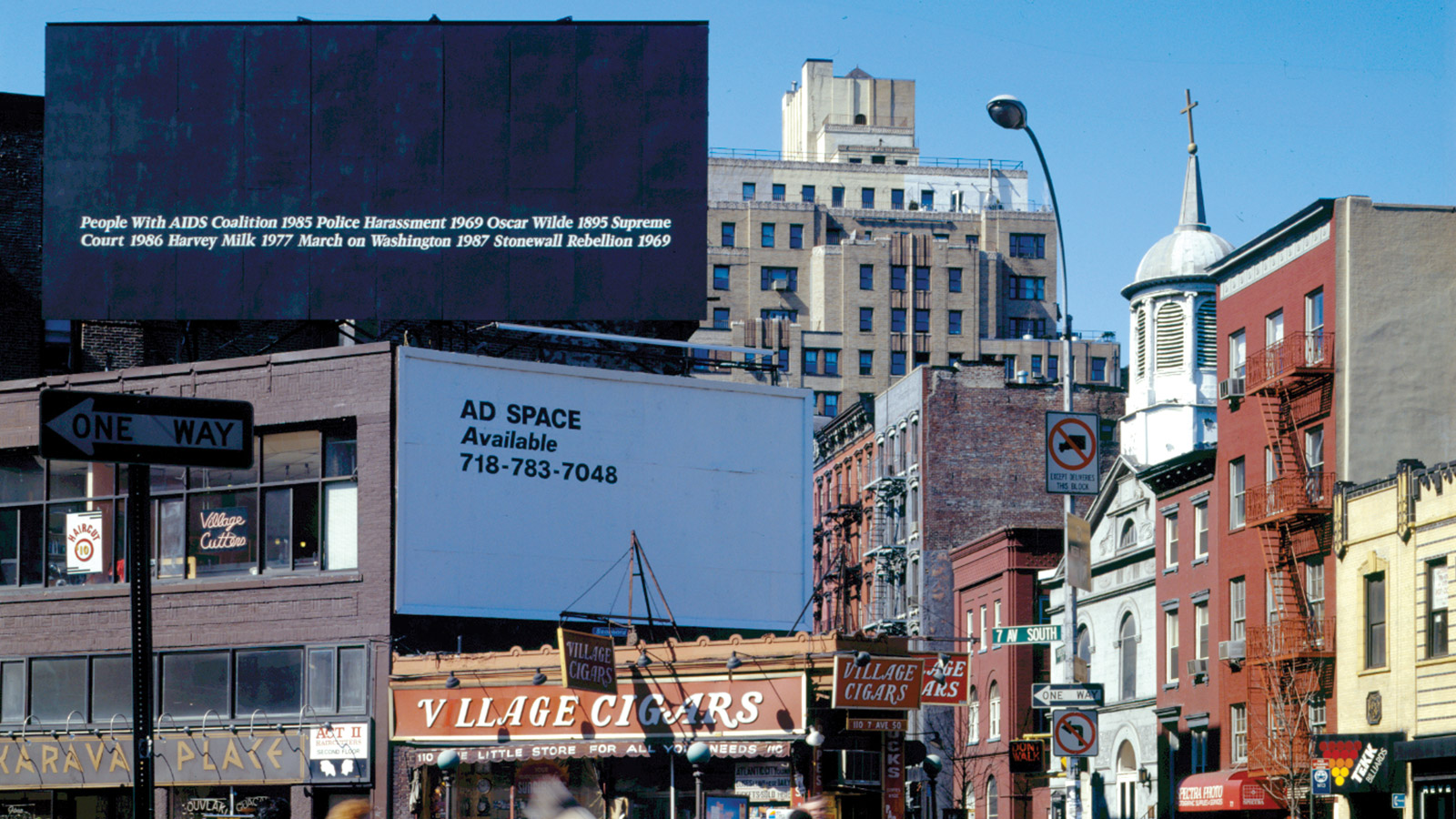 Last week New York City welcomed Viengsay Valdés in her first visit since being appointed deputy artistic director of Ballet Nacional de Cuba (BNC) in January. During her visit, Valdés met with directors of the city’s major dance institutions, including the New York City Ballet, American Ballet Theater, the School of the American Ballet, and the Joyce Theater.

The meetings were a step in the plan to expand and update the BNC repertory. In November, BNC will present Concerto DSCH, a ballet by Alexei Ratmansky originally created for the New York City Ballet in 2008. Cuban ballet is widely acclaimed for the excellence of its training and style, and BNC dancers are expected to bring a high level of technique and expression to new works in the repertory.

Valdés’s visit was the subject of a major story in the New York Times by dance writer Brian Seibert, under the title “A New Leader, at Last, to Bring Cuban Ballet Into the Future.”

The article quoted Lourdes Lopez, artistic director of Miami City Ballet and former principal dancer of NYCB, who called Valdés “the perfect choice” for the new BNC position. “She’s the product of the school and the company, but also of the country,” Ms. Lopez added, “and she’s lived through its challenges. She’s danced outside of Cuba, yet she’s stayed very loyal.”

We join the international dance world in wishing her the very best.

In January of this year, the first winners of the Jorge M. Pérez prize—an unrestricted, $25,000 award given annually to alumni of Miami’s National YoungArts Foundation—were announced. Then in March, the Pérez Art Museum Miami announced Christina Quarles as the inaugural winner of the Pérez Prize by Jorge and Darlene Pérez, a $50,000 award for artistic achievement and innovation.

Now, the Cuban-born Pérez has announced a new initiative: The CreARTE Grants Program, spearheaded by the Jorge M. Pérez Family Foundation in partnership with the Miami Foundation. The project will award a total of $1 million in grants per year to art and culture organization in South Florida’s Miami-Dade County.

“My family and I want to live in a community where the arts plays a dominant role,” Pérez told ArtNews. Miami’s art scene has “flourished tremendously” since Art Basel Miami Beach began in 2002, he said, but “in a very precarious way.”

“In order for the arts to flourish, we need not just artists but students and children who might not otherwise have access to a museum or dance or theater to be supported as well,” Pérez told ArtNews “We want them to experience the power of the arts.”

With the disruption of this month’s LGBT events in Havana as a counterpoint, Cuban artists are among the participants in events marking the 50th anniversary of the Stonewall Uprising, widely seen as the start of LGBT activism in the US.

In Chicago, María Elena González and the late Carlos Alfonzo are among the 40-plus artists in About Face: Stonewall, Revolt and New Queer Art. Opening today at the nonprofit art space Wrightwood 659, the exhibition features more than 450 works by an international roster that includes Keith Haring, Nick Cave, and Greer Lankton, among others. González is among the speakers at this afternoon’s opening symposium, which begins at 4:30.

In 1989, 20 years after Stonewall, an estimated 100,000–200,000 participants in the Gay and Lesbian Liberation Day March passed through Sheridan Square, where an untitled billboard by Felix Gonzalez-Torres was on view above the Village Cigars store. Now, for this year’s march, the billboard work will be back in its original location.

“Felix Gonzalez-Torres stands among the most significant and influential artists of his generation,” said Public Art Fund director Nicholas Baume. “Thirty since Public Art Fund first presented this iconic work, and on the 50th anniversary of Stonewall, we celebrate the enduring power and relevance of his art.”

Last week saw the opening of Cuban art shows at the Kendall Art Center and at Pan American Art Projects.

At the Kendall, Eleven Lights Hidden in Plain Sight brings together 11 Cuban-born artists, including Ana Albertina, César Beltrán, and Jesus Rivera. The exhibition is part of the second Convención de la Cubanidad, which was presented at the center last weekend.

According to its curator, artist Humberto Castro, the show reflects on “the history of generationality and the heritage of Cuban art in exile and the diaspora.” It runs through May 31.

“I have known Jorge Ríos all his life,” writes curator Alejandro Machado. “If I had to choose a defining characteristic of his creative process, it would be obstinacy.” That obsessive, passionate eye is evident at Pan American Art Projects, where June 16, 2018: Thirteen Paintings of One Day in the Sky presents the young artist’s account of a cloud-gazing day at his home in Coral Gables. Through June 29.

And in Coral Gables this Saturday, author Rubens Riol presents El entierro de las consignas, an anthology of his articles and essays on Cuban art, with a Spanish-language talk at Books & Books. The hour-long talk is scheduled for 5 p.m.

And in Europe—and Wyoming

In Lucerne, Switzerland, Jesús Hdez-Güero partners with Swiss artist Philipp Wyrsch in a double show at the art space o.T. Raum für aktuelle Kunst. Jesús Hdez-Güero: No me pongan en lo oscuro (Don’t Put Me in the Dark) officially opens May 30—though on the artist’s Facebook page, the opening is listed for this Saturday, May 25.

In Paris, Diana Fonseca and French artist Jacques Villeglé are inaugurating Face à Face, a series of exhibitions that pair a Cuban artist with an artist from another culture.

Since the 1950s, Villeglé has made art from torn and eroded street posters, making him an interesting match for Fonseca, who creates abstract works from paint fragments taken from building facades around Havana.

Sponsored by the Brownstone Foundation and presented in their Paris art space, the exhibition runs through June 15.

Like Fonseca, Pavel Acosta works with paint chips gathered from flaking walls, a process that he picked up as a young artist in Havana. At the University of Wyoming Art Museum in Laramie, Pavel Acosta: Stolen from the Museum presents the artist’s latest interpretations of classic artworks, from Monet’s Poppies to Peregrine Falcons by John James Audubon. Through August 10.

Several Cuban films are part of “The Hour of Liberation: Decolonizing Cinema 1966-1981,” a new series launching this Friday, May 24, at the Film Forum in New York City.

We join in mourning and remembering Dr. Katia Ayón Manso, sister of artist Belkis Ayón and tireless advocate for her work. Dr. Ayón Manso died last Friday, May 17. She was a driving force behind Nkame: A Retrospective of Cuban Printmaker Belkis Ayón, which brought her sister’s work to a wide audience in the US, earning a review in the New York Times and a belated obituary for the artist. Nkame debuted at the Fowler Museum at UCLA in October 2016, before traveling to El Museo del Barrio in New York City, the Scottsdale Museum of Contemporary Art in Arizona, and the Kemper Museum of Contemporary Art in Kansas City, Missouri.