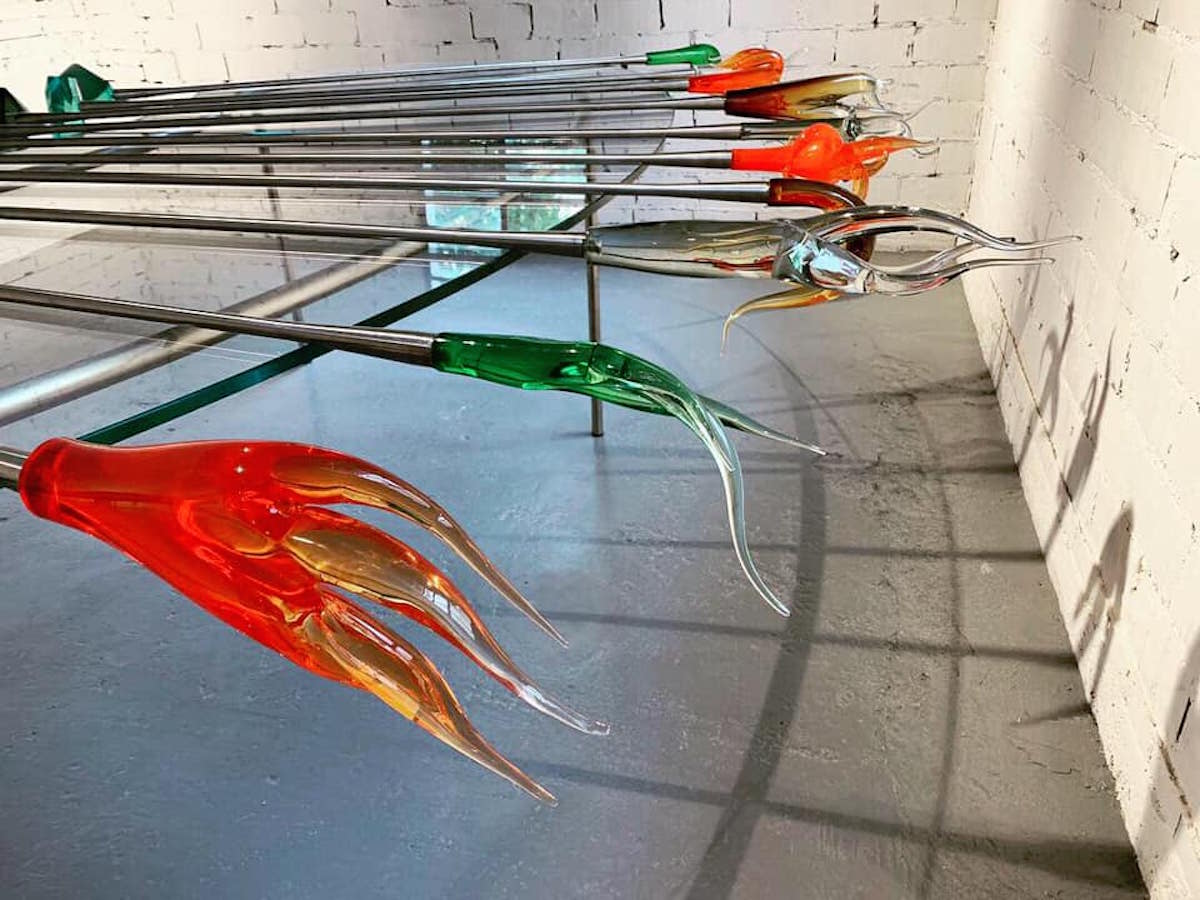 With the Venice Biennale officially underway, the island’s presence in the “city of canals” has been bolstered by several collateral exhibitions of Cuban art.

Opening this past weekend, Cuba: Identity and Difference brings together some 30 artists of different generations in the first of two exhibitions at the Palazzo Ca Zenobio.

Curated by David Mateo of Artecrónica and Suzzete Rodríguez, the show features work by such artists as René Francisco, Rocío García, Los Serones, and Lidzie Alvisa.

Closing June 11, Identity and Difference will be followed at Palazzo Ca Zenobio by Horizontes de utopía. Opening June 13, it runs through July 13.

At the Palazzo Loredan, Istituto Veneto di Scienze, Lettere ed Arti, the American Friends of the Ludwig Foundation of Cuba are presenting Carlos Quintana: In Finito. Opening this past weekend, the show of large-scale paintings and other works runs through July 29.

Works in glass by Carlos Garaicoa and José Parlá are part of Glasstress 2019, an exhibition of glass-based art by more than 50 international artists. Curated by Brazilian-US artist Vik Muniz and Belgian artist Koen Vanmechelen, Glasstress 2019 is a project of the Fondzaione Berengo and is presented in its art space in Murano, a part of Venice renowned for its glassmaking. On view through November 24.

Curated by Margarita Sánchez Prieto, Entorno aleccionador (A Cautionary Environment) is the exhibition presented in the official Cuba Pavilion on the island of San Servolo. As Artnet News has noted, many of the pavilions in the Biennale address issues of climate change, and the Cuba Pavilion is no exception.

Works on view include Penance by Ariamna Continho, a stamped-paper landscape and installation based on the number of birch trees needed to produce a ton of paper. Alex Hernández’s work, Estado natural, is based on the manipulation of honeycomb structures in beehives. On view through November 24.

Presented May 5 at the Lightbox at Goldman Warehouse, “Creativas^2: Havana-Miami Creatives Exchange” spotlighted women whose work embraces both art and commerce.

The event was sponsored by the Havana-based HAPE Collective and Miami-based CubaOne and Cuba Educational Travel.

Much of the discussion touched on the new sanctions on remittances to the island and travel to Cuba, recently announced by the Trump administration.

“We’ve always lived in a very complex situation,” Vives said of her art space, Studio Figueroa-Vives. “The new policies will affect us, that’s true, but that won’t stop us from creating. We will keep going.”

Lauren Fajardo agreed. Earlier this year, she and two partners launched Dador, a sustainable clothing, art, and lifestyle brand with a shop in Habana Vieja.

Speaking at the conference is an opportunity to point out “the importance and impact that the current movement of Cuban entrepreneurs has on the building of a new path for future generations,” she told OnCuba magazine.

And a Show in New York

At Faction Art Projects in Harlem, Armando Mariño: La Selva Oscura presents recent works by the Cuban artist, who for many years has lived in the New York City area and upstate New York.

The exhibition’s title references the “dark forest” of Dante’s Inferno, which Mariño sees as a metaphor for disorientations ranging from adolescence to immigration and homelessness.

His large-scale painting The Mexican (2019), for instance, depicts a young man whose face is shrouded in darkness, draped in a bright yellow quilt covered in flowering magnolia branches.

The figure stands in water—an element that is “something religious” in the Afro-Cuban tradition, Mariño told reporter Karen Pennar.

One of the most personal paintings in the exhibition is A Boy with a Future (2019), a portrait of his son, now 13. “For Mariño and his family, some of the adjustments to life in the U.S. have been difficult,” Pennar wrote, “and he said that his son has experienced hatred and bigotry in school. ‘It’s the first painting of my son. It’s important for him and for me, and I dedicated it to him.’”

Armando Mariño: La Selva Oscura is on view through Saturday, May 25, at Faction Art Projects.