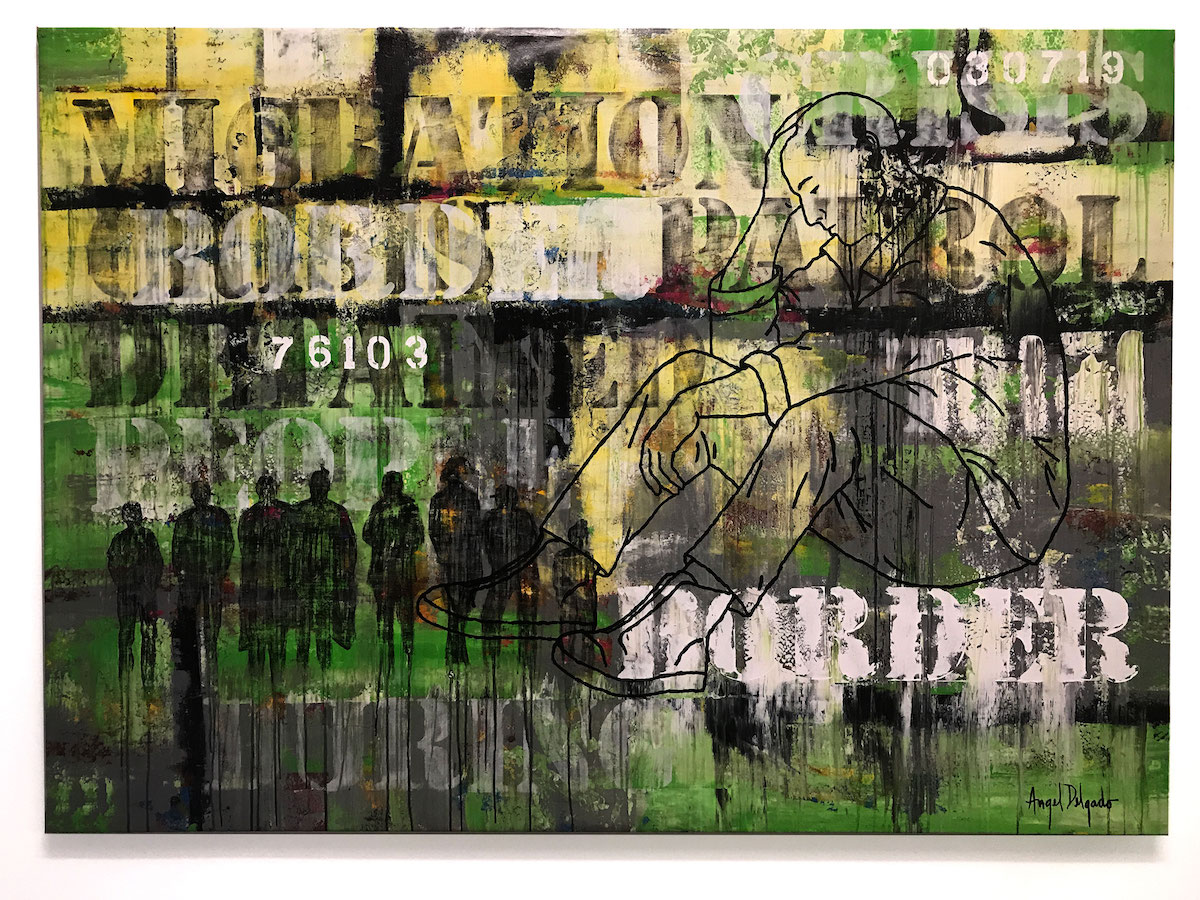 In Past Forward, seven US-based Cuban artists present works that discuss their shared past while pointedly looking to the future. The exhibition reflects on the use of memory and nostalgia as creative resources for artists living outside Cuba.

The project aims to liberate the diaspora from the “shackles” of nostalgia, affirming that, rather than denying an artist’s identity, the new—the evolution of the formal and the aesthetic—represents vital creative autonomy.

According to Richard Peña, co-curator of the show with Alexis Mendoza, “Much of contemporary Cuban art seems haunted by the past, by ghostly apparitions that are reanimated in reproductive media.”

Past Forward, he adds, “underscores the unique power of reproductive media, while documenting a widespread contemporary obsession—both collective and individual—with accessing the past.”

From this perspective, the past is understood as the use of themes, devices, techniques, and technologies that are almost extinct, which nevertheless appear again and again in the art of the Cuban diaspora.

Several generations of artists are gathered in the show, and the plurality of voices and experiences enriches the exhibition’s aesthetic and formal aspects. Ángel Delgado, Armando Guiller, Frank Guiller, Alexis Mendoza, Naivy Pérez, Paola Martínez Fiterre, and Elio Rodríguez are included in the exhibition, which opened last month at El Barrio Artspace PS109.

Past Forward includes large-format paintings, photography, sculpture, and performance works. For Paola Martinez, the youngest member of the group, the variety of styles and media is “the best thing about this exhibition. It might seem impossible to think of a project with all this together,” she told Cuban Art News.

Martínez presented a performance on April 20, along with a suite of related photographs. She continues to explore recurring elements in her work, such as the use of red fabric and the female body. Her provocative feminist discourse includes a personal poetry that continues the lineage of Cuban women artists like Marta María Pérez and Cirenaica Moreira.

Frank Gueller, another photographic artist, uses the camera to explore the individual memories of New Yorkers, utilizing a transcultural vision associated with the experience of immigrants.

Ángel Delgado turns to painting for his criticism of the media. From Los Angeles he brought works from his “Headline” series. Based on controversial recent news headlines, these paintings manipulate the original meaning of the events.”I try to disguise the news and manipulate it as the news does with us,” he said.

Armando Guiller’s sculptures, with their helical forms, invoke the structures of memory and a nonlinear concept of history, and of the evolution of an individual in his space and time.

Elio Rodríguez surprises us with the suggestive power of his sculptures, his suggestion of organic elements and fragments of the human body, his fragility and surprising capacity for fusion with other structures.

Works by Naivy Pérez provoke reflection on the expressive power of common objects and their symbolic values, whose meanings are altered when contextualized as art.

On the other hand, Alexis Mendoza’s paintings substitute materiality for abstraction, creating a world in which color dominates the space of the work, through which spirituality and mystery emerge.

This is the second exhibition—after Relocated in 2018—that Alexis Mendoza has organized for the community in Harlem at El Barrio Artspace PS109. Past Forward runs through this Friday, May 3.