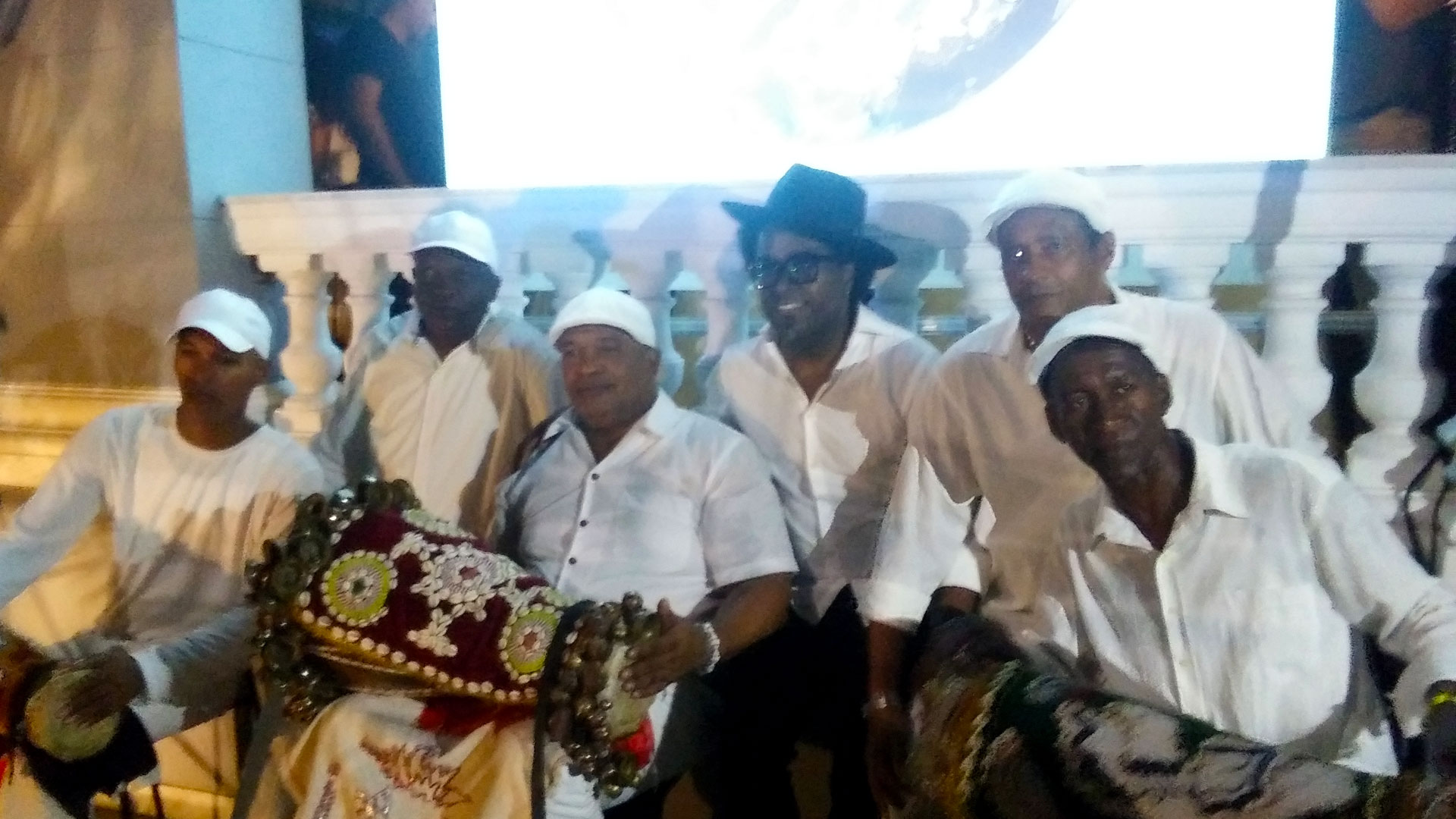 With the Havana Biennial set to open today, a few exhibitions got the jump on things by opening last night.

Among them was “Obsesiones y acumulaciones: el gabinete del artista,” presented jointly by Estudio Figueroa-Vives and the Norwegian Embassy in Cuba.

The artists on view included Fernando Rodriguez, Javier Castro, Lorena Gutierrez, and Alexandre Arrechea, among others.

As part of his project, Arrechea presented the debut screening of “El rostro de la nacion” (The Face of the Nation), a stop-motion video animation.

The work was projected on a screen on the porch of the Norwegian Embassy building, with guests gathered in the yard and on the street.

The screening was accompanied by a group of drummers and singers who performed a series of powerful chanted works.

Here is a short video clip of the performance of “El rostro de la nacion.”