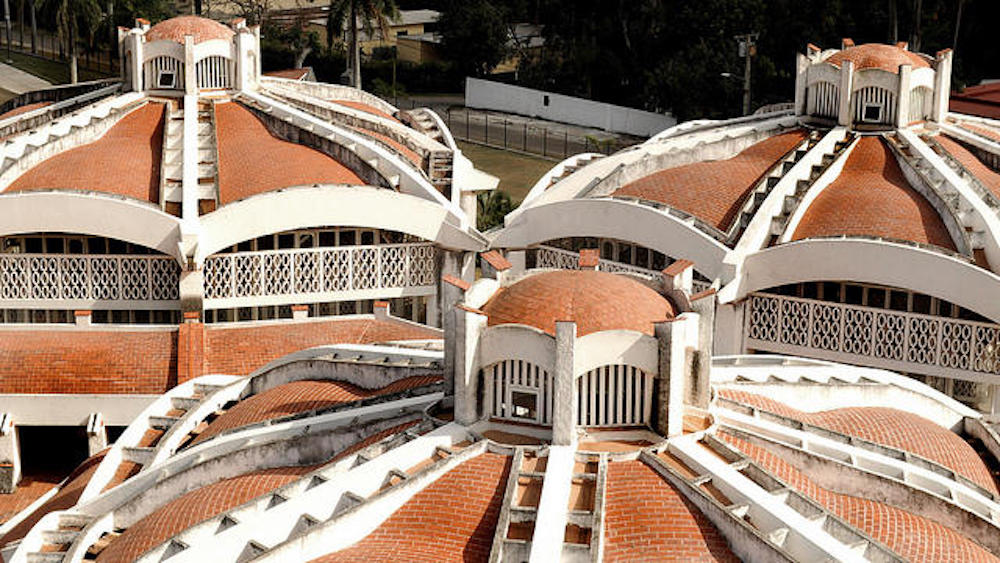 Marking the 500th anniversary of Havana—and renewed international interest in the National Art Schools of Havana—Cuba has presented its first pavilion since 1968 in the triennial of architecture and design in Milan, Italy.

The XXII Triennale di Milano opened March 1. With the theme “Broken Nature: Design Takes on Human Survival,” it explores the concept of restorative design and its applications worldwide.

“The exhibition gathers examples new and old, from different fields, and with different applications, to establish a contemporary sphere of research and actions,” said the Triennale’s curator, Paola Antonelli, senior design curator and director of research and development at the Museum of Modern Art, New York.

Collaborating with a broad working group, Fernández Torres incorporated content created by students and professors at ISA: images and videos offering a glimpse of the day-to-day experience of the buildings and their ongoing adaptation and evolution.

“It would be impossible to refer to the history of modern and contemporary architecture of the planet without mentioning the National Art Schools,” Fernández Torres wrote. “In them, form does not yield to function, nor does function yield to form. Because the space is unlimited, it opens up. It changes, like a living structure that reconfigures itself with organic elements.”

“Porro, Garatti and Gottardi, despite their personal styles, fostered a visual unity in all they did,” Fernández Torres wrote. “Produced in local kilns, the buildings’ bricks and tiles reflect the island’s craftsmanship, and their clay embodies the Cuban earth.”

“In a climate of total creative freedom, the three young architects designed buildings that embody the essence of cubanidad, each of which retains a personal imprint,” the curators stated in the Italian publication Social Design Magazine.

“Their contribution was decisive for the development of a complex of great charm and originality, but also capable of resisting the ravages of time, leaving open the prospect of new restoration and completion—only two of the five buildings were completed at the time.”

Along with the original schools, the Cuban pavilion presents two projects for the schools’ conservation and restoration, both of them involving Italian universities and institutions.

The first project—to draft a plan of conservation and management for the entire complex—is being coordinated by the Polytechnic of Milan, with the University of Parma and Princeton University in the US. Vittorio Garatti, the last surviving original architect, is also participating. The plan and its development are funded by the Getty Foundation as part of the Keeping it Modern program.

The second project supports the restoration, structural consolidation, and reuse of the theater school, which was designed by Roberto Gottardi. It is funded by the Italian Ministry of Foreign Affairs with the collaboration of the Cuban Ministry of Culture, the Cuban International Collaboration Center, the department of architecture of the University of Florence, and ISA.

The Italian government is contributing 2.5 million euros to the project.

Below, a short video—less than a minute—traces the installation of the Cuban pavilion at the Triennale, and offers a drone-camera view of the finished presentation.