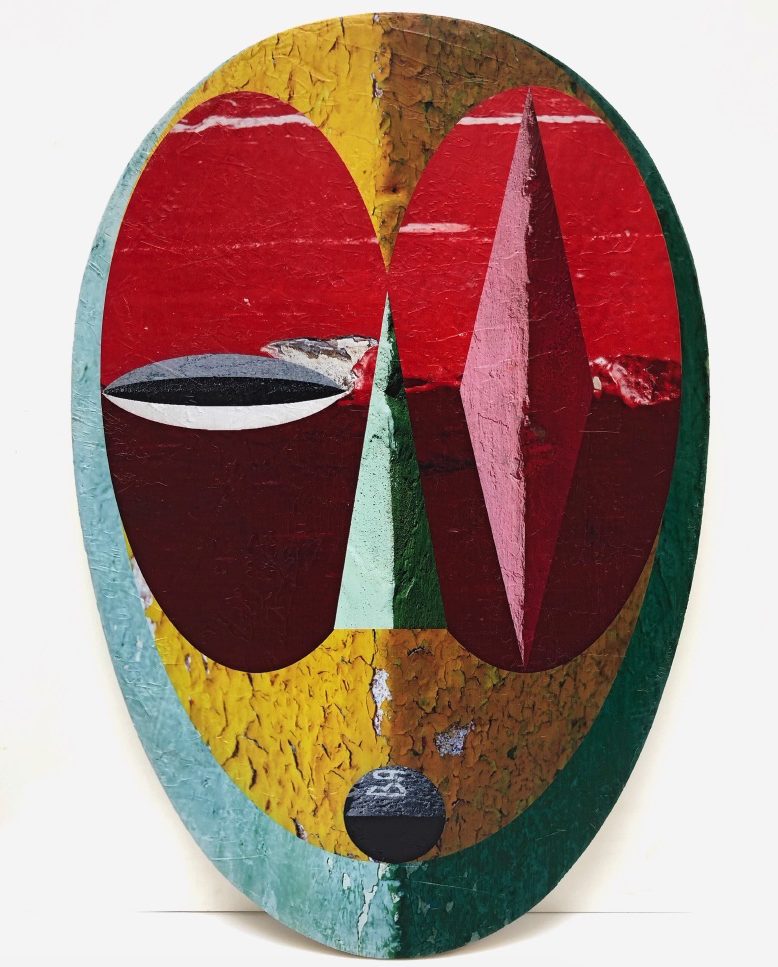 Cuba makes a splash in New York this week, with three new exhibitions and a MoMA screening.

Saturday: Glenda León at MoMA. MoMA’s prestigious annual Documentary Fortnight series is an international showcase for documentary films. This year’s schedule includes Hablando con Dios (2018), a short video by artist Glenda León. “In the pews of an ornately decorated Baroque church,” the description reads, “congregants worship a new-age God that challenges the meaning of Higher Power.” Presented in collaboration with Cinema Tropical, Leon’s work is part of the program, “Presence of Place.” It screens at MoMA this Saturday, February 23, at 4 p.m. Tickets and information here.

Tuesday: Alexandre Arrechea: Corners. For his first New York show at Nara Roesler Gallery, Arrechea continues an acclaimed series that was first presented in Havana in 2015. The raw material for the Corners series is photographs of Havana street corners and building facades—well-known gathering places, anonymous structures, and locations with deep historical resonance. Combining and layering these elements, Arrechea fashions them into images resembling tribal masks. Superimposing one image—one location—over another, he reorders them into a new relationship and a different identity.

“Is Arrechea shrewdly alluding to the strong African elements in Cuban culture?” asks noted art historian Lowery Stokes Sims in her exhibition essay. “Is he capturing glimpses of the city and its architecture through virtual keyholes? In fact, who is actually wearing the mask? The city? Or us as furtive observers of its daily comings and goings?”

Next Thursday: Ricardo Brey: Doble Existencia / Double Existence. A pioneering member of the 1980s generation of Cuban artists, Ricardo Brey has lived in Ghent, Belgium since 1990. His recent work explores binary concepts—life and death, masculinity and femininity, manmade and organic—that he calls a “double existence.”

In his debut show at Alexander Gray Associates in Chelsea, Brey presents large-format drawings from his Inferno series, and new sculptural works like Leo (2018) and Meditatie (2018), that reference both Flemish architecture and Yoruba spirituality. The opening reception next Thursday, February 28, runs 6–8 p.m.

Next week: Cuban art at ARCO Madrid. Two Havana art spaces are bringing artists to one of Spain’s largest and most prestigious art fairs. As part of the curated section “Diálogos” (Dialogues), Galería La Acacia is pairing the work of artists Marta María Pérez and Lisette Castillo. Photographs from Pérez’s series Para Concebir (To Conceive) will be presented alongside Castillo’s sand sculptures, which are often the subjects of her own photographic works.

In the fair’s general section, the art space El Apartamento will present an exhibition on the theme of the fragment, featuring the work of Diana Fonseca, Yaima Carrazana, Reynier, Leyva Novo and Juan Carlos Alom.

Bulla Cubana in Gainesville, Florida. A celebration of Cuban arts and culture, Bulla Cubana (Cuban Uproar) kicked off in January before heading into high gear this coming month. The festival’s centerpiece is Cuban Ingenuity – The Artistry of Everyday Inventors, which opens on Sunday, March 10, at Gainseville’s new Cade Museum for Creativity. Organized by Gabriela Azcuy and Jorge Lavoy with Anne Gilroy, the show explores the “inventions of necessity” that characterize life on the island—repairing, repurposing, and redesigning everything from US automobiles to Soviet-made washing machines. Guest artist Esterio Segura will be on hand for the opening, and for the gala Fiesta Luminosa on March 9.

On Saturday, March 2, The Art of Pedro Pablo Oliva opens at the Harn Museum of Art, followed on March 17 by a discussion and book-signing with the artist. Other Bulla Cubana events include film screenings, panel discussions, and a special “Ask a Scientist” session about Cuba.

Mosquera’s “useless machines“ at the Bronx Museum. For curator Gerardo Mosquera, machines aren’t necessarily meant to be functional. His exhibition Useless: Machines for Dreaming, Thinking, and Seeing brings together artist-made machines whose purposes are all the more valuable for being utterly impractical. Artists Jairo Alfonso and José Iraola join an international roster that includes renowned inventors of useless machinery, such as William Kentridge, Wim Delvoye, and Peter Fischli & David Weiss. The exhibition opens March 27.