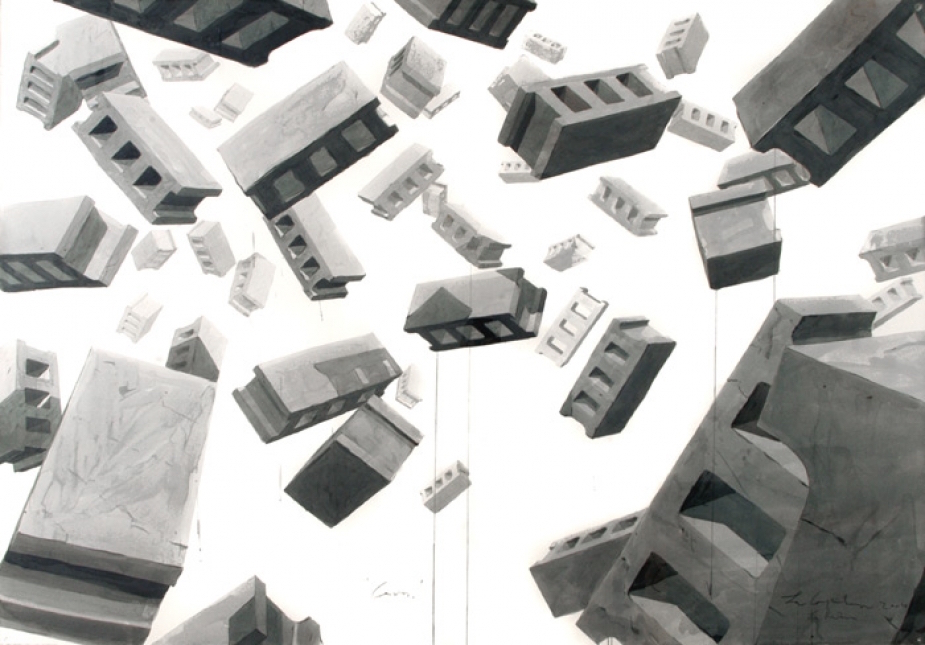 What an interesting year.

In 2018, Cuban artists continued to expand their presence internationally, with the acclaimed Belkis Ayón retrospective continuing its US tour, the Ana Mendieta film exhibition traveling to Berlin and Paris, and Tania Bruguera mounting exhibitions at MoMA and Tate Modern, London.

The Artes de Cuba festival at the Kennedy Center in Washington, DC, made headlines in the US capital, introducing American audiences to Cuban art and culture.

Cuban Art News covered these topics. But none of them made this year’s Top 5 stories.

Instead, readers gravitated to stories of preservation and consolidation: new approaches to archiving, new directions for artists, and positive art market news.

Here are our top 5 stories for 2018, followed by quick links to the runners-up.

NOTE: Regular readers may have noticed that Cuban Art News has published less frequently this month. We are in the process of upgrading our website system, and over the coming weeks, our publication schedule might be a little irregular. For frequent updates, check the Cuban Art News Facebook page.

1.  The Women Behind the Cuban Archives

“This collection is about more than just Cuba; it’s also about Miami, and about South Florida,” Elizabeth Cerejido told Cuban Art News interviewer Rosa Lowinger. Cerejido, recently appointed chair of the Cuban Heritage Collection (CHC) at the University of Miami.

Tucked into an upstairs corner of the University of Miami Library, the CHC is the largest compendium of materials on Cuban studies outside Cuba. Covering both Cuba and the Cuban diaspora, the CHC’s holdings include books, manuscripts, letters, periodicals, archival materials, art objects, and rare historical documents. “There really is no other institutional space like it here,” Cerejido said.

This year marked Mendive’s first solo exhibition at a New York museum, Nature, Spirit, and Body, which opened this summer at the Bronx Museum of the Arts. At the museum, the show’s curator Christine Licata took readers on a walk-through of the exhibition, and the work of the artist she called “the historian for the lion.”

The show included two suites of paintings and sculptures that premiered earlier in the year in the Artes de Cuba festival at the Kennedy Center.

As her acclaimed retrospective continued to tour the US and a belated New York Times obituary introduced her to new audiences, master printmaker Belkis Ayón (1967–1999) set a world record at auction for her collograph Untitled (Sikán with White Tips).

Ahead of the fall contemporary art auction at Phillips, Cuban Art News spoke to Kaeli Deane, head of Latin American Art, for her take on the current market for contemporary Cuban art.

“It is interesting to see contemporary Cuban art being more widely collected internationally,” Deane said in the interview. “Cuba has long been seen as a mysterious and inaccessible place, but the growing market for Cuban art has helped to expand public knowledge about the country.”

5.  The Man Who Saved Havana (and Other Stories)

From an essay on Cuban art collecting to a Billboard take on el paquete and the island’s music industry, the summer season brought in-depth, thought-provoking coverage of Cuban art and culture.

Our round-up of must-read stories (and one video) led off with a Smithsonian magazine profile of Dr. Eusebio Leal Spengler, the Historian of Havana. “Perhaps only on this island obsessed with its operatic past could a historian become a celebrity on a par with a Clooney or DiCaprio,” the magazine wrote.

AND THE RUNNERS UP

In numerical order, the next most popular stories were…

6.  Breaking News: The Art Group Los Carpinteros is Moving On

Wishing all our readers, friends, and colleagues a happy and productive 2019.