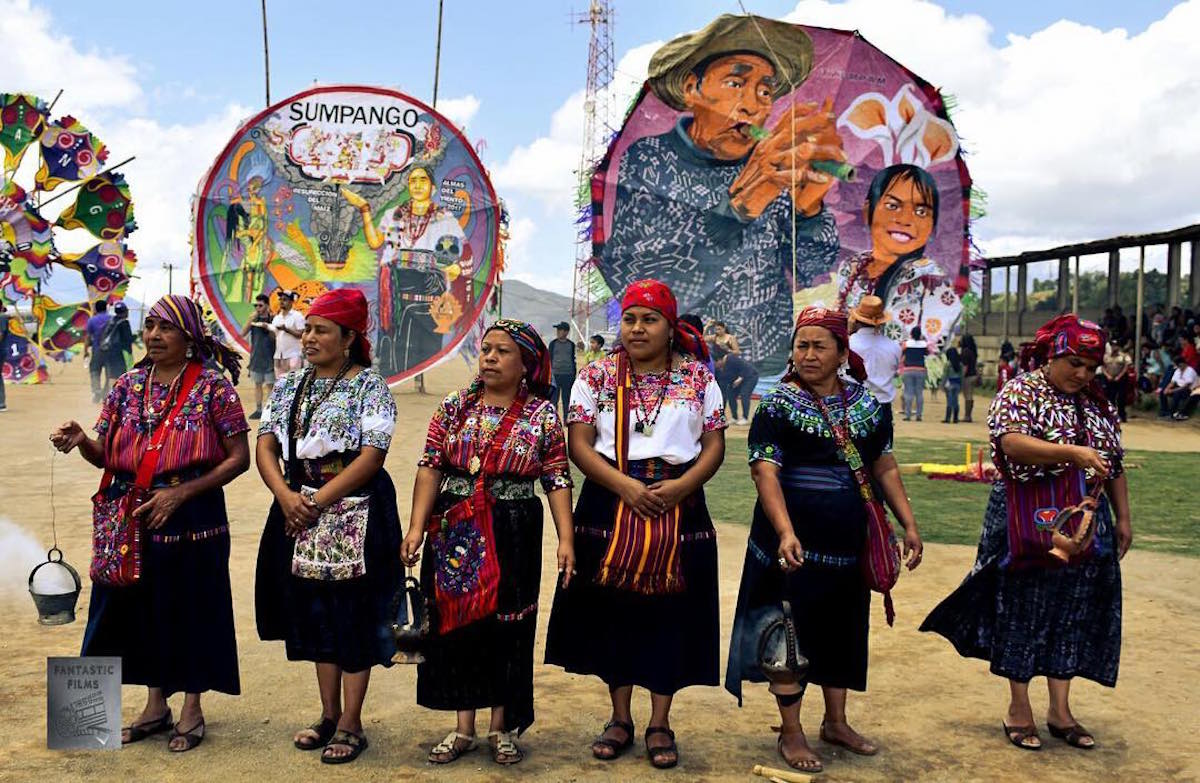 The 21st Bienal de Arte Paiz took place in Guatemala this summer, running August 16–September 16. It is the second-oldest biennial in Latin America (after São Paulo) and the sixth-oldest in the world.

Curated by Gerardo Mosquera, with support from Maya Juracán and Laura Wellen, this year’s edition took the theme “Más allá,” or “Go Beyond.” It was envisioned as a more open, inclusive, and conversational event, decentralized in time as well as geographically.

“For a country like Guatemala, so complicated but with such an important artistic tradition, it is necessary to propose a biennial anchored and well involved in what is happening in the current Guatemalan society,” Mosquera told writer Josseline Pinto in an interview published in Esquisses.

“I have been very critical about biennials that land like flying saucers in one place, and then take off and leave,” he said.

Previous editions of the Bienal were based almost exclusively in Guatemala City. But this year’s Biennial also hosted events in the towns of San Pedro La Laguna, San Juan Comalapa, and Sumpango, all home to traditional indigenous communities.

“I do not pretend that the works [in this year’s Bienal] are more user friendly for the public,” Mosquera told Pinto, “but that the people of certain groups and communities are the own actors of these works.”

He specifically cited the project by artist and educator René Francisco, who led a group of volunteers who worked with terminally ill patients at a Guatemala City hospital, creating meaningful artworks from objects that the patients chose as significant.

Asked about the project, Francisco wrote: “I believe that, due to my long experience in developing collective projects, where the action of art is inserted in a specific context, I was invited by Gerardo Mosquera to participate in this Bienal.”

Working in “a zone between pedagogy and art,” Francisco assembled a group of 12 volunteers—art students, designers, economics graduates—with the aim of working with six patients. But two patients had to drop out due to complications of their conditions and its treatment, so the group was reduced to four patients and ten volunteers.

Francisco met intensively with the volunteers before they began to meet with the patients. Hospital staff, including therapists and psychologists, were part of the meetings with patients.

Although the number of face-to-face meetings were limited by hospital psychologists, said Francisco, “we established an extraordinary communication through a WhatsApp chat. Through the chat the patients followed the thread of creation and assembly” of the resulting exhibition.

“There was always that interpersonal relationship, he added, noting that the students, his assistant, “and from afar the patients,” shaped the gallery space and created the installation.”

The space in which artworks were presented resembled a hospital room, filled “with the objects provided by patients—photos, CDs, music and films, letters, earrings, chemotherapy caps and serums, shoes. There were some very special letters. Personal stories.”

The project also included video documentation of the entire process.

“All these objects had a very emotional, very close relationship to their owners,” Francisco wrote. Once the Bienal ended, the objects were returned to the patients by volunteers aided by hospital staff.

Shortly before the Bienal opened, Francisco took part in a conversation on “Arte social y colaborativo” (Social and collaborative art) with Puerto Rican artist Jesús “Bubu” Negrón and Panamanian artist Humberto Vélez, whose Bienal project was a day-long festival in the town of Sumpango, organized with the local community, artists, and leaders.

Tania Bruguera was also slated to participate in the Bienal, with a performance exploring aspects of women’s identity. Her public talk, “Exploración del ‘Arte Útil’” (Exploration of ‘Useful Art’), was intended to share writings and reflections on ‘useful art,’ based on her own experiences.

Bruguera’s commission for the Tate Modern Turbine Hall—with a numerical title that changes daily—opened on October 2 in London, where it runs through February 24.

Centered on artistic production from Central America, this year’s Bienal Paiz recognized that “contemporary art does not live exclusively in the capital’s white cube galleries, but rather in a variety of different spaces: from wheat-pasted posters on the streets to a patio of a university building to indigenous communities far from Guatemala City,” wrote journalist John Pluecker in Artnet News.

“Indeed, the strength of the 21st Bienal de Arte Paiz is rooted in its desire to connect with communities otherwise marginalized within Central America. Because of that, the biennial provides a variety of artistic and curatorial models”—including approaches developed by Cuban curators and artists—“for community engagement and decolonial strategies more broadly.”