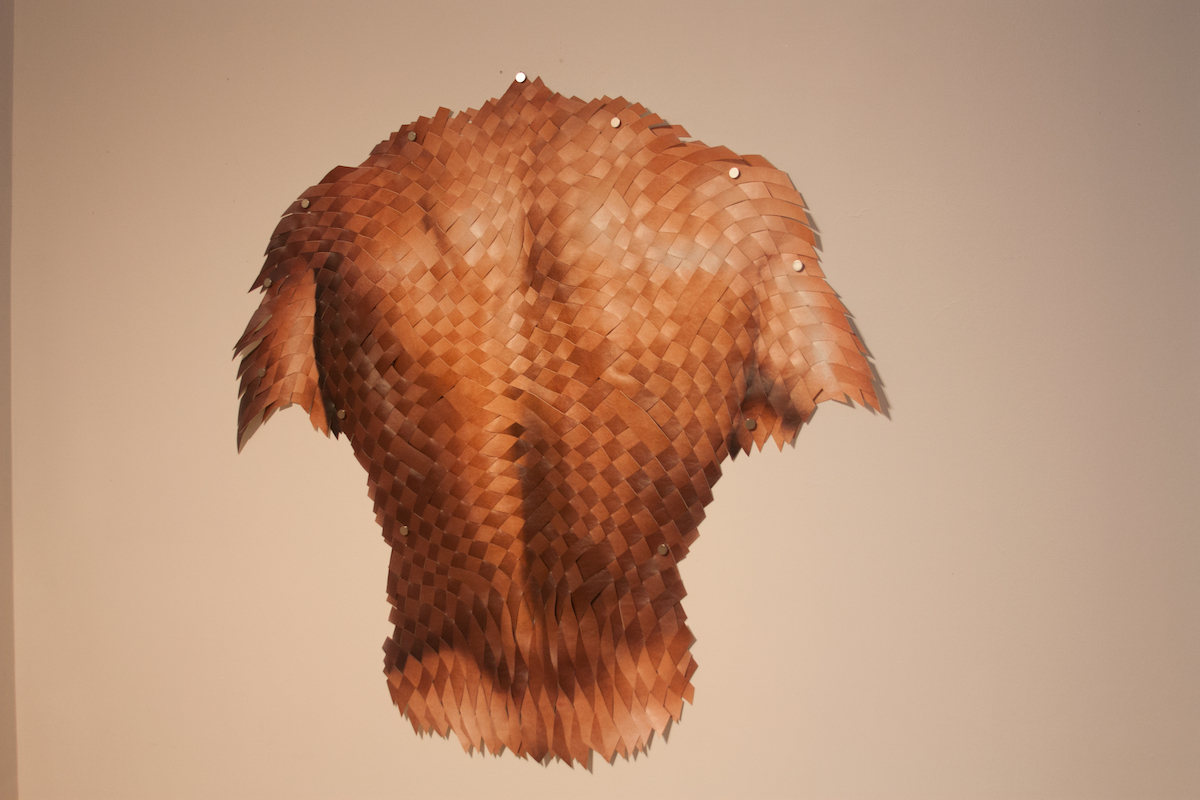 From his studio in Midtown Manhattan, Jorge Otero traces guidelines onto the photograph that he will cut up to become the basis of his next work. The portrait is technically beautiful: a soft light falls on the naked torso of Adrian Clay, principal dancer of the New York City Ballet. But Jorge Otero finds beauty only in what his hands can put together, in the result that emerges from the pieces that have been cut out and returned to him, to be assembled with the patience and concentration of his hard-working hands.

We are late in Otero’s stay in the Residency Unlimited artists-in-residence program, which started in early July and will end in late August. With this residency, Otero joins the list of Cuban artists that this institution has brought to New York in recent years. As part of the program, the residency gives artists the opportunity to develop a piece of work work while becoming acquainted with curators, collectors, and art institutions in the city.

The photo of Adrian Clay that he works on now is Otero’s residency project. He wants to see it become more than a photograph—to become a piece with dimension and depth. Perhaps two months isn’t enough time to reach his goal of converting the image into the multidimensional object he has in mind. But he has that intention, the desire to make that leap from the photographic to the sculptural. Photography is not enough anymore.

This work is a follow-up to one from 2017—Pellejo, the image of a naked man’s back, composed of strips of woven vinyl. Otero brought it with him to New York and it now hangs on one of his studio walls.

“I return to the subject of identity and the use of vinyl, which is one of the materials that interests me most now. It seems like another skin,” he told Cuban Art News.

Although this time the figure that poses for him is a dancer from New York rather than a Cuban peasant—a recurring image in his work—the common thread is the naked body as an inexhaustible field of symbols. Otero continues to explore that masculine body of the classic canon, approaching the perfection of the Greeks.

Otero is searching for that body that can forego clothes and ornaments. In essence, it is the symbol that reminds us of the universal—the skin that covers the bones and organs of humans everywhere. Otero wants to establish that dialogue with the viewer, regardless of what part of the world s/he is in.

In analyzing how his work has evolved in the decade since he graduated from the Instituto Superior de Art in 2007, the one constant that emerges is taking possession of the body as an expressive medium and semantic terrain. “Over time I have become more abstract,” he says. “I’ve been narrowing the scope more and more, from the whole body to the details.”

But while the scenario, the light, and the scents may change with each location, Otero continues to be obsessed with his very particular way of representing the theme of the Cuban peasant—the guajiro. There in the studio, his work Pensamiento histórico (Historical Thought) hangs as the centerpiece on another of the walls that he himself painted white when he first arrived. The image depicts a man in a straw hat holding a machete, covering his crotch.

Why this obsession with guajiros?

“I am interested in the iconography of the Cuban countryside for creating a character, to discuss issues such as identity, emigration, and the periphery. These are universal issues, from my perspective. The image of the peasant that I use is not the traditional one—it’s different. There’s a content, a discourse of change. That gesture for me has meaning: to reflect an evolution, another perspective. From there,” he says, “I start knitting.”

Arriving for his residency in New York, in his suitcase Otero brought a machete, a hat, and some boots. He’d already visited the city once before, in 2014. Then, he did a performance work in which he dressed as a guajiro, kneeling to listen to the ground in Times Square. He has no intention of repeating it this time in another location. But just in case, whenever he travels outside Cuba, Otero carries the gear with him.

Otero’s work has been shown in New York on three previous occasions: as part of a group show of Cuban art at the Robert Millery Gallery in 2014, and with the Panama City and Havana–based NG Art Gallery at the Scope Art Fair in 2016 and 2017. But this is the longest stretch of time that he’s lived and worked on a project in New York, feeding on the creative energy of the city.

After New York, Otero will head to the Beirut Art Fair in Lebanon in September. As usual, the boots, machete, and hat will travel with him.