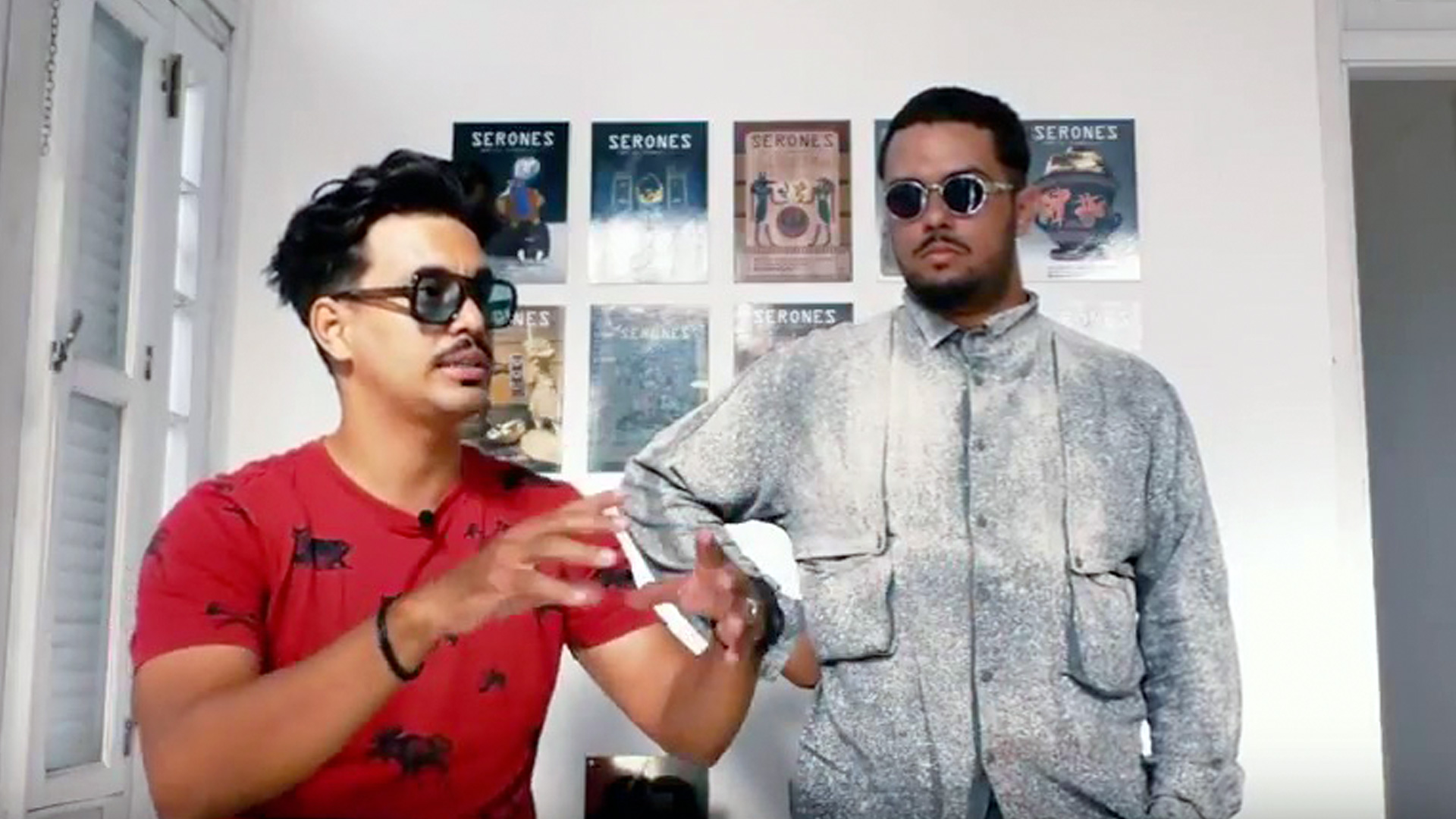 With the devastation of Hurricane Irma last September, the 13th Havana Biennial was postponed and later rescheduled to spring 2019—four years after the 12th edition was presented in 2015. For artists on the island, the Biennial and the events around it are an essential opportunity for visibility, recognition, and sales, and the postponement was a discouraging development.

Last fall, a group of artists began organizing an event they called the #00Biennial. As an alternative event, the #00Biennial does not receive official support and is funded through private contributions.

The #00Biennial runs May 5–15. Approximately 70 artists are participating, including artists from Mexico, Colombia, Spain, Portugal, Angola, and the Ukraine.

Some 40 Cuban artists and curators are taking part, including Celia y Yunior; Hamlet Lavastida; and Reynier Leyva Novo, who made news by selling one of his artworks to the Consejo Nacional de Artes Plásticas (CNAP) and donating his payment to the #00Biennial.

According to the #00Biennial Facebook page, Gerardo Mosquera, a founding organizer of the Havana Biennial and a curator of its first three editions, will participate in a #00Biennial discussion on the theme of “Posturas del arte frente a espacios de riesgo” (“Art stances in spaces of risk”).

To better understand the #00Biennial and its program, Cuban Art News sent a few questions to the #00Biennial organizing team. Here, edited for length, are their responses.

Tell us about the #00 Biennial. How is it structured?

The structure of the #00Biennial is very simple: Taking the experiences and energy of the independent spaces as a starting point, we built a collective event based on collaboration and an international profile. We named the #00Havana Biennial.

It was born at the moment the Cuban cultural authorities announced the postponement of the macro-official event [the 13th Havana Biennial] due to the lack of resources caused by Hurricane Irma. When this was made public, there was a strong reaction on the social networks.

After three years of waiting, organizing projects, imagining again and again the best strategies for presenting themselves and their work, Cuban artists were left without a Biennial.

In those first moments we worked among friends, as volunteers. We designed posters and spots to give a little visual body to the initiative, and for that more people were added.

What we organizers wanted—and still want—is for the #00Biennial to be seen as a cultural event marked by a diversity of aesthetics, ideas, and forms, where nothing is excluded.

Approximately how many artists are participating? In what types of spaces will the exhibitions and events take place?

A total of 70 artists are participating. Here is as broad a list as we can provide:

The spaces we will use are located throughout Havana. Among them are artists’ studios, private homes, and art spaces such as Espacio Aglutinador. The neighborhoods of Habana Vieja, el Vedado, Marianao, Centro Habana, el Cerro, and La Habana del Este will be the main areas, although we will also have presentations on the outskirts of the capital, such as the project by Soandri del Río, Fricción Brake.

As a visitor in Havana interested in attending the Bienal, where would I start? Where would I find information about exhibitions and events?

The program for the event will be made public close to the opening date. That program will circulate on social networks, and in print on the day of the opening.

Reynier Leyva Novo, one of the artists in the #00Biennial, recently sold an artwork to the Consejo Nacional de Artes Plásticas (CNAP). He donated his payment to the #00Biennial. What are other sources of support?

One important source in the online crowdfunding campaign. And of course, all the people involved. In the end, the #00Biennial was always conceived as a collaboration among friends and colleagues.

From your perspective, what is the relationship of the #00Biennial to the Havana Biennial?

We think it [the Havana Biennial] is super-important and essential in contemporary Cuba. The #00Bienal de La Habana will be a one-time event. That’s why we call it “0,” because of the proposal we are making, of rebirth or re-counting. We made it “00” to associate it with digital language, a characteristic of our times.