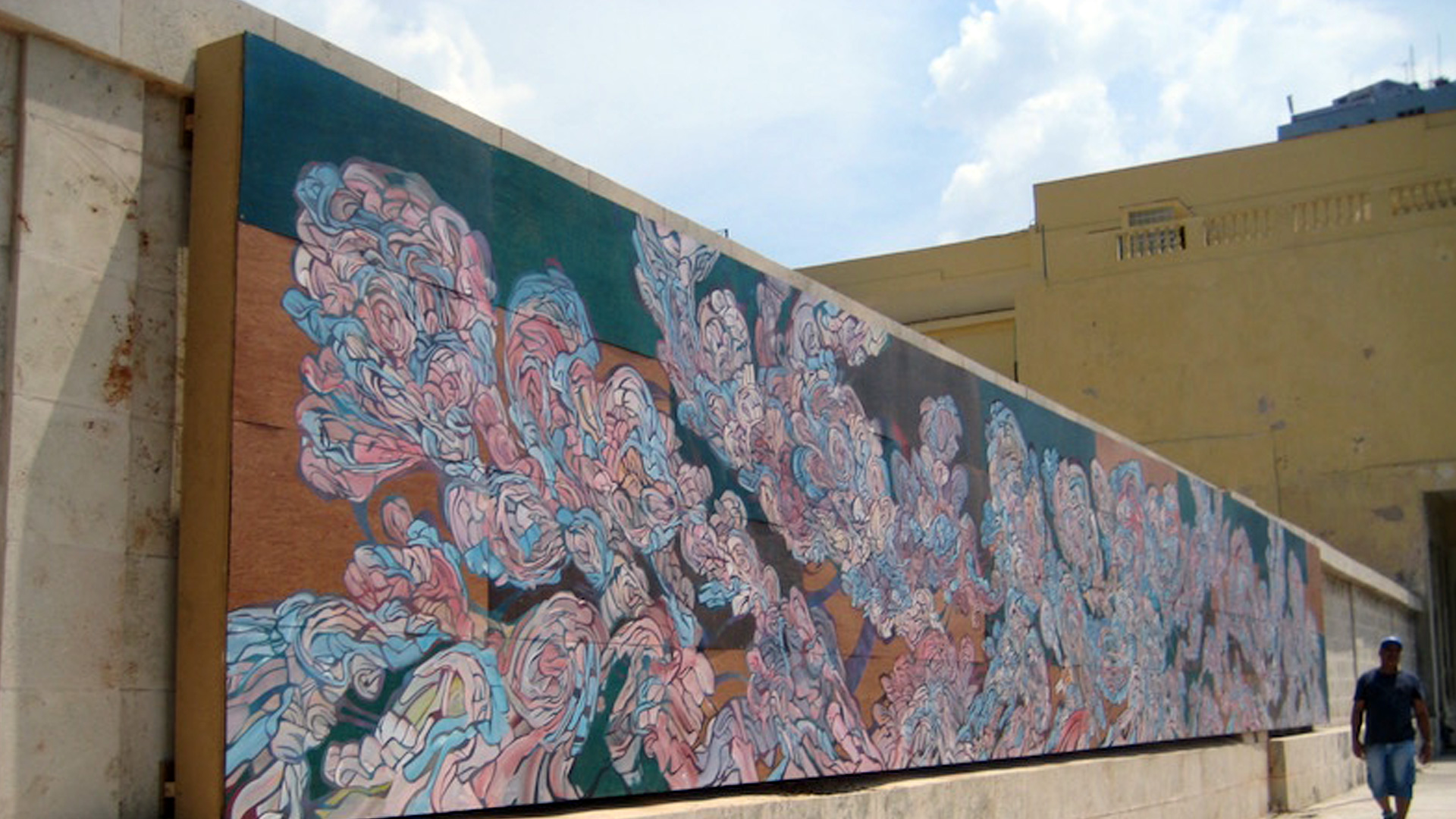 In a season that has already seen a Cuban performing arts festival in Philadelphia and another opening this weekend in New York, the largest and most ambitious celebration of Cuban art and culture is headed to Washington, DC.

Opening at the John F. Kennedy Center on May 8, the Artes de Cuba festival will augment a full schedule of dance, theater, music, and film with installations by seven Cuban artists—five from the island and two from the US.

Alicia B. Adams, vice president of international programs and dance at the Kennedy Center, is the curator of Artes de Cuba. Juan Delgado–producer of Detrás del muro (Behind the Wall), the multi-artist installations presented on the Malecón during the 2012 and 2015 Havana Biennials (and in the upcoming 2019 Biennial)–is an advisor on the visual arts component of Artes de Cuba.

The artworks will be installed throughout the Kennedy Center.

“We wanted the exhibition and the pieces in it to work well in the spaces set aside for visual arts during the festival,” Delgado told Cuban Art News via email. “We also wanted to show contemporary Cuban art from a bold, fresh perspective, and to focus on issues like cultural identity, history, and memory. And to show the expanded technical work of artists with a strong foundation of working in traditional art genres.

“Every day, art expands and uses disciplines such as design, theater, dance, engineering, and music in its development,” he continued. “Great artists—masters who have helped shape contemporary Cuban art—have been remarkably enriched by their work in installation and performance art. They have the energy and momentum of young artists.

“In the same way, the dialogue between Cuba-based artists and those living outside is continually bringing people closer. The Kennedy Center is interested in presenting all these processes in the exhibition.”

Commissioned for the festival, Manuel Mendive’s La Naturaleza, El Espíritu y El Hombre (Nature, Spirit, and Man, 2018) is an installation of several oversized sculptures intended to be experienced inside and out. These works share the main-floor Hall of States gallery with Mendive’s Fragmento de Paisaje (Fragment of a Landscape, 2017), a group of landscapes on large metal sheets, which feature people, animals, clouds, and other elements endlessly morphing into one another.

In these works, said Delgado, “the natural and the human are presented as mystical ancestral forces. That spirituality is depicted through three-dimensional structures that are not just paintings or sculptures, but sketches of spaces.”

Mendive will also present a performance based on these themes, with music by Yosvany Terry, Adonis González, and Mauricio Herrera.

Four installations by Roberto Fabelo will fill the main-floor Hall of Nations, including Mundos (Worlds, 2005–2018), earthlike spheres of detritus that hang suspended in space, and Torres (Towers, 2005–2018), made from stacks of everyday cookware. In Ronda infinita (2015), figures circle the rim of a vast cauldron. Fabelo’s whimsical Cafedral (2017), a cathedral constructed of coffee pots, attests to the importance of café cubano in Cuban life.

Outside on the River Terrace, Esterio Segura adds the latest variation to one of his familiar themes with Hybrid of a Chrysler (2018), which envisions airplane wings on a classic car of the 1950s, much like the almendrones on the streets of Havana.

For “Artes de Cuba,” Pérez is creating Sombras Silvestres/Wild Shadows (2018), an abstract animation based on his experiences in Cuba during the 2015 Havana Biennial and inspired by the wall mural and other works he created there. “For this particular project it was important for me to really connect it to the place,” Pérez told Cuban Art News. With that in mind, the video also incorporates elements of Cuban architecture, based on photographs that Pérez took while he was on the island.

Miami-born José Parlá will present Poly-Ritmó/Polyrhythm (2018), an installation in the North Atrium Foyer. It combines colorful sculptural works with two paintings, Amistad América and Nuevo Rumbo(2015), a 24-foot-long abstraction in tones of blue and white.

The Atrium, the largest roof-level space, will host multiple exhibitions—including the debut presentation of Historia permanente (Permanent History, 2017) by Roberto Diago. The work is a cluster of small, house-like shapes, which for Diago evokes Marianao, the working-class neighborhood in Havana where he was raised.

Using wood and other materials scavenged from Havana neighborhoods, Diago is also creating El rostro de la verdad (The Face of Truth), a work that will serve as the façade of Cubano Club, the festival’s roof-level lounge and informal music space.

Another installation in the Atrium, The Art of Celia Ledón, introduces Washingtonians to the work of the Cuban fashion designer, who is also known for her imaginative designs for theater and film. The display features an array of costumes, several made from unconventional materials like trash bags and rubber mats.

According to Delgado, all five of the artists on the island are coming to Washington to install their work.

Two poster exhibitions are also on view in the Atrium. The first showcases 28 classic Cuban film posters spanning the years 1964 to 2015. It includes posters by artists like René Portocarrero and Raúl Martínez, alongside the work of top graphic designers like Eduardo Muñoz Bachs and Antonio Pérez (Ñiko).

Artes de Cuba opens with a performance on Tuesday night, May 8. The visual arts exhibitions open Wednesday, May 9. Cuban Art News coverage will continue with a look at the live performance schedule and interviews with curators and artists.