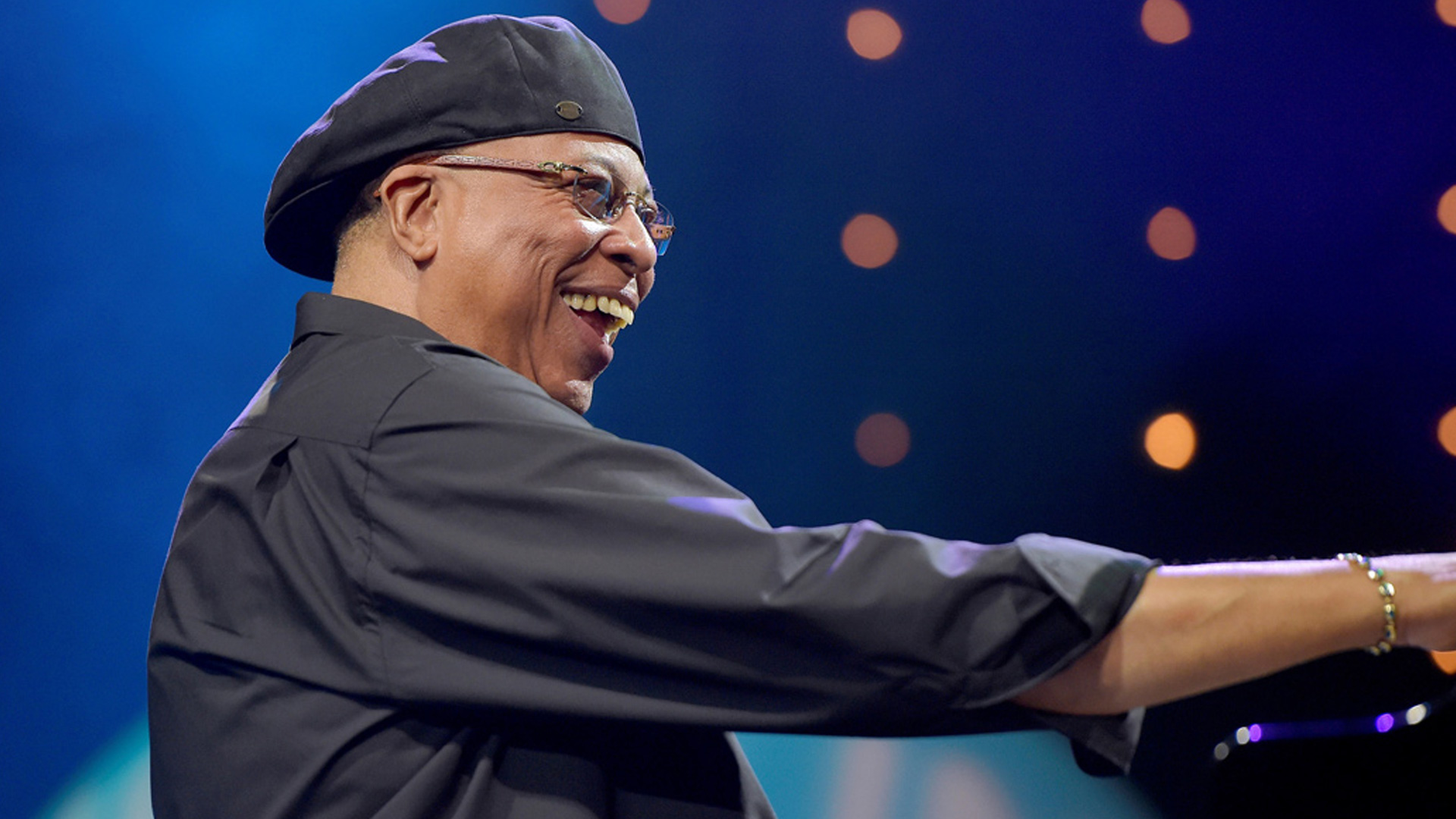 Polgolotti in Havana. At the Museo Nacional de Bellas Artes, Marcelo Pogolotti: Vaguardia, Ideología, Sociedad pays tribute to the Cuban artist and intellectual on the 30th anniversary of his death. Curated by Roberto Cobas Amate, the show features some 40 paintings and drawings. A second exhibition at the MNBA, Marcelo Pogolotti, del pincel a la pluma (From Paintbrush to Pen), curated by Israel Castellanos, focuses on Pogolotti’s written output. The show includes art and literary works, along with a selection of letters, articles, and essays, manuscripts of his radio conversations, and media presentations about his art. Both exhibitions run through May 21.

And Leandro Soto. Earlier this month, ’80s Generation artist Leandro Soto opened Crónicas visualesat the Museo Nacional, his first exhibition in Havana in more than 15 years. Some 30 paintings, drawings, installations, handmade books, and other works trace Soto’s explorations of religions, beliefs, and cosmologies across cultures. On view through May 14.

Martínez at Centro Hispanoamericano de Cultura. Last Friday saw the opening of ”Abril es el mes más cruel”…, an exhibition of recent work by Yornel Martínez. The pieces on view were selected to reflect such themes as “my favorite writers, “impressions of Asia,” “When I read Ludwig Wittgenstein,” and “Voyeur.”

Tomorrow, Fonseca and García at Factoría Habana. Opening tomorrow, March 29, Viaje a la semilla brings the art of Diana Fonseca and Aimée García to the exhibition space on O’Reilly Street. Taking its title from a short story by Alejo Carpentier, the exhibition concludes the recent cycle of shows at Factoría Habana that have explored individual and collective identity, starting with El Silencio de Duchamp in 2016. The reception begins at 8 p.m. tomorrow evening.

Villalobos at Galería Taller Gorría. Opening last week at Galería Taller Gorría, Yo, en un plano del demonios traces the art of Nelson Villalobos (b. Cienfuegos, 1956) and its development through the crucial decade of 1982–1991. Curated by Guillermo C. Pérez Veranes and Pablo Villalobos Leal, the exhibition includes sculpture, oil paintings, and drawings on such themes as the city, sensuality, portraiture, and “la ironía y la muerte.”

Garaicoa in Spain—and next month, London. Carlos Garaicoa: El Palacio de tres historias, the exhibition that debuted last fall at the Fondazione Merz in Turin, Italy, has come to Santiago de Compostela, Spain. The exhibition opened this past Friday at the Centro Galego de Arte Contemporánea, where it runs through July 1.

In London, Carlos Garaicoa will open Thursday evening, April 12, at the art space Parasol Unit. Reflecting on Garaicoa’s sense of the city as a physical infrastructure, social network and political space, the exhibition will include several well-known works, including the tapestry and video installation Fin de silencio, 2010. Other works include Sin título (Alcantarillas) [Untitled (Manhole Covers)], 2014, which give political slogans a hefty material presence, and Cerámicas Porno-indignadas (Porn-Outraged Ceramics), 2012–2014, which pair vintage painted-tile advertisements with copies that reference political and social issues. On view through June 3. The opening night reception on Thursday, April 12, runs 6–8 p.m.

De Oraá in Miami. Opening this Friday at Latin Art Core Gallery, Pedro de Oraá: Divertimentos II presents a selection of recent canvases, most done in the past three years. “Divertimento II is an exhibition in which Oraá keeps extending his ongoing investigation into the margins of Geometric Abstraction,” Rafael DiazCasas wrote in the catalogue essay. “Painting within his reduced customary palette of colors, he formally explores a new geometrical order, one that is exposed to the eye, alongside another that is not always obviously seen.” The exhibition runs through April 28. The opening night reception begins at 7 p.m.

Outsider Artists at the Frost. Two of the island’s most recognized outsider artists, Misleidys Castillo and Jorge Alberto Hernández Cadi—known as El Buzo—are spotlighted in a double-show at the Frost Art Museum. Opening this Saturday, March 31, Outsider Artists from Havana will be on view through June 3.

4 Artists/One Generation. Four young artists, Cuban-born or of Cuban descent, fill the galleries of the Kendall Art Center with a quartet of solo exhibitions, all of them focused on painting. The individual shows are: Full of Pollen by Maikel Domínguez; Pilgrim’s Axioms by Yourden Ricardo; American Rural Idylls by Miguel Saludes; and Echoes of Silence by Alvaro Labañino. The shows open this Friday, March 30, with a reception 6-11 p.m.

Tonight in New York: Carlos Martiel. As the exhibition of his work Intruder (America) nears the end of its run at the “art think tank” AC Institute in Midtown Manhattan, Carlos Martiel joins curator Vivian Crockett for a conversation about the work and its relationship to his long-term practice. The discussion is likely to touch on such themes as migration, displacement, anti-black racism, and systemic violence, all topics that Martiel addresses in his work. 7–9 p.m., tonight, March 28. Intruder (America) runs through March 30 at the AC Institute.

The Metropolis in Latin America, 1830–1930. After a blizzard pushed the opening to this past Monday, the exhibition—which debuted last fall at the Getty Research Institute as part of “Pacific Standard Time: LA/LA” is now on view at the Americas Society in Manhattan. The show takes a close look at the shaping of Havana (and other cities) during that crucial century. Through June 30. For shots of the exhibition opening, see the photo album on the Cuban Art News Facebook page.

The Banana Issue in Cincinnati. In his first solo US exhibition, the artist and illustrator Jorge Rodríguez Diez—better known as R10—brings a selection of paintings and prints to the Marta Hewett Gallery. A collaboration between the gallery and the nonprofit organization Bridges Not Walls, the show will include limited-edition silk-screen prints produced by the local Cincinnati press firm DIY Printing. The show opens this Friday, with an artist talk on Saturday at 3 p.m., followed by a reception at 4.

Cuba Festival in Philadelphia. Last Saturday’s concert by the Pedrito Martínez Group was sold out weeks ago, but there’s still time to catch The Alfredo Rodríguez Trio, Daymé Arocena, and the Chucho Valdés Trio, all of them playing during the first two weeks in April. Hosted by the Annenberg Center for the Performing Arts, the Cuba Festival runs through April 13. Schedule and ticket info here.

And in New York. A week or so after Philadelphia’s Cuba fest ends, New York jumps in with the ¡Adelante Cuba! Festival. Organized by the New York City Center performance space, the program kicks off on April 22 with a series of workshops and studio events, including a master class with jazz great Arturo O’Farrill. Ballet star Carlos Acosta’s company, Acosta Danza, performs April 25–27, with O’Farrill wrapping up the festival with a concert on April 28. More info here.

And soon, Washington, DC. We’ll be back next month with a preview of the biggest Cuba festival of the season, coming in May to the Kennedy Center in Washington.

Check back next week for a preview of Cuban films and events at the Havana Film Festival New York—a useful roundup for Cuba cinephiles everywhere.