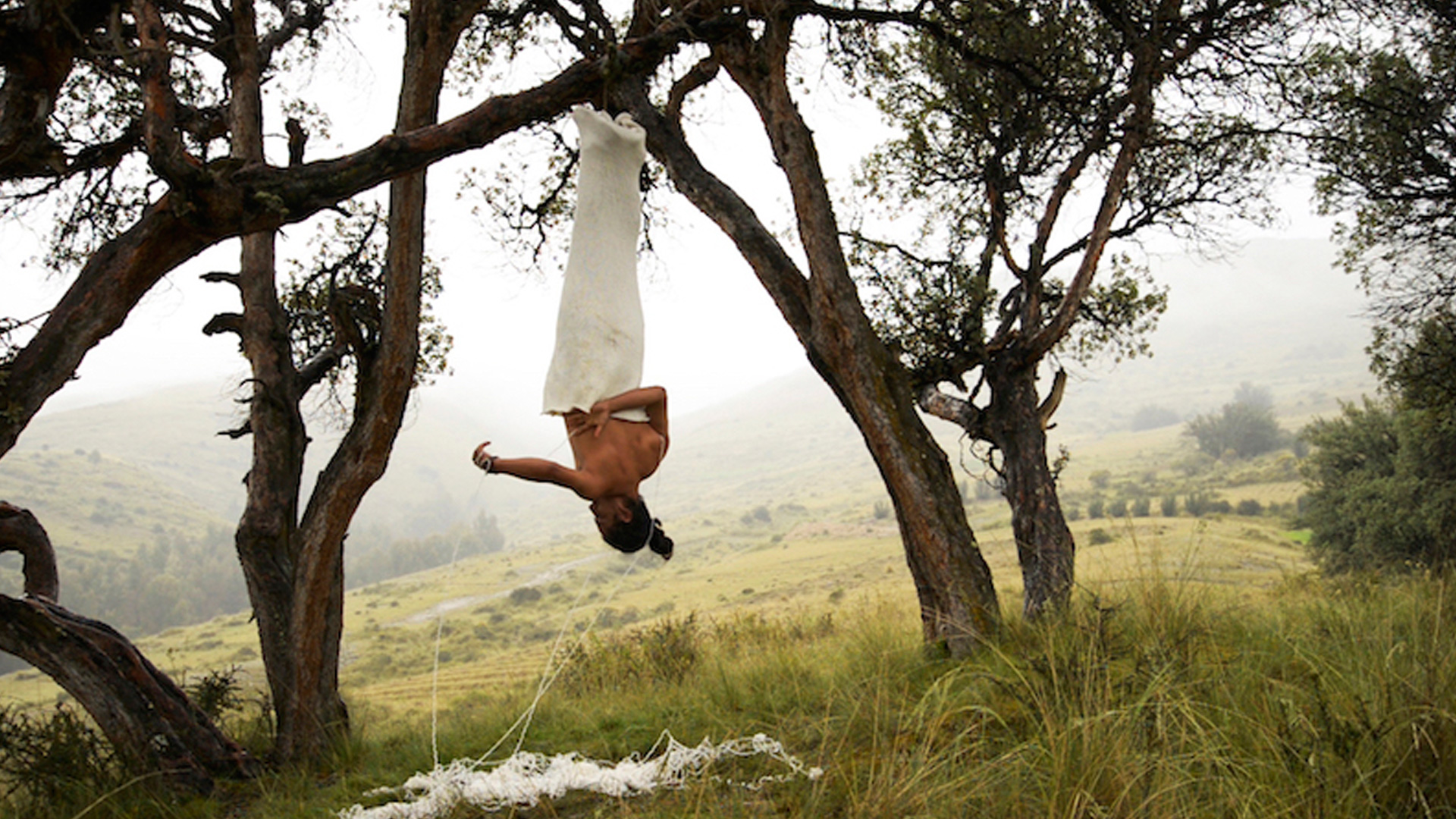 Is Ana Mendieta having an art-world moment?

Looking at the international museum landscape, it’s easy to draw that conclusion. The exhibition Covered in Time and History: The Films of Ana Mendieta, which debuted in 2015, is still in circulation, opening next month at the Martin-Gropius-Bau in Berlin. Extracorporeal (Beyond the Body), an exhibition of work by five Latin American and Latino artists, presented as an homage to Mendieta, opens March 24 at the Museum of Latin American Art (MOLAA) in California.

An exhibition of her work, curated for young viewers, is now on view at the Sugar Hill Children’s Museum in New York. And Mendieta was very much in evidence during the recent New York Art Week, in booths and special projects at the Armory Show, Scope, and other fairs.

Mendieta’s work is also part of several influential group exhibitions, including We Wanted a Revolution: Black Radical Women, 1965–1985, which opened last year at the Brooklyn Museum and is now at the Albright-Knox Art Gallery in Buffalo, New York. Her work is also featured in Radical Women: Latin American Art, 1960–1985, which debuted last fall at the Hammer Museum in Los Angeles and opens next month at the Brooklyn Museum.

Among the pieces in that show is Untitled (Glass on Body Imprints), 1972, which is also included in The Matter of Photography in the Americas, on view at the Cantor Arts Center at Stanford University in San Jose. A variant of the series, Untitled (Glass on Body Imprints–Face), 1972, was included in last fall’s exhibition Delirious: Art at the Limits of Reason, 1950–1980, at the Met Breuer in New York.

What is it about Mendieta’s art that speaks so eloquently to this contemporary moment?

For Olga Viso, a longtime Mendieta scholar who curated a major survey exhibition at the HirshhornMuseum and Sculpture Garden in 2004, the current interest is an affirmation of Mendieta’s place in the art-historical canon. “Her work continues to stand out as being ahead of its time and groundbreaking,” Viso said, “and critical to interdisciplinary practices that characterize artistic production at this moment.”

Viso pointed to the many group exhibitions, like Radical Women and We Wanted a Revolution, that are reassessing the work of artists in the 1960s, ’70s, and ’80s. Mendieta is a key figure within that context, she said. “Her work is grounded in her specific experience and identity, but also engages in a global conversation.”

For Viso, the touring exhibition of Mendieta’s films, and the research and restoration work that went into it, have been crucial in rethinking her art. “She made over 80 films, I think almost close to 100,” Viso told Cuban Art News. “It was a part of her production that was not really well understood or seen with any integrity.”

Restoring the films and presenting them as a body of work “helped to recalibrate her practice as an artist. The work had been seen as more photo-based—whereas for Mendieta, photography, sculpture, and performance were all different ways of witnessing the work, and the film works were as important as the photographic documentation.”

At MOLAA, curator Edward Hayes did not intend his upcoming show, Extracorporeal: Beyond the Body, as a tribute to Mendieta. “The exhibition was originally conceived as an intimate survey of Latin American and Latino video art and performance,” he said in an email conversation.

“Although they come from varying ends of the Latino diaspora,” Hayes said, “the Mendieta connection becomes a beautiful thread to be explored among the work.” Once that connection was clear, Hayes decided to dedicate the show to Mendieta—especially when he realized that she would have turned 70 this year.

Asked why Mendieta seems to be resonating so strongly right now, Hayes responded: “Marginalized lands and bodies continue to be battlegrounds, and I think Mendieta’s work still speaks to a yearning for a deeper sense of self and belonging.” Even more so, he said, “I believe the questions she was asking in the 1970s are still relevant today.”

“I also think her best works achieved a sense of timelessness, and I believe they will continue to be revisited for generations to come.”

At the Sugar Hill Children’s Museum in New York, one of those generations is already putting Mendieta’s art to active, playful use. Designed for three- to eight-year-olds, Ana Mendieta: Thinking About Children’s Thinking presents four of her works, including Facial Hair Transplant, 1972, the black-and-white 1973 film Parachute—both installed at child height—and Untitled (Soul), 1973, a sound piece in which Mendieta interviews fifth- and sixth-graders about the human soul.

In Havana for the opening of his exhibition Crónicas visuales at the Museo Nacional de Bellas Artes, Leandro Soto—a US-based Cuban artist of the ’80s Generation who was close to Mendieta—talked about her impact.

“She was ahead of her time as a clairvoyant, a shaman who could predict the future,” he told Cuban Art News. “And as this art is made by an emigré woman displaced from her original cultural context,” the issues she addressed remain important. “The integration of indigenous local mythologies and land issues, as well as interdisciplinary expressive forms marked new dissident routes of art made with the industrial aesthetic that dominated the 20th century,” he said.

“Ana could explain and talk about her work as if she were a critic, an educator, an intellectual,” Soto continued. “Her conceptual clarity was supported by her artistic work and her creativity was subversive compared to those patterns already established for an artist of her time.”

Viso sees a social dimension to Mendieta’s impact as well. “Obviously, in the context of the #Me Too movement, Ana’s work has been often elevated within the protest culture around gender,” she said. “She’s been a very symbolic figure in that conversation.

“That her story and her experience would come forward again at this moment is not surprising.”

From an art-historical perspective, Viso said, “I get excited when I see a next generation of scholars and writers and artists thinking about the work and seeing its continued importance and relevance and vitality.”

“For me, she continues to be a touchstone.”