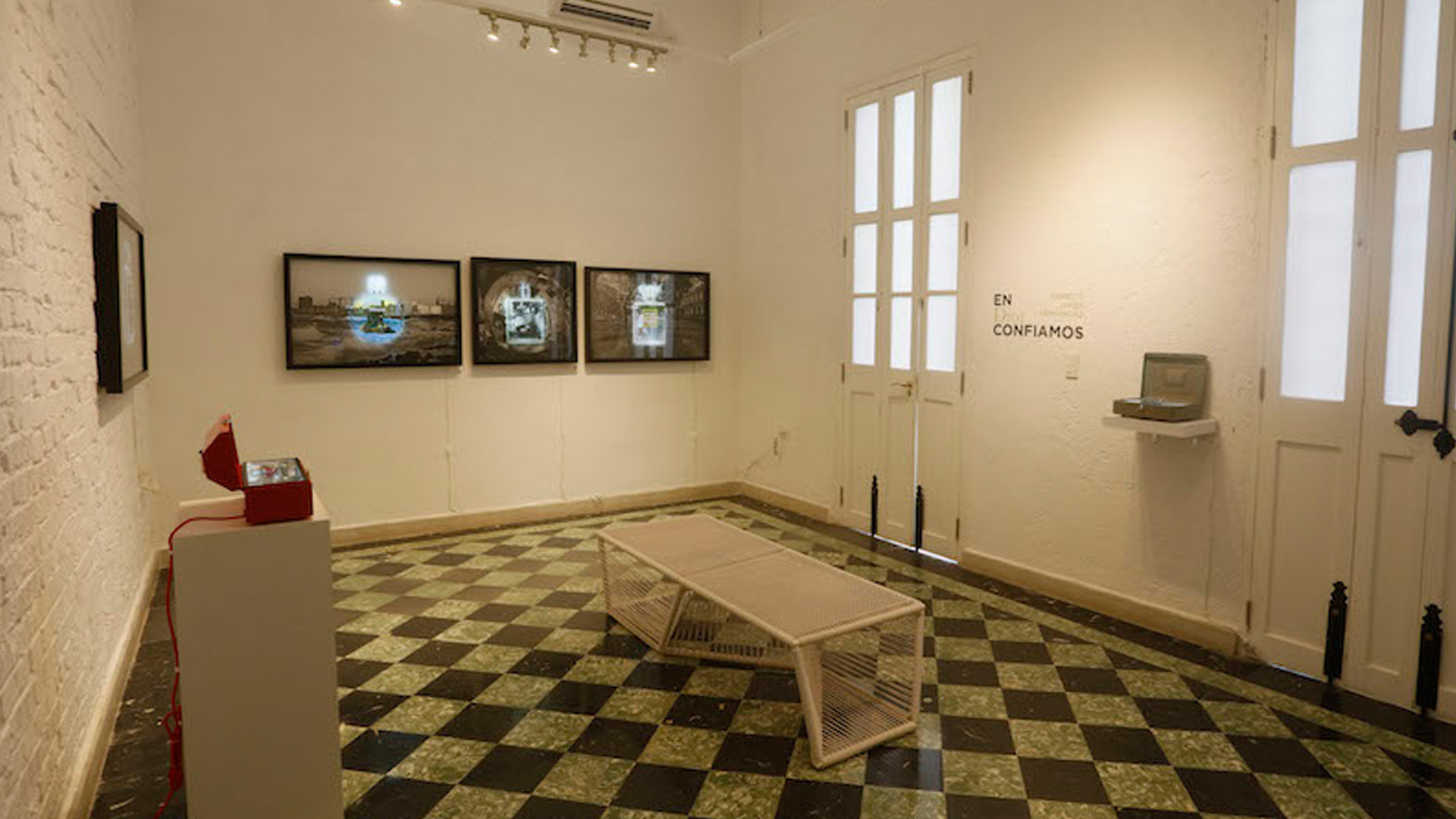 Rasúa at Villa Manuela. Fresh from her participatory project with Harold García in the just-ended 7th Salón de Arte Cubano Contemporáneo, on Friday Grethell Rasúa opens Más allá de la belleza, a solo show at Galería de Arte Villa Manuela. Grouping together objects, jewelry, photographs, and video, Rasúa combines beauty and its opposite, ethically as well as aesthetically. The opening reception is scheduled for 6 p.m. on Friday, January 26, with invited guests Cimafunk. On view through February 23.

Hommage at Galería Francis Picabia. A group show curated by Rocío Garcia salutes the San Alejandro Academy—the oldest art academy in the Americas—on its 200th anniversary. Presented at the gallery in the Palacio de Prado, with the support of the Alianza Francesa de Cuba, the exhibition runs through February.

David Hammons in Parque Trillo. On the invitation of the Museo Nacional de Bellas Artes, the noted African American artist David Hammons was in Havana last week, creating a public-art intervention in the Cayo Hueso district of Central Havana. In Parque Trujillo, Hammons set up C#, a thin nylon string running through the park and leading the spectator’s eye.

C# refers to the musical note “C sharp.” In an article in Cubarte, Hammons said that the work is like an aerial drawing that “results in a fine line between love and hate.”

Hammons’s installation marks a departure for the MNBA, bringing art to a space beyond the museum itself.

Amorós at MNBA. Tomorrow, the museum welcomes Peruvian media artist Grimanesa Amorós, who will present her work in a 4 p.m. talk and screening. Amorós’s videos combine elements of sculpture, photography, and light-based work to evoke a cosmopolitan experience. The talk will be given in the theater of the museum’s Cuban Art Building. In the days after the talk, a screen located outside the theater will continue to play the artist’s videos. Amorós’s talk is part of Moviendo América, a project curated by Caridad Blanco, which is devoted to the moving image and its role in current creative processes.

Havana Book Fair. The 27th edition of the Feria Internacional del Libro de La Habana opens next Friday, February 1. China is the country being honored at this year’s fair, which is dedicated to Dr. Eusebio Leal Spengler, the Historian of the City of Havana. The fair runs through February 11.

Cuban art in Harlem. London-based Gallery 8 is bringing its temporary exhibition space-for-hire business model to Harlem with the opening of Gallery 8 New York in Harlem. The debut show, All That You Have Is Your Soul, is presented by the art group FACTION and features the work of 17 artists with a relationship to Cuba—by birth, ancestry, artistic training, or other connection—who explore the impact on their personal identities, and how they are choosing to redefine themselves. Curated by Armando Mariño and Meyken Barreto, the exhibition opens with a reception on Thursday evening, February 1, and runs through March 10.

Bruguera at MoMA. Untitled (Havana, 2000), the performance and video installation that Tania Bruguera created for the 7th Havana Biennial, is coming to the Museum of Modern Art. With elements that include milled, fermenting sugarcane, video footage of Fidel Castro, and nude performers, the work exemplifies Brugurera’s practice of “not representing the political but provoking the political.” The installation opens Sunday, February 3 and runs through March 11.

Diago in Charleston. Last Friday, Roberto Diago: La Historia Recordada (History Recorded) opened at the Halsey Institute of Contemporary Art at the College of Charleston. Diago’s work reflects on Afro-Cuban history, slavery, and racism in Cuban society, offering an interesting counterpoint to the history of Charleston and the US South. The exhibition runs through March 3. Also on view in the Halsey’s microcinema: Habana Solo (2000), a short black-and-white film by Juan Carlos Alom.

Parlá in Texas…and New York City. This Friday, January 26, José Parlá unveils his latest monumental painting,Amistad América, in Austin. Commissioned by Landmarks, the public art program of the University of Texas, the work is sited at the university’s School of Business building, Rowling Hall. The event begins with a 5:30 p.m. Q&A with Parlá and critic Carlo McCormick, followed by a 6:30 reception.

And on Wednesday, January 30, the Neuberger Museum of Art’s Neu Space  42—a public space in Midtown Manhattan, opposite Bryant Park—celebrates No Space / Non Place, a series of paintings by Parlá commissioned for the space. 6 p.m.

Agent Orange in Portland. artist-illustrator Edel Rodríguez is marking the first year of the Trump presidency with a show of his Trump-related works. Presented in the galleries of the Portland, Oregon office of the advertising firm Wieden + Kennedy, Agent Orange will open with a 5:30 p.m. reception this Thursday, January 25. [For more about Rodríguez, see our 2015 interview.]

Awards to Cisneros Collection and MFAH. Fundación Arco, a Madrid-based organization that promotes the collecting of contemporary art, recently bestowed its “A” Awards for Collecting. As reported in Arte por excelencias, among the recipients is the Ella Fontanals Cisneros Collection for the visibility that it has given Latin American artists, through the collection itself and through the CIFO Foundation. The Museum of Fine Arts, Houston, was also recognized for its 20th-century Latin American collection, which will soon be housed in a new wing currently under construction.

Latin America at Sundance. According to a recent story on Cinelandia, Latin American films and filmmakers are well-represented at this year’s Sundance Film Festival, currently underway in Park City, Utah. Nearly half of the films in the World Cinema Dramatic Competition are from Latin America, including Un Traductor (2017) by Cuban-Canadian filmmaker Rodrigo Barriuso.