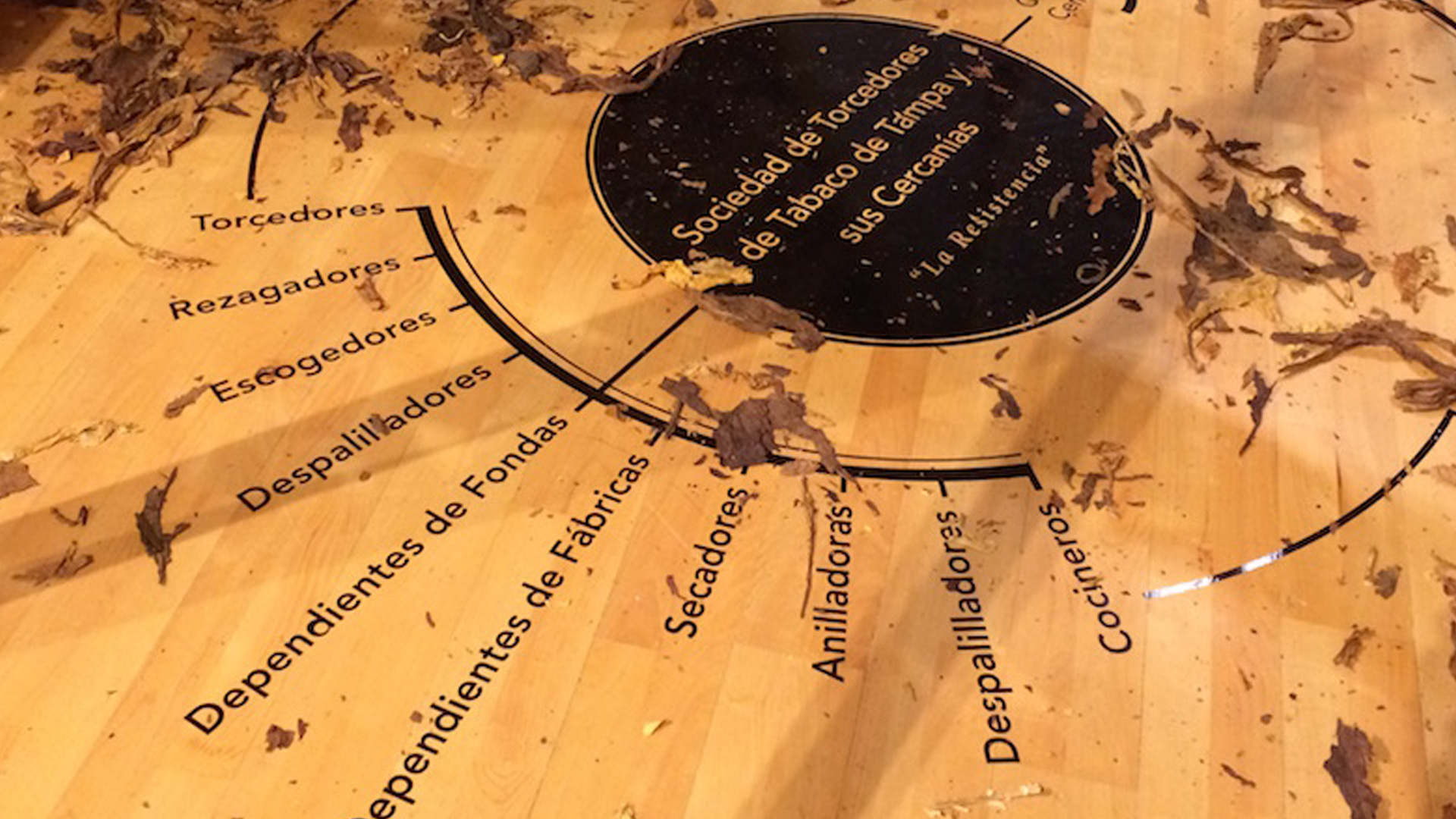 This past Friday, January 12, the exhibition Climate Change: Cuba / USA opened at the University of South Florida Contemporary Art Museum in Tampa. Here, the show’s artists—Javier Castro, Glexis Novoa, Celia y Yunior, and Tonel (Antonio Eligio Fernández)—talk about their work, the show, and its themes.

Climate Change was curated by Noel Smith, the museum’s deputy director and curator of Latin American and Caribbean art. “We are very committed to Cuban art and artists, and try to do a dedicated show every few years,” she told Cuban Art News.

Once the Obama Administration initiated its changes in Cuba-U.S. relations, Smith added, “it seemed unclear what effects this new situation, with its inevitable fluctuations, might have on the lives of Cubans. I wanted to ask artists for their own particular reactions.”

Here, in excerpts from interviews conducted by Smith this past fall, the artists of Climate Change talk about their work, the show, and its themes—with additional comments by Smith herself.

“The work addresses what I consider four basic things for the human being today,” Javier Castro says about his video installation, Cuatro Cosas Básicas/Four Basic Things, 2018, which the museum commissioned. “There are four screens that are arranged in a gallery so that the spectator can see them simultaneously.”

“The second work speaks about uncertainty and the anxiety of seeing the future.

A man repeatedly throws four pieces of coconut shells on the floor [as a divination ritual], reads the position they fall in and gives an answer—this is what normally happens. In the video, the viewer cannot get an answer because there are always pieces that fall outside of the frame. So that the reading is continually open and unresolved.”

“The third is inspired by the phrase la gota que desborda la copa (the “final straw”). The video shows a glass that slowly fills up to the top without spilling over. The narrative focuses on the surface tension of the water, alluding to the stress, resistance and tolerance that contemporary society experiences without any possible relief.

“The fourth video shows a turtle on its back that tries to right itself repeatedly without success. In Hinduism, the turtle signifies the cosmic order; for me, in this case it has an autobiographical character, and its continual failure is a struggle for stability that ends in suspense.

“The connection among all of them are four aspects that concern our societies. The works are there and each viewer will identify or not with one or more of these conflicts.”

“There is an obvious relationship between Tampa and Cuba in the production of cigars and Tampa’s relationship to the War of Independence,” say Celia y Yunior.

“This was our starting point, but we were immediately drawn to the activity of the cigar workers’ unions beyond the war for the nation.

“That is, the mobilization raised not only the nationalist feeling shared by all Cubans at the end of the 19th century, but also the consciousness of classes and the workers’ struggle in which the cigar industry was particularly involved.

“In our [current] environment of the destabilization of labor and resulting precariousness of workers’ rights—right to a decent salary, right to demonstrate, right to stability in the labor market—we decided to look at those unions that continued their struggles and demonstrations for reasons other than nationalism after the Cuban War for Independence.

“In the cigar’s production process, “stripping” is the moment in which the stalk of the leaf is ripped off in order to make the leaf more flexible. Stalks discarded by the industry as well as cadavers and the names of unions at the turn of the 19th century exist in our work like ghosts of social commitment.

Varaentierra, 2018, was also commissioned by the Contemporary Art Museum. The work is installed inside the gallery. Curator Noel Smith explains: “Viewers enter the varaentierra and push the tobacco stalks to the side with their feet to read the text, which is based on research into La Resistencia, a cigar workers’ movement in Tampa and Havana, 1899–1901.”

After more than 25 years of not painting,” says Glexis Novoa, “I decided to reconnect with La Etapa Práctica (The Practical Period), a series of paintings where I described the lack of sense of socialist propaganda in Cuba by the end of the 1980s.

“In these works I was replacing the revolutionary slogans with abstract icons, evolving an encrypted language. I was creating a strategy to say how empty that philosophy was and, avoiding ideological censorship, to say what could not be said. . . .

“Recently I have used the same methodology and formal structure of the early work, returning to work in my mother’s household, with the same light and all the affective resonances of Havana’s noisy urban environment.

“This aroused much more colorful and spontaneous paintings, using splashes that implied meditative processes learned on the road, and the knowledge of a mature heart.

“I discovered that since ideology was not an important factor in Cuban society now, there was no reason to continue with the concealed messages.

“Today, Cuban contemporary society speaks straightforwardly about tangible matters. Commerce, money (CUC), American tourists . . . The subterfuges of La Etapa Práctica no longer made sense, although that does not mean that censorship and politics are not part of the codes in current society.

“This work relies conceptually on—or we could say it is a commentary about—‘social Darwinism,’” says Tonel. “That is, it alludes to the interpretations of Charles Darwin’s theory of evolution, which tried to apply the scientist’s ideas to human society. . . .

“‘Asere’” is a word that denote affection, friendship, brotherhood, familiarity, closeness. In my work, this word represents a process of mutation, in an evolution similar to that of the species described by Darwin.

“Briefly, I have tried to talk about the market’s and ultimately money’s, conquest of the Cuban imaginarium, thought, social space, and affections. I think that the Cuba of the turn of the century, and in this new millennium, is a society permeated, more and more visibly, by the centrality of money, the accumulation (although relatively limited) of wealth, and social inequality.

“The brotherhood proclaimed in the word “asere” is transforming, evolving before our eyes, changing into something different, and money is key in that mutation.

“My installation Hacer arte no debería ser caro is part of a heterogeneous series that is still growing, which I started around 2009.

“With this work, I am attempting to comment on the proliferation of this kind of art whose celebrity is inseparable from the high costs of its production. The installation can also be understood as a recognition and homage to several artists I admire—Marcel Broodthaers, Lawrence Weiner, Alighiero Boetti, and Luis Camnitzer, among others—some of whose works have inspired this work and others.

“They are all creators of paradigmatic works that conjugate the use of texts and images with poetic values, a great ingenuity in manipulating low cost materials and in displaying and installing their artworks. I see many of their works as examples to emulate.”