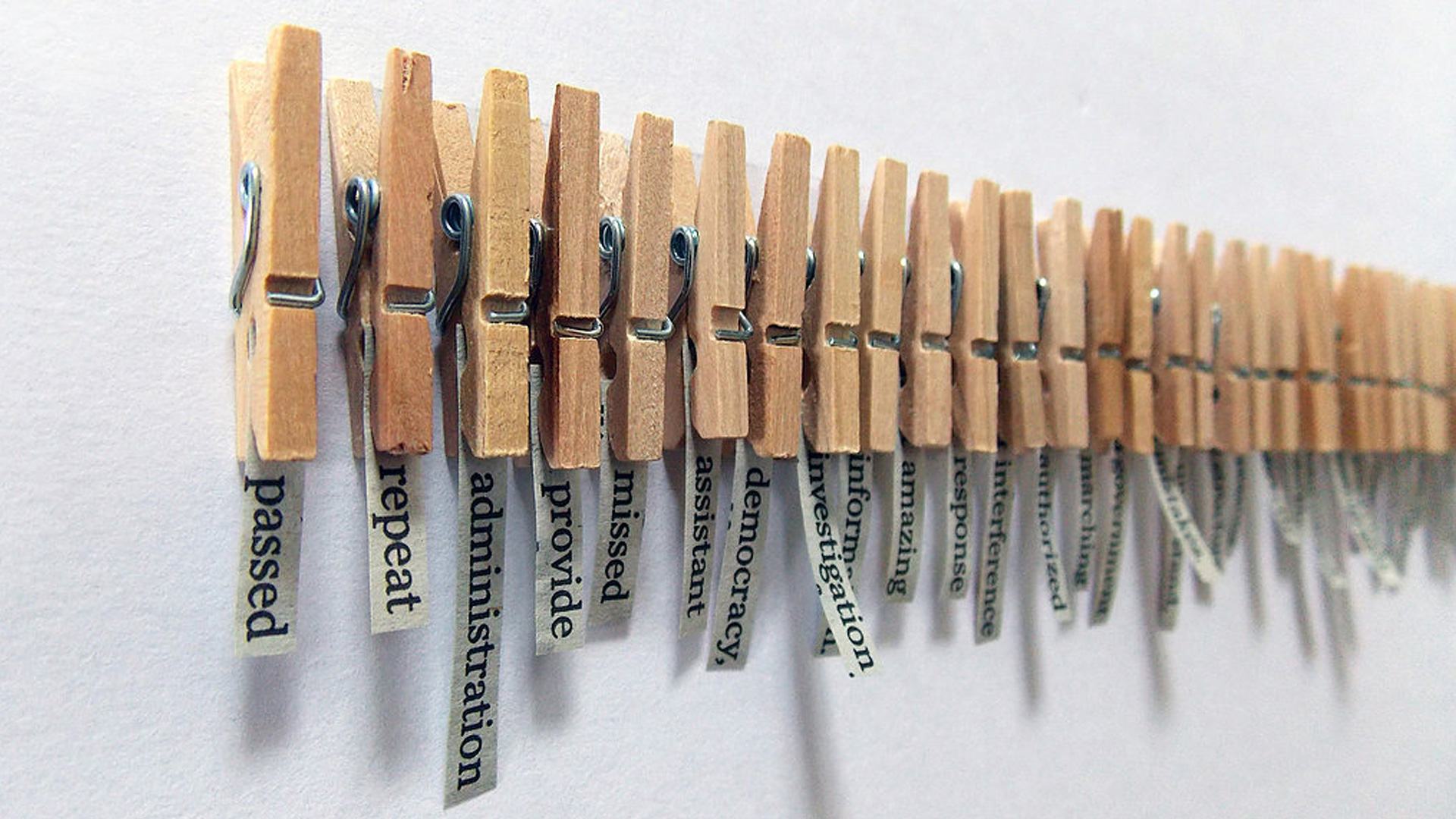 Next week in Havana. The Museo Nacional de Bellas Artes opens Palimpsesto, the solo exhibition by José Manuel Fors, winner of the 2016 Cuban National Prize in Visual Arts. The opening will take place on Friday, December 22, at 4 p.m. in the museum’s Edificio de Arte Cubano.

Martínez in Havana. At the Centro de Arte Contemporáneo Wifredo Lam, Raúl Martínez: Allegreto Cantabile pays homage to the artist on the 90th anniversary of his birth. A collaboration between the Lam Center, the Consejo Nacional de las Artes Plásticas, and the Museo Nacional de Bellas Artes, the show traces the arc of Martínez’s creative development, from his early abstractions to his best known Pop Art works, later collages, and return to abstraction. Curated by Corina Matamoros, Gabriela Hernández, and Rossana Bouza. the show runs through January.

And Wifredo Lam. Also now on view at the Centro Wifredo Lam, an exhibition marking the 115th anniversary of its namesake. Wifredo Lam: Iluminado por dentro presents a small selection of photographs of the artist, who was born in 1902 in Sagua la Grande, Villa Clara, Cuba. On view through February 17.

Contino at Galería Habana. The end of last month saw the opening of Ariamna Contino: Deriva. The exhibition features the intricate cut-paper works that the artist is known for, as well as works like Escuchando en silencio, 2017, an installation made with piano wire and a small motor, and Juicio de valor, 2017, an installation of cut-paper and cement bas-reliefs. Through January 19.

Weems at Bellas Artes. On November 29, the Museo Nacional de Bellas Artes hosted a presentation by noted North American artist Carrie Mae Weems. The winner of a MacArthur Foundation “genius” grant in 2013, Weems spoke about her work and the issues that animate it, such as racism, gender and sexism, class issues, and family relationships. She was introduced by MNBA director Jorge Fernández, who spoke of Weems’s art as a way of understanding our present moment through an exploration of our collective past. Among Weems’s well-known photographic series are The Kitchen Table Series, 1990, and Dreaming in Cuba, photographed on the island in 2001.

Film Festival underway. This week, Havana is a city of moviegoers as the 39th International Festival of New Latin American Cinema is presented in more than a dozen movie houses around town. More than 400 films—three-quarters of them from Latin America—will be screened during the festival, which opened last Friday, December 8, and runs through this Saturday, December 17. Two Cuban productions are in competition for the fiction-film prize: Los buenos demonios(The good demons) by Gerardo Chijona, and Sergio y Serguéi by Ernesto Daranas. Also screening, the restored version of Lucia (Humberto Solás, 1968), that captivated audiences at the New York Film Festival this fall. The award ceremony takes place tomorrow evening, December 16, at the Cine Chaplin in Vedado.

Salón continues. The Salón de arte cubano contemporáneo, which launched in late October, continues its ambitious schedule of exhibitions and events. Next up: a presentation this afternoon by José Ángel Toirac about a 1989 exhibition by the art group ABTV, followed tomorrow by a marketing presentation by the fashion group Clandestina, and next week, an audiovisual performance by the group Axis and a presentation at the Centro de Desarrollo de las Artes Visuales (CDAV) by Yornel Martínez. Look for a Cuban Art News feature on the Salón in January.

Hdez-Güero in Colombia. In Síndrome de Proteus (Proteus Syndrome), Jesús Hdez-Güero takes an origami-like approach to collage, using it to create a series of hybrid images that question the historical narratives enshrined in classic photographic portraits.  Presenting a selection of works from the series Coincidencias históricas (Historic Coincidences), 2015–2017, the exhibition runs through February 1 at the Fundación Espacio Interferencia in Santiago de Cali.

Cuban art in Cleveland.  Just closing tomorrow, an exhibition at the Cleveland Institute of Art caps a year of artist residencies and events in the Cleveland Foundation’s “Creative Fusion: Cuba Edition” program. The Art of Exchange: Contemporary Cuban Art in Cleveland taps local private and public collections for a show of more than a dozen artists—among them Los Carpinteros, X Alfonso, Osmeivy Ortega, and José Toirac and Meira Marrero. On view through tomorrow, December 15. Last month, a pop-up print show ran for two weeks at the Cleveland Print Room.

HOME in Houston. It was one of the first shows in “Pacific Standard Time: LA/LA,” opening at LACMA in early June. Now, HOME—So Different, So Appealing has come to the Museum of Fine Arts, Houston. Along with works by Luis Cruz Azaceta and Félix González Torres, this presentation of the show also includes Magic Carpet/Home, 2003/17, the large-scale outdoor installation by María Elena González. Through January 21.

Delgado in California. In Absent Speech, his exhibition at Building Bridges Art Exchange in Santa Monica, Ángel Delgado starts with the news of the day, then strips it of meaning or references. Treated on abstract, formal terms, the presentation supposedly creates tranquility, while offering an acerbic commentary on the flood of sensationalistic media and pseudo-news these days. Curated by Marisa Caichiolo, the show runs through January 1.

Campos-Pons too. In January, María Magdalena Campos-Pons makes her West Coast gallery debut with If I Were a Poet at Gallery Wendi Norris in San Francisco. With work spanning 1990 to 2017, the show includes installations, large-format Polaroid photographs, and a performance work. January 11–28.

Also at the Kendall, Carlos Estévez will open Fireworks, a show of ceramic plates created during a residency at the McColl Art Center for the Arts & Innovation in Charlotte, NC. The ceramics explore many themes that animate Estévez’s paintings and assemblages, including anatomy, architecture, demons, moons, and more. Plates from the Rodrígeuz Collection and other private holdings are also on view.

The opening reception for all three shows runs 6–11 p.m. tomorrow evening at the Kendall Art Center.

Of/By/For in Miami. Art Week saw the launch of a new show at the American Museum of the Cuban Diaspora, otherwise known as The Cuban. Of/For/By features installations by eight artists of different generations, including Luis Cruz Azaceta, José Bedia, María Brito, Florencio Gelabert, Jillian Mayer, Ernesto Oroza, César Trasobares, and Juana Valdes. The show opened on December 1, with a gala reception this past Sunday, December 10. It remains on view on weekends through March 11.

In New York, a moving sale. Attention, holiday shoppers! At the end of the month, the Center for Cuban Studies/Cuban Art Space leaves its longtime home in Chelsea for a new location in Dumbo, just across the Brooklyn Bridge from Manhattan. They’ve already launched their final sale in the Chelsea space, which will run through the end of the year. The special holiday sale of gift items includes a 20% discount to all, and 30% for CCS members. Special shopping hours this Sunday, December 17, from 2 to 6 p.m.

Knight Foundation awards. Earlier this month, the Knight Foundation announced the winners of its annual Arts Challenge grants, awarding $2.5 million in matching grants to 43 projects. In addition, the foundation asked 25 local arts and civic leaders to choose a person or organization deserving recognition for their cultural contributions, and awarded each of them $10,000.