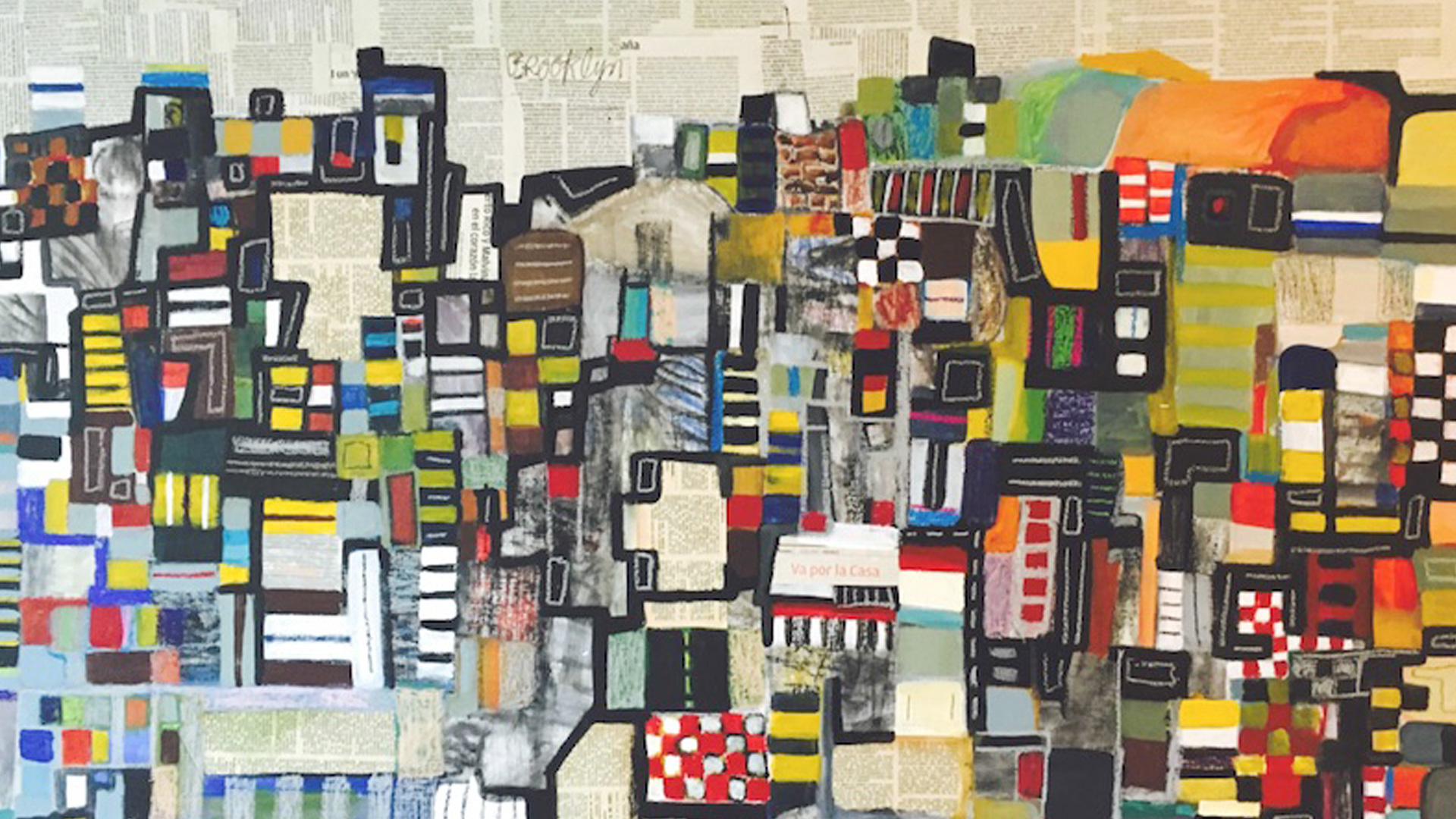 Noviembre Fotográfico. Photography is again filling the month of November in Havana, with an ambitious program of exhibitions and events taking place in more than 30 locations around the city. Organized by the Fototeca de Cuba and Consejo Nacional de las Artes Plásticos (CNAP) under the direction of Nelson Ramírez de Arellano, the festival includes exhibitions at the Centro Wifredo Lam, Galería Villa Manuela, Fábrica de Arte Cubano (FAC), and Casa Victor Hugo, among many others. Next Monday–Thursday, November 27–30, the Fototeca will offer a four-day workshop on photo-books, presented by Image Threads Collective. This week, series of 10 a.m. talks covers such topics as the body and the queer subject in Cuban photography (tomorrow, November 22); curatorial projects presenting Cuban photography abroad (Thursday, November 23); and portfolio presentations on Friday, November 24. On Friday evening, the last weekly light projections will take place in Plaza Vieja at 8 p.m.

Contemporary Art Salon at CDAV. Noviembre Fotográfico isn’t the only art program now taking place in Havana. Late last month, the Centro de Desarrollo de las Artes Visuales (CDAV) and Consejo Nacional de las Artes Plásticos (CNAP) launched the seventh Salón de Arte Cubano Contemporáneo. Yornel Martínez, Ariamna Contino, and Lázaro Saavedra are among more than 60 artists and groups collaborating on the project, which runs through January 20. Upcoming events include presentations by artists Levi Orta, José Ángel Toirac, and Colectivo Supervivo, and Mediadores que marcan experiencias, a participatory work by Grethell Rasúa and Harold Garcia. The planning meeting for this event is scheduled for Tuesday, December 5; the work will take place the next afternoon at CDAV. (See details below.) For more on the Salón and its schedule, see the CDAV Facebook page.

Caja negra at Galería Artis 718. The solo show by Aluan Argüelles continues his exploration of migration and the circumstances that surround it. The show includes recent paintings, photography, and video.

Herrera in Germany. Carmen Herrera: Lines of Sight, the exhibition that debuted last year at the Whitney Museum of American Art, is on its way to Düsseldorf, where it opens at the Kunstsammlung Nordrhein-Westfalen (K20) on December 2. As before, the exhibition will include works from Herrera’s noted Blanco y Verde series (1959–1971) and the three-dimensional geometric works she calls estructuras. Through April 8.

And London. Herrera may be 102 years old, but she’s still creating enough work to fill at least one show, if not more. At Lisson Gallery in London, Carmen Herrera features a new body of work made within the past year—several paintings, works on paper, and a large estructura. Through January 13.

Saavedra in Paris. Lázaro Saavedra joins an international roster of more than a dozen artists, from David Hockney to Ed Kienholz, in Contre-Allèes – A proposal by Alain Bublex. The show includes a recently completed series of urban streetscapes by the French artist, along with paintings, drawings, sculpture and video by other artists. On view through December 23 at Vallois/ Galerie George-Philippe & Nathalie Vallois.

Orta in Vienna.  As part of Transcultural Emancipation, a billboard project organized by the art space FLUC,  Levi Orta goes after the position of official painter to the world’s richest dog (and his descendants). “Behind this charismatic German shepherd we can find tax evasion practices, new power and domination relations, and a quite original instrumentalization of the symbols of social status,” Orta writes on the FLUC website. “But what are the cracks in the law that allow a dog to inherit a million-dollar fortune and become the majority shareholder of a transnational corporation?”

León in Panama. The Latin American Roaming Art project (LARA) invites eight artists per year to take part in a residency in a different Latin American country each year. Glenda León was selected as an artist for this year’s residency in Panama. Along with her fellow artists in residence, the work that León created during her time in Panama—Cantos al Sol and Tiempo de las Américas—will be on view in an exhibition opening tonight at the Museo de Arte Contemporáneo de Panamá (MAC Panamá). On view through January 21.

And Spain. León is also part of De La Habana ha venido un…, a group show that opened this past weekend at the Galería Juana de Aizpuru in Madrid. The show runs through January 12.

Viso steps down at the Walker. Ten days ago, Olga Viso celebrated the long-awaited opening of Adiós Utopia: Dreams and Deceptions in Cuban Art Since 1950. A week ago today, she announced that she was stepping down as executive director of the Walker Art Center at the end of the year. Articles in the New York Times, Artnet news, and other publications praised Viso’s accomplishments, which included a successful $75 million capital campaign and a string of acclaimed exhibitions, and discussed the conflicts that arose this summer around a controversial work in the museum’s newly reopened sculpture garden. In an article published on ArtNews last Friday, several of Viso’s colleagues, including Glenn Lowry, director of MoMA, and Michael Govan, director of LACMA, praised Viso and her handling of the controversy.

If you missed Viso’s interview with Cuban Art News earlier this month, you can catch it here.

Levinson on Adiós Utopia. Sandra Levinson of the Center for Cuban Studies / Cuban Arti Space will be at the Walker on Thursday evening, November 30, to talk about “Cuban Posters from 1960s to Present Day.” 6:30 p.m.; no ticket required.

Cuban Art Space in Minneapolis. Beyond Levinson’s talk at the Walker, the Cuban Art Space is taking up residence at the local art space Squirrel Haus Arts, where it is presenting Made in Cuba / hecho en Cuba: Recycling Memory & Culture, II. The exhibition and sale features posters, paintings, folk art, photography, and other media. The show, which opened this past Saturday, runs through January 14. For photos from the opening, see the album on the Cuban Art News Facebook page.

Segura in Tampa. The winged hearts of Esterio Segura’s sculptural installation Goodbye My Love are now flying over Tampa. A version of the work, titled Goodbye My Love Tampa, Seven Days a Week, has been installed at Tampa International Airport. The work is part of an ambitious public art program for the newly expanded airport, which is expected to include installations by Nick Cave, Erwin Redl, and other international artists.

Quintana in New York. Earlier this month, Carlos Quintana: New Works opened with an installation/performance at MagnanMetz Gallery in Chelsea. The exhibition—Quintana’s first at the gallery—includes paintings on canvas and on mirrors, as well as glass pieces and the installation/performance. For photos of the opening, see the album on the Cuban Art News Facebook page. Through December 20.

And City Limits. El Barrio’s Artspace PS109, which recently hosted Havana artists in residence Marlys Fuego and William Pérez, next month will present City Limits: Inside, Above, Within. Organized by Cuban curator Alexis Mendoza, the group show includes work by Bernardo Navarro Tomás, a self-taught Cuban artist currently living in Brooklyn. Exploring the depiction of urban environments in Medellín, Havana, New York, Managua, and other cities, the show encourages viewers to think about urbanism in a broader context. The show runs December 4–22, with an artists’ reception on December 7, 6–9 p.m.

Upcoming: Bruguera at MoMA. Last month we mentioned that the Museum of Modern Art had put out a casting call for performers to stage Untitled (Havana, 2000), the Tania Bruguera work that the museum acquired in 2015. They must have found them; the performance installation is scheduled to open at MoMA on February 3. Untitled (Havana, 2000) was originally conceived for the 7th Havana Biennial, and a statement by the museum notes that the work “symbolizes an important shift in Bruguera’s oeuvre, as she moved from working primarily with her own body to considering active audience engagement.” On view through March 11.

El Museo closed for renovation. Upgraded heating and air-conditioning systems and a new glass entryway are among the renovation plans for El Museo del Barrio. The Manhattan museum closed early this month and is expected to open again in summer 2018. Its theater, which will have new lighting equipment and restoration of its hand-painted murals, is scheduled to open in the fall. Education programs will continue at the museum as usual, and the museum store is open regular hours. Off-site exhibitions are planned for the School of Visual Arts in Chelsea and Hostos Community College in the Bronx.

On Netflix and in selected theaters. This Friday, November 24, Netflix premieres Cuba and the Cameraman. Award-winning filmmaker Jon Alpert first visited Cuba in 1972, and over the next 45 years made many return trips. The film, which debuted at the Venice Film Festival, focuses on three Cuban families that he became friends with through the decades, and includes informal interviews with Fidel Castro. On Netflix and in selected theaters on Friday.

The Ben Jones Story at ADIFF. On the schedule at this year’s African Diaspora International Film Festival in New York: The Ben Jones Story, a half-hour documentary about the New Jersey-­based artist, teacher, and longtime Cuba aficionado. The 6 p.m. screening on December 9 will be followed by a conversation with the film’s director, William M. Barbee, and Ben Jones. Ticket info here.