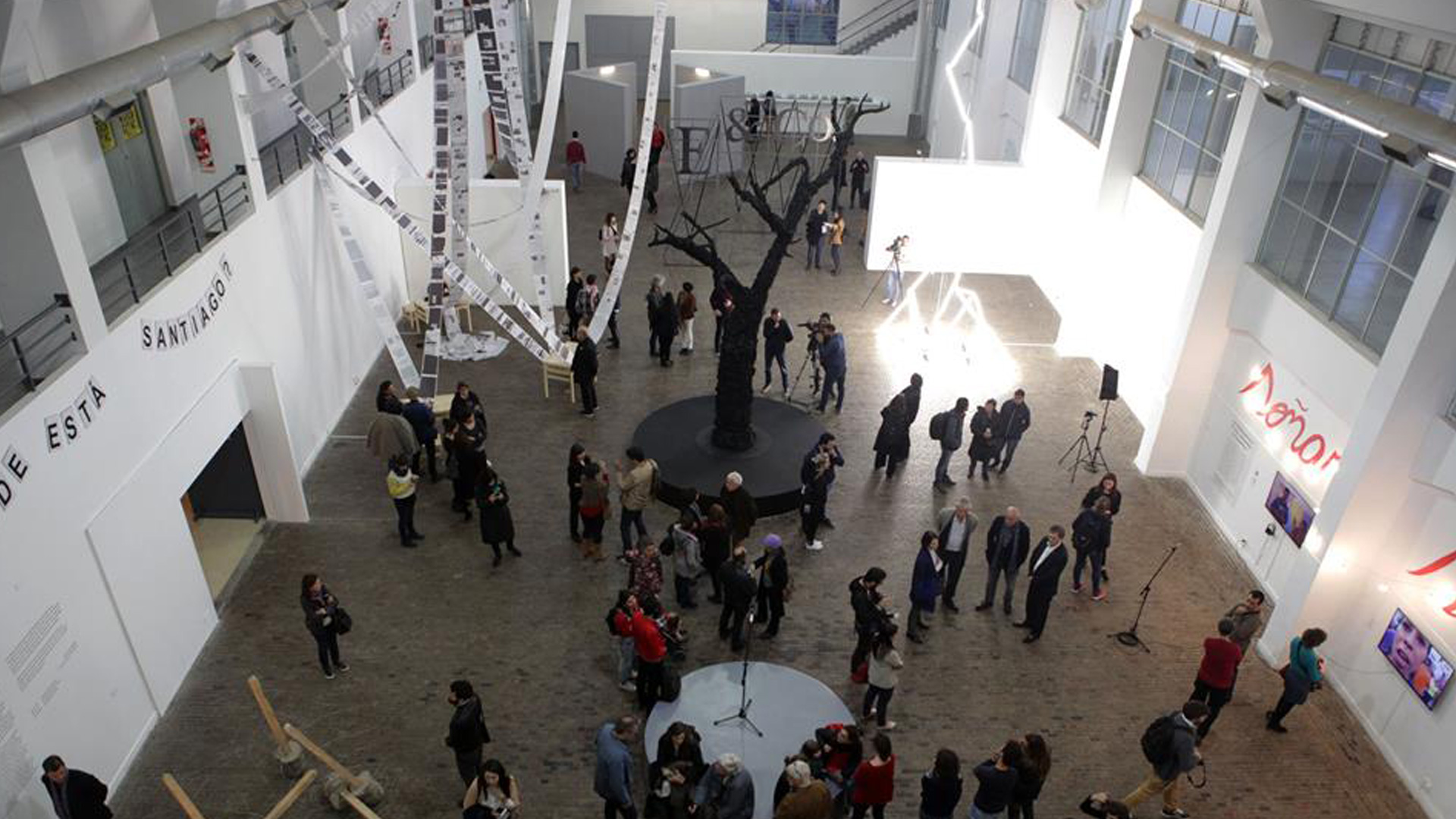 Billed as an event to “tear down walls” and find common ground among artists from all geographic latitudes, the First International Biennial of Contemporary Art in South America—otherwise known as BienalSur—is taking place in 84 venues, located in 16 countries and 32 cities worldwide.

“Is it possible to promote a real dialogue, on equal ground, among different parts of the world,” the biennial asks, “and that this could emerge in the global south?” The first edition of BienalSur attempts to do just that.

With its broadly decentralized structure, BienalSur aims to fill the most unexpected places with art, connecting with communities and alternative venues rather than traditional art circuits. The organizers invited curators and artists to present proposals in two international open-themed competitions. They received more than 2,500 proposals from 78 countries.

It is not surprising, then, to find that the art of social action, interventions in urban spaces, and bringing art to geographic frontiers are important aspects of the event.

Many of these themes are part of contemporary Cuban art. For René Francisco, “a biennial of the historic south is interesting. I’m thinking about the resonance that the concept of the third-world biennial, established in the early 1980s in Havana, has had—how it presented an art that had no relation to previous biennials, and made available to “el Norte” the names of artists, art, and art concepts that did not usually appear in major art spaces.”

Experiments with emerging technologies is another element that distinguishes BienalSur. The “Ventanas BienalSur” initiative adds an augmented-reality aspect to the event. A free downloadable mobile app enables users around the globe to see works presented in the physical venues.

“One of the achievements of this Biennial—which is based in the South but has offices in Australia, Japan, Colombia, Mexico, and other latitudes—is the use of technology,” said Francisco in an email conversation. “While working in my space I could see other artists working and operating in those countries, all at the same time, through devices arranged by the organizers. It allowed us to meet and get to know each other, even in such a far-flung, polarized space.”

For BienalSur, Francisco retraces his own creative footsteps with the solo exhibition Flatbed. (The title references a type of machine used by film editors in the celluloid era.) The show may be seen as a synthesis of concepts, drawings, texts, and sketches. But it’s not a compilation of previous works—rather, Francisco saw it as an opportunity to revisit themes he has worked with in the past, such as the repair workshop, wells, large demonstrations, banned books, and the Tubosutra series.

“For Flatbed I have ‘squeezed the lemons of my mind,’ so as not to make copies of old works but rather new interpretations of old themes,” he said. “I’ve taken a sequential approach, stringing together flashes of these themes as if they were a set of mental beads.”

“This review of my own personal history has awakened my interest in areas that I abandoned before exploring them very deeply. It is like remembering Jorge Luis Borges insisting that many times the search for the new lies in the archeology of what is oldest, in what has been forgotten.”

In addition to Flatbed, Francisco has a work in La Mirada que se separa de los brazos (The gaze that separates from the arms), one of the group exhibitions presented by BienalSur in Buenos Aires.

Unlike Flatbed and its re-examination of past themes, “Mar de balseros (Sea of Rafters) is situated in the present of my work,” said Francisco. “It is an old migratory theme—the search for new forms of life, escaping across the sea. It is a tragic subject but I approach it quietly and with a certain distance.

“Lately, I have tried to tell sad stories with a certain joy, where the gaze contrasts the statement. The calm sea, with its blue horizon on the one hand, and on the other, the information in the technical file, revealing statistically the deaths of thousands and thousands of people who tried to arrive at the longed-for other shore and never reached it.”

In considering his work as part of a creative dialogue across the global south, Francisco commented that “I am very interested in the resonance with my colleagues, the shared point of view of the invited artists, who approach the event, with equal expectations, from other latitudes. The opinions of these colleagues interest me more than what the news media or the biennial itself have to say.”

BienalSur is organized by the Tres de Febrero National University (UNTREF) in Argentina, with Aníbal Jozami as general director and Diana Wechsler as artistic-academic director.

BienalSur will continue until December of this year in various cultural centers, buildings, and public areas. Although its main center is Buenos Aires, it extends far beyond Argentina to Santiago de Chile, Rio de Janeiro, Paris, Berlin and Tokyo, among its 32 cities.

This biennial has great ambitions—among them, to modify the cultural map of the world.

Below, a two-minute video about the BienalSur exhibition La Mirada que se separa de los brazos (The gaze that separates from the arms).