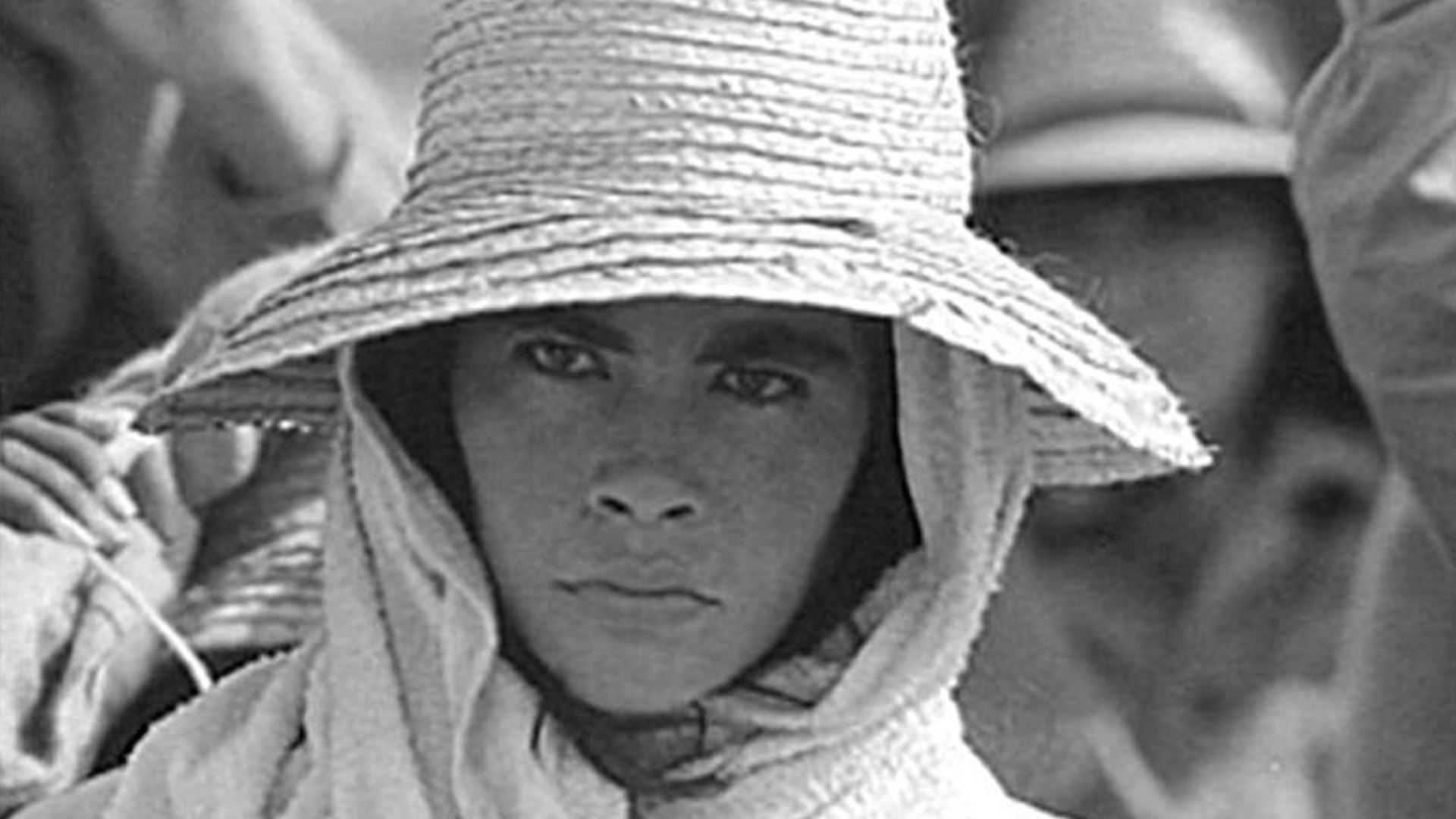 After last week’s post-Irma Update on Havana and South Florida, we turn to news of Cuban art & artists in Europe, Asia, and around the United States—including a moving sale in Chelsea.

Azaceta in Louisiana. Large-scale works by Luis Cruz Azaceta are included in four group shows in Louisiana arts institutions. At the Ogden Museum of Southern Art in New Orleans, the 8 x 8–foot painting Do Not Kill Here Any Time from 12 a.m. to 12 p.m. (2017) is included in Louisiana Contemporary Presented by the Helis Foundation, on view through October 23.

In Lafayette, Tina Freeman: Artists Spaces pairs Freeman’s photographs of artists’ work spaces with artworks that were created there. Here, Azaceta’s work is Aleppo’s Blood (2017), an angular abstraction in shades of red. At the Hilliard University Art Museum, University of Louisiana at Lafayette, through May 5.

Also in Lafayette, Art I-10 showcases three Azaceta canvases, including Heroes’ Tale 2 (2016), Wall, and A Question of Color (both 2017). On view through February 27, Art I-10—like Tina Freeman: Artists Spaces—is presented in conjunction with the New Orleans Triennial, Prospect 4. The Lotus in Spite of the Swamp, opening November 18.

And finally, Azaceta’s Museum Plan for New Orleans (2006–08) was recently added to the New Orleans Museum of Art’s holdings, as part of the Arthur Roger Collection recently given to the museum. Included in a show that closed in early September, the work remains on view as part of the museum’s permanent collection.

Garaicoa in Beijing. In Bestiary, Carlos Garaicoa creates sleek, simplified architectural models made of glass, wood, and other materials, and pairs them with black-and-white photographs of the buildings they depict—messy, falling apart, and marked by human presence. Carlos Garaicoa: Bestiary runs through December 17 at Galleria Continua, Beijing.

Garatti exhibition and Bugatti-Segantini Prize. Congratulations to Vittorio Garatti, one of the three original architects of Havana’s National Art Schools and winner of the 58th Premio internazionale Bugatti-Segantini. (Last year’s winner, Cuban artist José Rosabal, was the first non-Italian to win the prize.) The award honors include an exhibition, and this past weekend saw the opening of Arte e Utopia: Vittorio Garatti, and the award ceremony, at the Villa Vertua Masolo in the town of Nova Milanese. The show runs through Sunday, October 15.

Melis in Spain. This autumn, the Fundación Cerezales Antonino y Cinia, located in northeast Spain near the city of León, is presenting Adrián Melis: El silencio absoluto no existe. Using video, photography, and mixed-media installations, the artist explores the concepts of “immaterial labor,” which creates products such as knowledge and information, and “affective labor,” which produces emotional experiences. On view through November 12.

Group Show in Paris. Opening next Tuesday, October 10, La Habana – Paris 13 features paintings and photographs by such artists as Eduardo Abela, Alicia Leal, and Juan Moreira. On view through November 10 at Galerie Artbribus.

And in Los Angeles, “Pacific Standard Time: LA/LA” continues. Many of the scheduled exhibitions have opened. In addition to The Cuban Matrix, which we profiled last month, Cuban artists are featured in Relational Undercurrents: Contemporary Art of the Caribbean Archipelago at the Museum of Latin American Art (MOLAA); Circles and Circuits I and II at the California African-American Museum and the Chinese American Museum; and Mundos Alternos: Art and Science Fiction in the Americas at the UCR Artsblock in Riverside.

For more exhibitions and events, check our roundup of where to see Cuban art in “Pacific Standard Time.”

Cuban movies too. As part of its “PST: LA/LA” offerings, the UCLA Film Archive series “Recuerdos de un cine en español: Latin American Cinema in Los Angeles, 1930–1960” will include two classics of early Cuban film: La Virgen de la Caridad (Ramón Peón, 1930) and Casta de Roble (Manuel Alonso, 1954). The two films will be shown on Monday, October 23 in the UCLA Film Archive’s Billy Wilder Theater, and again on Friday, October 27 at the Downtown Independent. Just this week, the series made the top of the Hollywood Reporter “October To Do List for Film Buffs in Los Angeles,” with the two Cuban films singled out as a highlight. For details on the screenings, check the UCLA Film Archive website.

And “PST: LA/LA” on Arte al Día. A shout-out to critic and curator Julia Herzberg, who has been filling the Arte al Día website with stories on different exhibitions and events in “Pacific Standard Time: LA/LA.” Julia is adding new articles throughout the run of “PST: LA/LA.” You’ll find them all, in English, here.

In Miami, Artists in Purgatory. Postponed by Hurricane Irma, the opening for Artists in Purgatory: Jorge Reynardus Collection at KAC took place last Friday at the Kendall Art Center. The show features work by more than 50 artists, including Willy Castellanos, Rubén Torres Llorca, Consuelo Castañeda, Glexis Novoa, and many others. A companion book with the same title was launched at the opening. The show runs through October 28.

In NYC, a moving sale. The Center for Cuban Studies and Cuban Art Space are leaving their longtime space in Chelsea. Before they go, they’re hosting a series of month-long sales of works from the collection. The first runs through Saturday, October 14, and features works by such artists as Fuster, Wayacón, and Sandra Dooley. Other artists will be spotlighted in upcoming sales in October-November and November-December. For more artworks, see the Cuban Art Space website.

Siré in Queens. Digital artist Nestor Siré has teamed up with Julia Weist for an exhibition that explores and inventively interacts with el paquete semanal, the “weekly packet” of digital information and entertainment that is the backbone of Cuba’s informal electronic network. Together, Weist and Siré created a short video with actor Mark Ruffalo—well known on the island for portraying Bruce Banner and The Hulk—and went about getting it inserted into el paquete. The path that their video took—plus what may be the only archive of 52 weeks of el paquete—are on display in 17.(SEPT) [By WeistSiréPC]™ at the Queens Museum through February 18.

A casting call from MoMA. Recently spotted online, an unusual help-wanted ad on the New York Foundation for the Arts website. The Museum of Modern Art is looking to stage Tania Bruguera’s Untitled (Havana, 2000), and is searching for performers. Assuming that the museum finds them, the exhibition is scheduled to run January 22–March 15. (These dates are given in the advertisement; the show is not yet listed on the MoMA schedule.) As described in the ad, potential performers should be male, Cuban or of Cuban descent, capable of performing repeated physical movements over time, and comfortable performing nude. (Read the full ad here.) MoMA acquired Untitled (Havana, 2000) in 2015. It is the first work of Bruguera’s to enter the collection.

Lucía at the New York Film Festival. As part of its “Revivals” section, the Festival will screen Lucía, the classic 1968 film by Humberto Solás, in a new, digitally remastered version. Calling it “a key work of Cuban cinema” and “a vivid visual experience, shot in glorious black and white,” the Festival will screen it at 8 p.m. on Thursday, October 12. More info here.