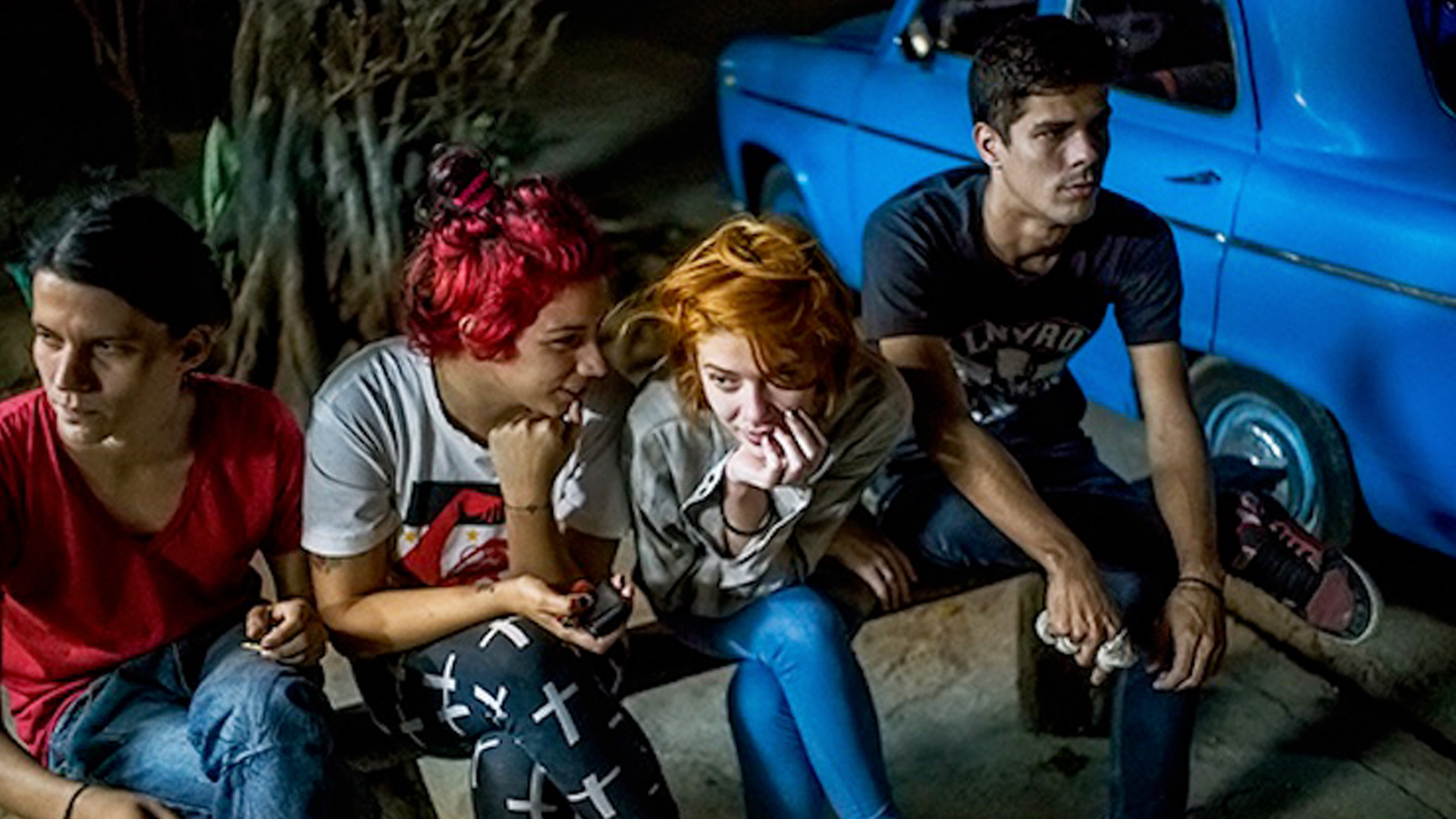 Among the 70+ exhibitions about Latin America scheduled for museums around Southern California in “Pacific Time: LA/LA,”one of the most interesting—and potentially controversial—is Cuba Is, opening September 9 at the Annenberg Space for Photography. Curator Iliana Cepero talks with Cuban Art News editor Susan Delson about the show and its unflinching take on contemporary Cuban realities. “It’s not the Cuba that appears in the tourist brochures,” she says.

How would you describe Cuba Is to someone hearing about it for the first time?

The show is focused on the Cuba of today. The photo shows that are held in the US are usually historical—and I was part of one of them. [¡Cuba, Cuba! 65 Years of Photography, presented by the International Center of Photography at the Southampton Arts Center in 2015.

The Cuba that people remember is the Cuba of the 1960s and 1970s, with those very iconic images. Those images are so appealing, and very efficient at conveying political messages.

That Cuba has long passed. The Cuba of today is very different, and it is time for the American audience to know what is the real Cuba.

How is the show organized?

Chronologically, the show begins in the Special Period, in the 1990s, and goes to the present.

We have four featured photographers, and we’re going to display a lot of works by them. Two women, two men, two Americans, two Cubans. The Americans are Elliott Erwitt and Tria Giovan. The Cubans are Raúl Cañibano and Leysis Quesada Vera.

And the other photographers in the show?

We also have Cuban artists living in Cuba, and the Cuban diaspora—either Cubans who left Cuba or descendants of Cuban parents. Then we have American photographers—a few. And two other photographers, one Chilean Spanish, the other Italian.

There are more than 20 photographers in the show.

What were the criteria for selection?

I chose them because they made interesting series about the Cuba of today. That was very important for the narrative of the show.

We are going to see the lights and the shadows. I know that for some people in audience, it’s going to be a little bit of an uncomfortable show. Because the Cuba we’re presenting is not the Cuba that has been advertised. It’s not the Cuba that appears in the tourist brochures.

It’s a Cuba with racism, with child prostitution, with class disparity. It’s a Cuba that has a diaspora. For example, we have a series by Geandy Pavón on ex-political prisoners living in New Jersey.

There’s another series by Michael Christopher Brown, on a youth culture in Cuba that is kind of marginalized. They take drugs, they drink alcohol, as a form of escapism. It’s a disenchanted, disillusioned kind of youth culture.

We’re going to have a series by Carolina Sandretto on tenements, which are very common in Havana. Also the life of the “one percent” in Cuba—the elite. And we’re going to talk about entrepreneurship in Cuba, entrepreneurs. We talk about el paquete, the phenomenon of the homemade internet and the traffic of data.

We are have a series, called Cuba Out of Cuba, about successful Cubans in the US, by Alexis Rodríguez-Duarte and Tico Torres.

For me it was very important to show the success of Cuban Americans in the US. People tend to have a picture of Cuba—either that we are a happy people living in Cuba no matter the political system and its problems, or a view of Cubans as victims of that regime, oppressed and not capable of having agency.

It was important to me to show that you have a very powerful and successful Cuban community in the US. We’re going to have photographs of Isabel Toledo, Narciso Rodríguez—both fashion designers who dressed Michelle Obama. We have Gloria Estefan.

Also we have the new generation—for example, Sabrina González, who is a genius. A very young physicist whose mother is Cuban. She’s considered the next Einstein. Most Cubans don’t know that Cuban Americans are making waves.

How did the show come about, and how did you come to curate it?

The Annenberg contacted me through a recommendation on the part of a curator with whom I had worked in the past. Also, they knew about my show for ICP.

The Annenberg Foundation has a photo space, the Annenberg Space for Photography. When the Getty decided to organize this event, “LA/LA,” the head of the foundation, Wallis Annenberg, was interested in having something on Cuba. It was because her parents took her to Cuba when she was a kid, and that’s the memory she has. She also felt that, given the recent opening of diplomatic relations, it was important to have a Cuban show for this event.

Which is great. She could have thought of any country in Latin America, but she thought of Cuba.

How much was the Annenberg Foundation involved in the show?

They were all very supportive of what I wanted to do, very open-minded. They are very committed to social justice and humanistic concepts. I think they like very much the idea of bringing out this angle of Cuba, which is controversial but I think is necessary.

I’m very grateful not only for this opportunity, but the freedom to make my narrative—my vision—possible.

From the Annenberg Space website, I see there’s also going to be a “virtual reality experience” of contemporary Cuban music. What can you tell us about that?

I haven’t seen it myself. From what I’ve read, it’s a 4-minute piece, called “La Música Habana,” that combines virtual reality with traditional storytelling. It’s immersive.

That should be interesting. But let’s shift focus for a moment and talk more broadly about “Pacific Standard Time: LA/LA.” What do you think this show will contribute to the initiative as a whole?

Of course I’m biased, because my expertise is in photography, but I think photography is an important channel to represent a reality. I’m very interested to see how Cuban photographers, or photographers who go to Cuba, can immerse themselves in certain phases of Cuban society that are inaccessible, maybe, for a painter or a filmmaker. Phases that only photography can reveal—this uncomfortable truth that we will be showing in this exhibition.

I believe in the power of art to reveal this truth. And I think it’s more urgent than ever. Given the social and political climate of Latin America in general, it’s important to reveal these kinds of points.

This is a show mostly about Cubans—about the people, and the complexity of those people beyond the political climate or the political system in place in Cuba.

Because you know, a very high percentage of Cubans live by remittances sent by relatives in the US. It’s one of the main incomes in the Cuban economy today. So all these divisions that politics have created for us, they are not at the personal level. At the personal level, there’s no division, and this show is a reflection of that.

Cuba Is opens at the Annenberg Space for Photography in Los Angeles on Saturday, September 9 and runs through March 4.