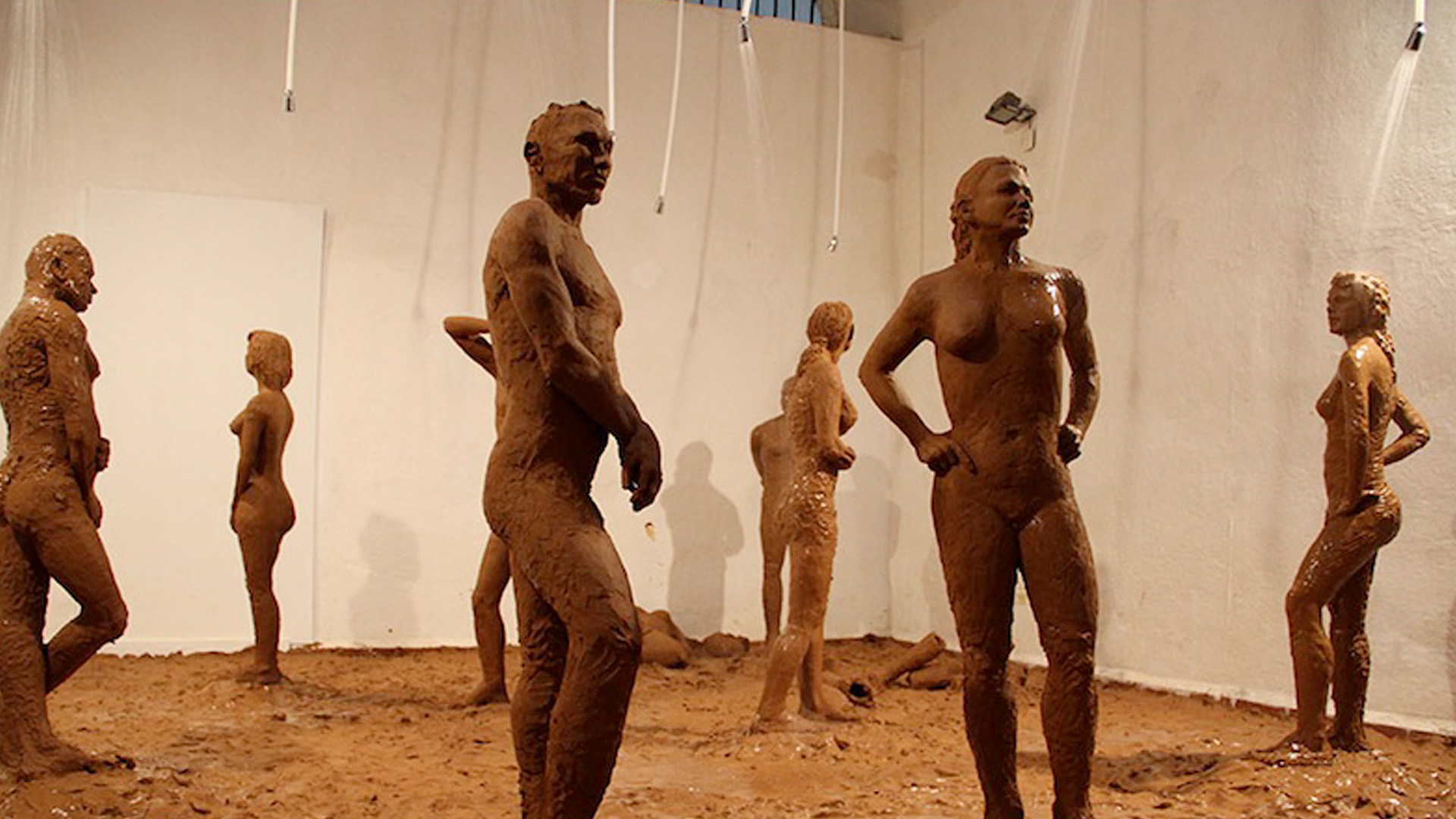 Jorge Wellesley and Elizabet Cerviño are the last of six Cuban artists to take part in this spring’s international residency program at Residency Unlimited, sponsored in part by the Cuban Artists Fund. In a pair of mini-interviews, they talk about the program, speculate about its impact on their work, and compare New York to Havana—and Miami.

First up: Jorge Wellesley, who recently moved from Miami to Guttenberg, NJ.

Had you spent much time in New York before this residence? For you, how is Brooklyn different from Havana or Miami? How is it similar?

Actually I had been in NYC many times before for exhibitions and conversation about my work. This time, I started my residence in early June.

For me, Brooklyn seems more like Havana than Miami. Walking the streets of Brooklyn and Manhattan, where I have the studio, reminds me a lot of the dynamics of Havana and its inhabitants. The art and all the movement it generates in these cities is perceptible in so many museums and galleries, but also in the subways, the streets, and the parks.

Havana has, on another scale, a lot of that. The art culture there is well known, and with a lot of history that even connects it to New York. The parks, the Capitolio and all the architecture, the sea, the city’s capitalist past, Martí, the people walking the streets and interacting.

Miami, by comparison, is a very young city. It has other attractions than art. But it’s growing. It’s like the capital of Latin America, with all the diversity and richness that this implies.

What do you find most interesting about the RU residence?

The RU residency has a special appeal. It’s very pragmatic in terms of the relationships that it fosters between artists, curators, critics, and so on. RU takes advantages of the New York infrastructure, so that artists can experience the city in their own way or as their work requires. The program is very diverse and includes visits to museums, exhibitions, open studios, studio visits. The network they’ve established provides artists with opportunities to make important contacts for their own careers.

Has being at RU or Brooklyn had an impact on the art you are creating here? In your art in general?

I do not see a specific, direct impact on my work. All experiences are good for me, bring something new into my work, and allow me to learn. But yes, it’s interesting to meet other artists and hear them talk about their work.

Two months is a very short time to see an impact on an artist’s work. These processes take time, but living in a city like Brooklyn can definitely be an influence.

I just want to add that the RU team is very effective and professional. Hopefully they will gain more support, so that more artists can participate in this residency program.

And a poetic take on the city from Elizabet Cerviño.

Had you spent much time in New York before this residence? When you arrived, what were your first impressions?

I had visited New York in 2012, but only for a week or five days—I don’t remember exactly. They were days of joy, impressions and long walks.

Now on this second trip, with RU support, I had every hope of not working, and dedicating myself to taking long walks. I enjoyed the architecture of Manhattan, the city that never sleeps, but my body didn’t cooperate on that. Only twice was I able to see the sunrise here, at 5:30 or 6 in the morning. That was when I most enjoyed the drawings of the ciudad sin que me arroyen los apuros.

How is Brooklyn (or the city of New York) similar to Havana?

The heat, in the summer… the architecture, especially the Art Dèco, which I love so much. There is something in the rhythm that I cannot explain.

I suppose some differences between the two cities are obvious, but if there are differences that are particularly striking or stimulating for you, what can you tell us about that?

NewYork is a city that crushes you—a perfect, effective, surprising representation, many (optical) illusions, and of course without God. A very hard blow, a crude reality, an exaggeration, where we confuse the true with the false. Of course there is always an intense light that produces blindness, in some short-term, in others eternal. It is an experience of loss and recovery in the middle of my walks.

The cultural context is not limited to spaces such as galleries or museums.

Of course these spaces never stop rendering a value judgment, but they are not boring places. There is life in them. They develop workshops for children, yoga classes, morning exercises, choreography. There is movement—they change things, they make you come back. I like museums that project themselves outward, towards the life in the streets.

You can see an opera, or a mega-installation in a park.

That stimulates me. It gives you the desire to create.

And I want to point out that Havana is also a beautiful, human, varied city. I love Havana, its surviving architecture. I keep my temple there.

Do you think that being in Brooklyn or being part of the RU residence has had an impact on your art? In what ways?

Contexts always influence people’s lives, how they would not do it in their ways of expression. But the reality is that here, there’s never enough time! Of course if you spend three hours or more on a metallic worm (the subway) inside tunnels underneath the city, you don’t see the light of day.

To penetrate the space and move around without fear was what I wanted. But in reality, one is simply absorbed into the crowd.

The subways and their stations, the life there, are containers of energy. That also impressed me. I spent time writing new projects for my next two solo exhibitions in September: Na, at Galería Continua in Havana, and La pausa (The pause), at La Columnata in Lima, Peru.