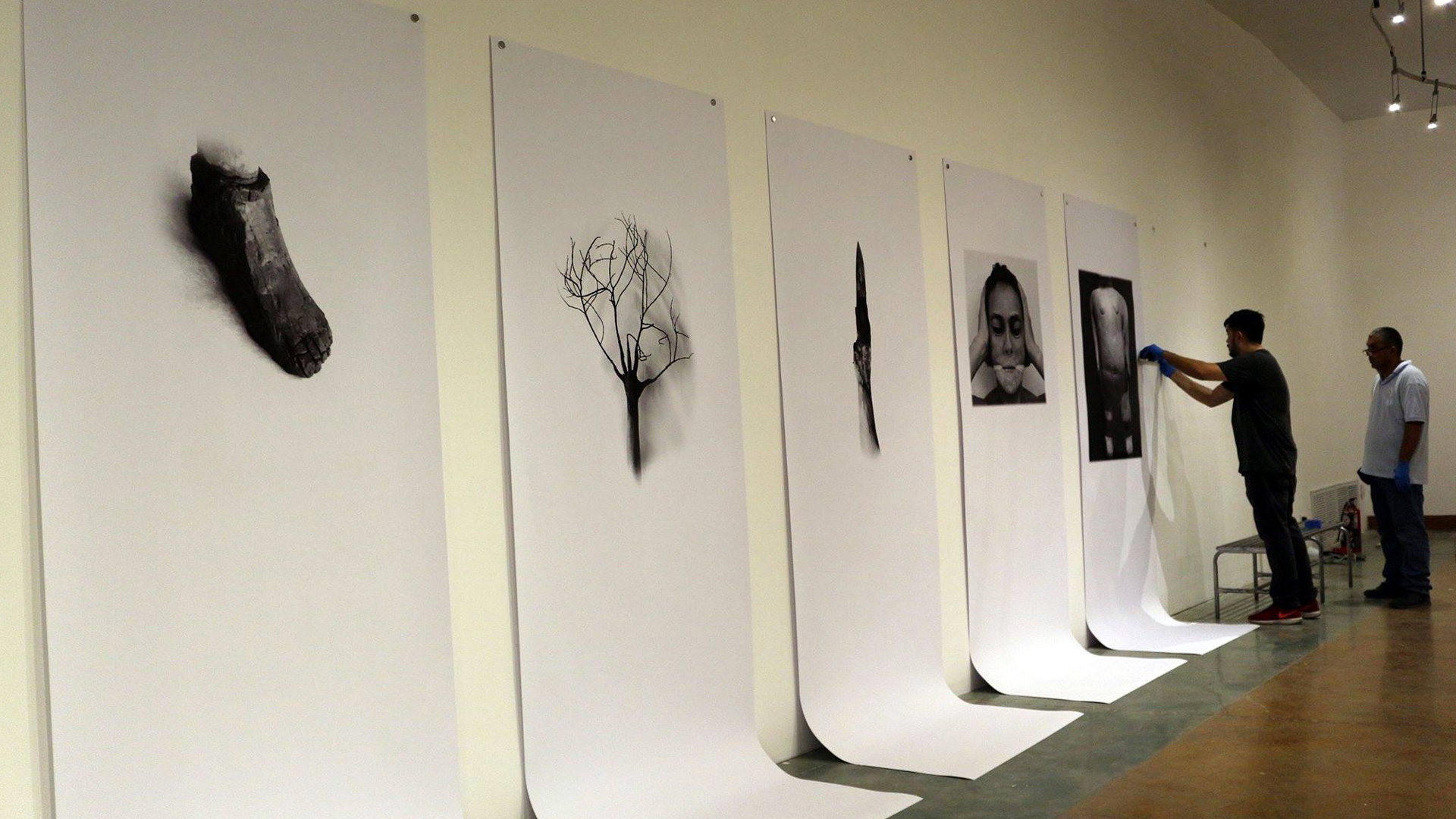 “The exhibition has been in the planning for two or three years, until we finally confirmed the dates and spaces,” Pérez explained via email. “MUSAS is a relatively new museum [opened in 2009] that welcomes a wide variety of projects and has a vision for multiple artistic genres.”

“‘A Symbol is a Truth’ is the title of one of my works from the 2000s that is in the exhibition, and it was the title that Mexican curator, Octavio Avendaño, and I selected for the show,” she continued. “In every culture there have been symbols that represent Truths, and that are respected as much as the written word and religious faith are. It seemed to us something very evocative for this show.”

In his exhibition statement, curator Octavio Avendaño Trujillo wrote that Pérez “belongs to a generation of Latin American artists who found, in a non-Western identity, an artistic and cultural problematization that became a big part of what we know today as contemporary art.”

“During the decade of the 1980s Marta María started—and continues—a body of work that destabilizes the colonial thought that predominated during that time,” he wrote.

“Spiritism and Afro-Cuban religions are the two main themes that Marta María has identified in her own autobiography,” Avendaño Trujillo continued, noting that her work “activates this self-reference as a critical device toward the value of the artistic object” by rejecting “Western civilization’s utilitarianism and its appropriation” of so-called peripheral cultures, such as African and indigenous groups in Latin America.

The exhibition features approximately 50 works in a range of formats and media, including sheer fabric, aluminum, heavyweight Bond paper, and video. “The formats were defined by the space itself, to lend diversity to the exhibition,” Pérez wrote.

“It was a selection of works more or less in chronological order, chosen to give a general view of my oeuvre to the people from Sonora, and from Hermosillo in particular—offering a wide overview from the 1990s until today, with the inclusion of videos, which are my most recent work,” she added.

Below, one of the videos in the exhibition: Marta María Pérez, Un acuerdo (An Agreement), 2011. Of this work, Pérez has written: “I get close to a bottle of translucent glass to whisper, near the ‘mouth’ of the bottle, certain words. Once I finish whispering, I confine the words with the cork, closing a firm agreement, unknown for the spectator.”