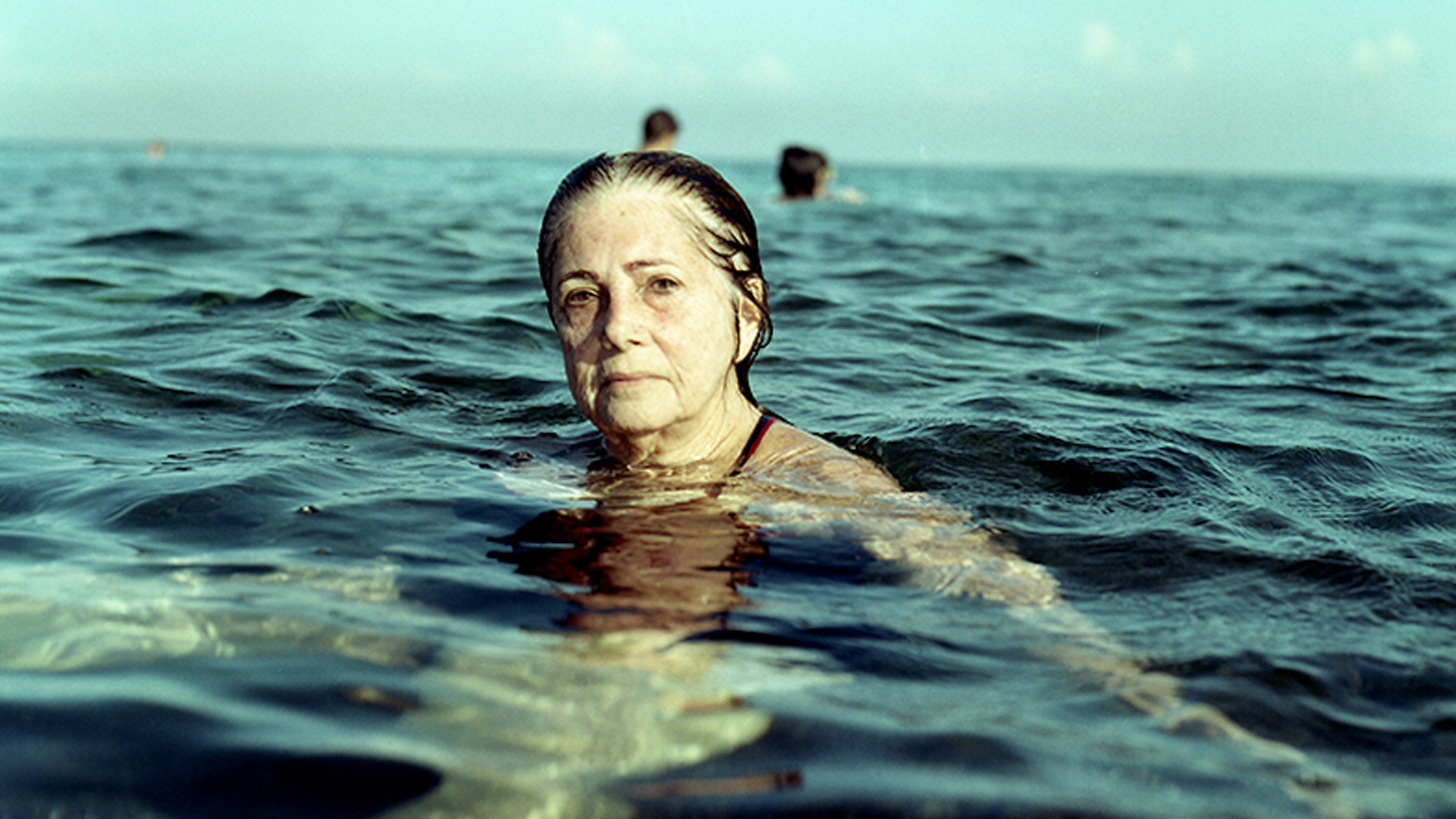 Home Visual Arts On the Horizon: Cuban Artists on Both Sides of the Strait
Facebook
Twitter
Linkedin
Email

Ah, that you escape in the instant

you had come upon your best definition.

The horizon, that tangible ideal plane, palpable promise and infinite utopia, always within reach of the eyes, is perhaps the most accurate mirage. Perhaps it is also the most effective metaphor for contemporary Cuban society, marked by more than half a century of unfulfilled promises and utopias that have devolved into deception and cynicism.

With this trope as a starting point, the Pérez Art Museum Miami (PAMM) presents On The Horizon: Contemporary Cuban Art from the Jorge M. Pérez Collection. Comprising more than 170 works by contemporary Cuban artists living in and beyond the island, the exhibition is structured around the notion of the horizon. It serves as a guiding principle for the three-part show, organized under specific themes—Internal Landscapes, Abstracting History, and Domestic Anxieties—that follow each other in three three-month cycles, closing in April 2018.

On The Horizon: Contemporary Cuban Art from the Jorge M. Pérez Collection celebrates the most recent $15 million donation that the art patron and real estate developer Jorge Pérez made in December, 2016. Distributed over ten years, the donation stipulates that $5 million be marked for the acquisition of Latin American art, with $1 million of that total marked for the acquisition of contemporary Cuban art.

Under the subtitle Interior Landscapes, the first part of On The Horizon includes 30 works: painting, sculpture, photography, installation, and video. Placed in the museum’s permanent collection galleries, some of these works function as a prelude and a conceptual hiatus between the exhibition’s chapters, as well as setting up a dialogue with other pieces from the permanent collection.

In Fire (America) 5, specifically, we witness a work that represents the universe of this artist, who is interested in the psychological relationship associated with the elements of water, earth, air and fire. Here, the night skyline, embraced in flames, is constructed from an exquisite mosaic of glazed ceramics. Deprived of the companion work, Nocturnal Landscape engulfed in Flames, which was its perfect complement in the artist’s most recent show at Lehmann Maupin Gallery, Fire (America) 5 loses much of its dramatic and immersive character, definitively reducing its impact on the viewer.

Piñas’s two untitled photographs function effectively as a prelude to Internal Landscapes. His outstanding photo essay was made in Havana during the critical years between 1992 and 1994, which were bookended by two vital events: the declaration of the Special Period in Times of Peace in December 1991, and the massive departure of the balseros in the summer of 1994, which became known as el maleconazo. Piñas’s work effectively records the sentiment of Cubans during that period, in which all hopes and even daily survival were pinned beyond the sea.

Just before entering the exhibition, two paintings offer contradictory interpretations on either side of the horizon: Summer / Verano, 2007, by Enrique Martínez Celaya and Island (See-scape), 2010, by Yoan Capote. In both cases we see wild landscapes in which the individual, present or not, is confronted with a limited situation. Both works, marked by lived experience, reflect the existential drama that characterizes contemporary Cuban identity, weighed down by inner upheaval and renunciation. Like mirror images, these works capture the migratory condition of the contemporary Cuban drama through two opposing faces: exile and confinement.

Within the gallery hosting Internal Landscapes, works of a visceral character dominate the space, most marked by the leitmotif of the sea as a way of escaping all problems of Cuban society. Virgilio Piñera’s stigmatizing line, “The damn circumstance of water everywhere” seems to echo at every step.

Juan Carlos Alom´s series Born to be Free, 2012, is a photo essay that attests to this close relationship with the sea, as a kind of free zone within Cuban society—a place where escape and reconciliation are possible, if only for a short while.

The video I Scream, Therefore, I Exist, 2011, by Antonia Wright, is the oppsite. Here, the vast reaches of blue are replaced by a claustrophobic swimming pool, in which the artist stifles her cry of generational confrontation. As the artist expresses her anguish in the foreground, in the background an elderly couple walks into the water without acknowledging the stifled scream. Given the context of the show, the work is an expression of marked differences in thinking about the island among the generations in South Florida.

Differing substantially in their formal solutions, Imitación de vuelo (Imitation of flight), 1990, by José Bedia and Beso en tierra muerta (Kiss in dead land), 2016, by Elizabeth Cerviño address Cubans’ aspirations and the desire to turn abduction into flight. With great poetic sensibility, Beso en tierra muerta presents bricks transformed into wavelike calligraphy, assembled as if to sink a foundation into the gallery floor.

Luis Cruz Azaceta´s Caught, 1993, is among the show’s most powerful works. Azaceta has been one of the artists to most effectively interpret the immigrant´s drama. Notions of abandonment, violence, and renunciation are constants in his work. Caught summarizes the tragedy of the immigrant who has already fought nameless dangers (abandoning home and family, crossing the perilous Florida Straits) for the sake of the freedom, only to be besieged on the high seas.

Also from that momentous period of contemporary Cuban history, From the series Migrations II, 1994, by Sandra Ramos captures the anguish of the immigrant who has to distill his existence into the restricted baggage that he can carry with him. On top of that are the contradictions, and the defiance, that the migratory act implies in relation to the indoctrination that Cubans received from earliest childhood.

The work was exhibited as part of the solo show Migraciones, presented as a collateral exhibition in the 5th Biennial of Havana in 1994. From the series Migraciones II recalls a time when the Cuban exodus gathered momentum, and it was possible to leave the country only definitively, making the suitcase an essential symbol of Cuban life.

Tania Bruguera’s Sunflower # 2, 2002, deserves particular attention. Reflecting a superb economy of resources, this striking work is a powerful evocation of Cuban sentiment. From the formal perspective, it is also an undeniable wink at the extended tradition of American “drip art,” but here we witness direct aggression to the canvas. The imprint of the sunflowers saturated with ink gives the impression of bullets striking the canvas.

The sunflower in Cuban culture is directly linked to the Virgin of La Caridad del Cobre, the island’s patron saint. Affectionately nicknamed “Cachita,” deeply rooted in the Cuban soul, she represents both protection and a better future. The work’s yellow color refers simultaneously to the Virgin of La Caridad and to Luminol, that solid yellow crystalline used in criminal forensics to make traces of blood visible. With this work, we are at the scene of a crime. In Sunflower # 2, the sunflowers—symbols of faith and hope, arrayed against the empty and impassive wall—are a gesture of simplicity and unsurpassed strength.

It is important to note that On the Horizon presents only the most recent donation received by the museum, excluding other works of Cuban artists that previously became part of the collection. This is the case with The Spy Ship, 1994, by Julio Larraz—also donated by Jorge Pérez—which would have worked well within the present exhibition. Other works in the museum’s collection not donated by Mr. Pérez—by Ana Mendieta, Carlos Alfonzo, and Luis Gispert, for instance—would also have fit in well.

On the Horizon: Contemporary Cuban Art from the Jorge M. Pérez Collection is that pinch of salt essential to PAMM’s ongoing work and commitment to Cuban art. It is a commendable task that could, in the long run, overcome the senseless stigma of dentro-fuera, inside-outside, that has characterized contemporary Cuban culture. It is, with such encouragement, that we applaud the current show.

Interior Landscapes, chapter 1 of On the Horizon, runs through September 1.