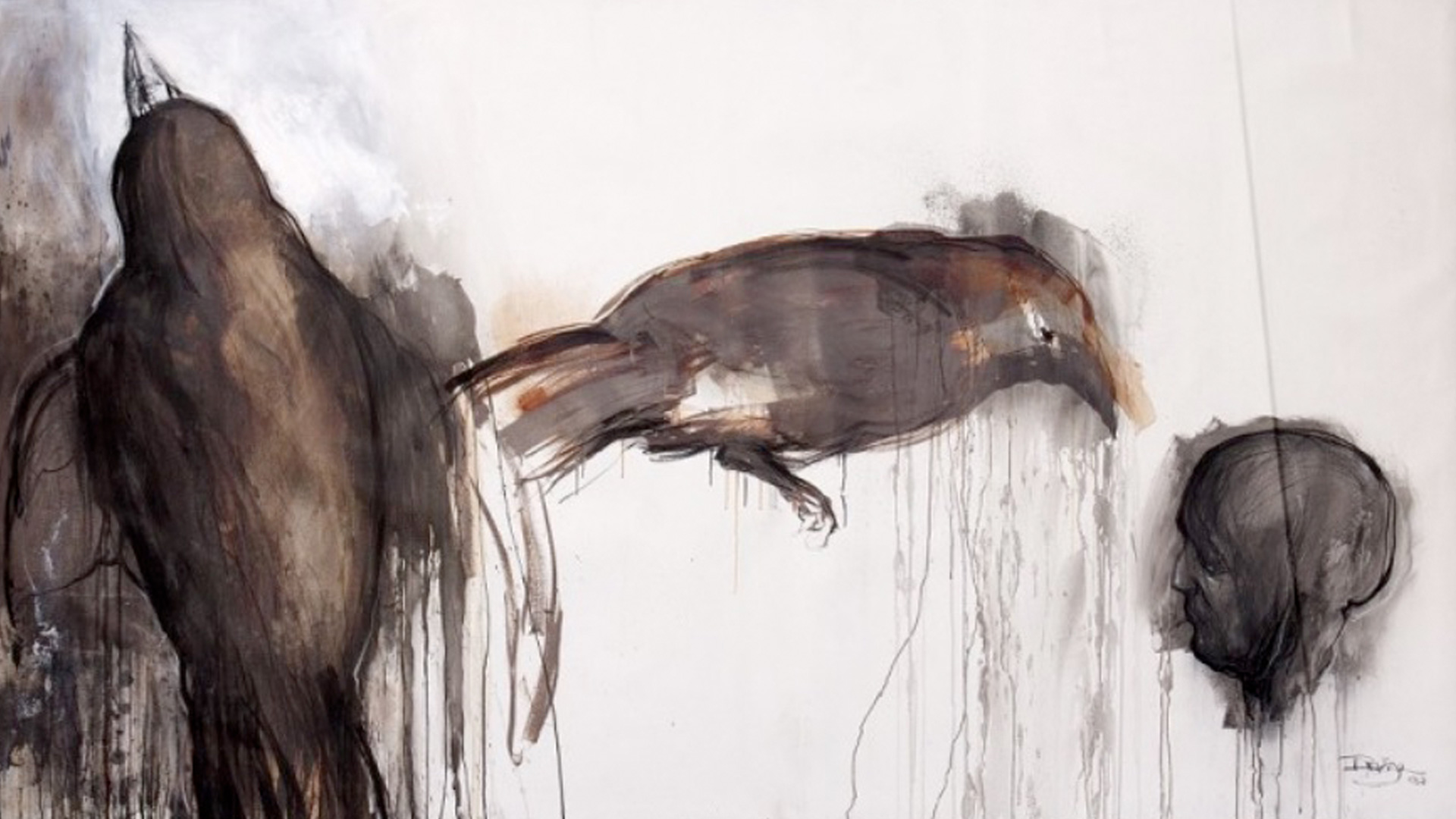 UPDATE: Manuel Mendive: Nature, Spirit, and Body, scheduled to open July 5 at the Bronx Museum of the Arts, has been postponed due to shipping issues. We’ll be back with the new opening date as soon as it has been confirmed.

Soriano in Southern California. Rafael Soriano: The Artist as Mystic, the retrospective that premiered this past January at the McMullen Museum of Art in Boston, has arrived on the West Coast, where it opened and the end of June at the Long Beach Museum of Art. Close to 100 paintings, drawings, and pastels trace Soriano’s career from early geometric abstractions to the translucent forms of his later work. According to the museum website, the show runs there through October 1, then travels to the Frost Art Museum in Miami, wrapping the tour at the Museo Nacional de Bellas Artes in Havana. For the Cuban Art News interview with the show’s curator, Elizabeth Thompson Goizueta, click here.

Mesías in Havana. In his show at Factoría Habana, José Manuel Mesías focuses on specific episodes in the Cuban wars of independence to explore the mechanisms by which history is constructed, imagined, rewritten, and turned into myth. His paintings and installations fill the galleries of Factoría Habana, where Índice de imagines: José Manuel Mesías runs through October 20.

And Servando Cabrera. The artist’s portraits of rural residents and Havana urbanites are the subject of Mirame así: Habaneras y guajiros de Servando Cabrera, which opened late last month at Galería Habana. On view through July 21.

Octavio Irving at Servando. While Cabrera is showcased at Galería Havana, his namesake Galería de Arte Servando is presenting Octavio Irving: Pulsiones. Combining drawing and painting, “the dozen works in Pulsiones create a restless and untranquil space,” writes Rafael Acosta de Arriba in the exhibition text. “It is as if Octavio Irving had entered the realm of literary images of Edgar Allan Poe—certainly one of his favorite authors—intending to translate them into visual icons.” On view through July 29 at Galería Servando.

Posters in Santiago de Cuba. New York’s Center for Cuban Studies has teamed up with the Galería René Valdés in Santiago de Cuba to present Clásicos carteles cubanos del siglo XX. Curated by Alejandro Lescay Hierrezuelo, Saily Rivas Hung, and Raimel Vuelta, the show opened June 30 and runs through the summer. At the reception, longtime Center for Cuban Studies director Sandra Levinson was presented with the “Crecemos” award—a sculpture of José Martí by Alberto Lescay—and “tons of flowers,” as she wrote to us.

Just published in Havana. Late last month, Eduardo Ponjuán celebrated the launch of 45 RPM, a catalogue of his work of the past 20 years, with essays by Corina Matamoros, Llilian Llanes Godoy, Caridad Blanco, and other writers. The bilingual volume is published by Collage Ediciones, Havana. See the Cuban Art News walk-through of Ponjuán’s 2015 Premio Nacional exhibition here.

Pacific Standard Time starts rolling in Los Angeles. Pacific Standard Time: LA/LA is an ambitious, region-wide arts initiative focusing on Latin American and Latino art and culture, involving approximately 70 museums and organizations across Southern California. Although most exhibitions and programs will open in the fall, a few are slated for the summer. Among the first to open is Home – So Different, So Appealing, a look at the idea of home from a Latin American and Latino perspective. Now on view at LACMA, the show includes work by Luis Cruz Azaceta, Félix González Torres, and María Elena González. González’s 2017 version of Magic Carpet/Home re-creates her 2003 outdoor sculpture, a made-to-scale replica of the floor plan of an apartment in LA’s Watts district. Home runs through October 15.

And Hollywood in Havana. At the Pasadena Museum of California Art, this exhibition will present 44 posters from the island, offering a Cuban graphic-design take on classics like Moby Dick, The Shining, and Schindler’s List—and a few clunkers like What’s So Bad About Feeling Good? (1968), retitled for Cuban audiences as La revolución de los inconformes. Hollywood in Havana: Five Decades of Cuban Posters Promoting U.S. Films opens August 20 in Pasadena.

Dominoes at PAMM. Along with On the Horizon: Contemporary Cuban Art from the Jorge M. Pérez Collection, the Pérez Art Museum Miami is hosting Spots, Dots, Pips, Tiles: An Exhibition About Dominoes. The international roster of artists includes Rodolfo Peraza, whose handmade tiles, adorned with faces of Fidel Castro, Che Guevara, and other figures, became part of a “social experiment” documented in the video I Don’t Play Dominoes. On view through October 29.

And on the website Hyperallergic, here’s a good photo walk-through of On the Horizon: Contemporary Cuban Art from the Jorge M. Pérez Collection.

Coming: Luna in Boca Raton. Taking inspiration from his Cuban training, his years in Mexico, and his current life in Miami, Carlos Luna’s upcoming show features a new body of work on amate paper, a traditional product, made from tree bark, dating back to pre-Columbian Mexico. Deep Line Drawings by Carlos Luna opens Tuesday, August 8 and runs through December 31 at the Boca Raton Museum of Art.

On TV next month. The documentary Elián, which premiered on the film festival circuit this spring, is coming to US cable television. Elián will air simultaneously on CNN/US and CNN en español, with what the channel is calling “limited commercial interruption.” Running two hours, the film debuts at 9 p.m. on Thursday, August 24. It will run again on CNN/US at midnight on Friday, August 25, and again on Saturday, August 26 at 10 p.m. and Sunday, August 27 at 2 a.m. (All times given are Eastern.)

And a good read. Online at Art in America, Rachel Price offers a lengthy, well-considered essay on Adiós Utopia: Dreams and Deceptions in Cuban Art Since 1950—which ran earlier this year at the Museum of Fine Arts, Houston, and will open later this fall at the Walker Art Center in Minneapolis—and Wild Noise/Ruido salvaje, which recently closed at the Bronx Museum of the Arts. By far the most detailed review of either show to appear in print to date. In English; click here.