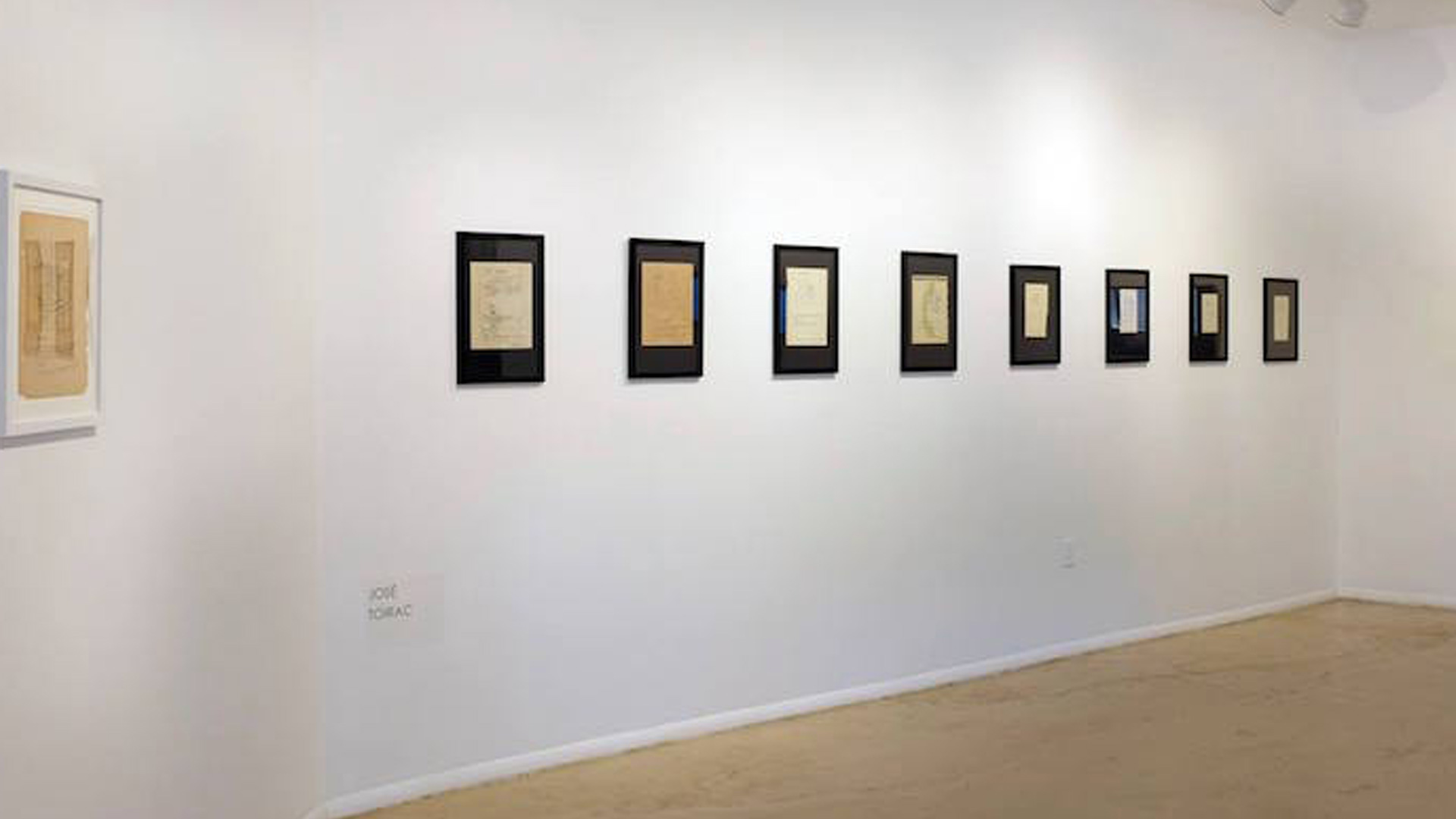 In Miami, the exhibition Hacerse el Bobo / Playing the Fool takes as its starting point the figure of El Bobo de Abela, the beloved creation of artist and caricaturist Eduardo Abela. Janet Batet takes a closer look at the Bobo and his satirical descendants in the work of 3 contemporary Cuban artists.

The character of El Bobo (The Fool), created by Cuban painter and caricaturist Eduardo Abela (1889–1965), first appeared in 1926 and made regular appearances in journals for the next decade. El Bobohas roots in earlier caricatures from Cuban colonial history, but Abela’s Bobo is inextricably linked to the Gerardo Machado dictatorship (1925–1933), a regime characterized by corruption, censorship, and bloody repression. El Bobo de Abela adopted various symbols (candle, trumpet, scarf, flag, and a three-piece wool suit printed with balls) and coded dialogue to elude the censorship of that era.

The exhibition Hacerse el Bobo / Playing the Fool opened in Miami’s Pan American Art Projects (PAAP) on May 20 (date of the proclamation of the Republic of Cuba), where it runs through July 15. Curated by Irina Leyva-Pérez and Alejandro Machado, it takes Abela´s popular character as its starting point, figuratively and literally. The show opens with two Abela works (an ink and a watercolor) as a prelude to work by three contemporary Cuban artists—Lázaro Saavedra, José Ángel Toirac, and Sandra Ramos—whose art has been nurtured and inspired by Abela’s satirical creation.

The hombrecitos (little men) of Lázaro Saavedra (Havana, 1964) figure prominently in what we might call the pantheon of Cuban political satire. We should mention that this varied and majestic mausoleum also houses such heavyweights as “Liborio” by Ricardo de la Torriente, “El Loquito” by René de La Nuez, “Salomón” by Chago Armada, and of course “El Bobo” by Abela.

Saavedra’s hombrecitos are weighted with sarcasm. As both critique and caustic chronicle, his “little men”— somewhat Brechtian and somewhat like Beckett’s Godot—seek to decipher the absurdity of the situation in which they must live. Sometimes they chat with themselves in a sort of existential unfolding. At other times, they enter into dialogues with characters of universal or Cuban history such as Karl Marx, Krishnamurti, Jesus, San Lázaro, Elpidio Valdés, or, as in this case, El Bobo de Abela.

In The Fourth Pillar, Abela’s El Bobo and Lázaro’s hombrecito engage in curious trans-generational dialogue—as if nothing has changed—and seem to kill time over conversation and a drink. El Bobo is in an undershirt; he no longer wears his nubby suit or customary scarf. We might say that it´s due to the hot weather, or that Saavedra wanted to re-contextualize Abela’s character by dressing him in the casual Cuban style of today, but that would simply leave us on the surface of a work that we know has nothing innocent about it.

The wool suit with printed balls and scarf are no longer necessary. The balls that in El Bobo suit allude to “eating balls”—in popular Cuban slang, someone accepting anything they are told— and the scarf that alludes to the difficulty in swallowing the “guayaba”/guava (the lie) are no longer needed. We are witnessing a subversion of values ​​and rules, emphasized by the sad dialogue of the characters and the “fourth pillar” enunciated in the mural that serves as inspiration for the piece.

The Fourth Pillar is part of the enigmatic series Gallery I-MEIl, created by Saavedra in 2007 from what the artist calls—in a symbolic act of secession—“the independent Republic of Cerro.” Galería I-MEIl corresponds in many ways to today’s Cuban reality, seeking alternative channels for the work’s distribution and reflecting the events of the Cuban contemporary life.

The work of José Ángel Toirac (Guantánamo, 1966) is a constant revision of Cuban history. An obstinate exegete of the nation’s image as presented in the Cuban media, Toirac creates socio-archaeological work that incisively scrutinizes dark corners of Cuban official history. Admirably erudite, Toirac’s work lends itself to multiple interpretations, and its layered structure may at times appear cryptic to the uninitiated viewer, given the plethora of quotations and interconnections implicit in each piece.

Playing the Fool includes two works from the series A False Abela, an Authentic Toirac. This series was prompted by the increasing phenomenon of art forgery in Havana, as a consequence of the growing interest in the Cuban art market. It coincides with another of the threads that run through Toirac’s work: the theme of the original and the copy, which has emerged on multiple occasions throughout his artistic career.

In the series A False Abela, an Authentic Toirac, the artist’s only action is to sign the work—a counterfeit acquired on the black market—thus transforming the “false Abela” in an “authentic Toirac.” On first reading, the title and the act of signing refer to that old dilemma of the copy and the original. But this apparently banal subversion also implies the re-contextualization of Abela’s original content to the present situation on the island.

This series is the inspiration behind Toirac’s series Playing the Fool, also in the exhibition. Here, Toirac appropriates cartoons of Abela´s El Bobo from the 1930s, emphasizing the relevance of the questions raised by the original—migration, freedom of expression, corruption—in today’s Cuban society. And he does so with an efficient use of minimal resources: signature, date, and place of realization.

Within this series are two works dated 2016, although they are actually from 2017. The retroactive date seeks to emphasize the historical moment. This replay also implies an allusion to the continuous tricks of El Bobo in his desire to circumvent censorship and pass the message along in coded form.

The work of Sandra Ramos (Havana, 1969) is autobiographical in character and filled with lyricism. Like Lewis Carroll’s Alice, Ramos’s protagonist is endearing and innocent. One of her first series, Alice’s Last Voyage (1992), drew on Carroll’s Alice, and this character inspired the avatar that has appeared in much of Ramos’ work.

This childish curiosity poses questions and finds, in fantasy, the answers most suited to its genuine existential disquisitions. Based on an avatar that transports us to childhood, the main character animating Sandra Ramos’ work is a pupil dressed in typical Cuban primary school uniform (curiously, without scarf and shoes).

The face of this avatar melds the portrait of a Dutch princess with a portrait of the artist when she was about 10 years old. This barefoot, dreamy avatar desperately seeks to understand her own condition and her place in the world. In her quest, Ramos’s character revisits personalities from Cuban and universal history. Like Penélope in the Odyssey, the artist weaves and unravels the complex skein, threading an exquisite tapestry of Cuban island history.

Hacerse El Bobo includes six engravings and a video by Ramos. The Annunciation (c. 1993) is undoubtedly a work of delicate beauty. In it, El Bobo, as the archangel Gabriel, passes the torch to Sandra. The candle is one of the most important symbols within the complex symbology created by Abela for his charismatic and elusive character. Of great semantic complexity, the position of the candle corresponded to the political situation with respect to Machado, while the lit candle (as it appears in The Annunciation), signified, in popular Cuban culture, praying to the saint—a prayer which, during the Machado dictatorship, implied the peoples’ desire to be rid of the tyrant who had usurped power.

Ramos’s work had been dominated by characters directly linked to Cuban history, such as Martí, Washington, Liborio, El Bobo, at times tourists from European engravings, or characters created by the artist herself, such as la jinetera (prostitute) and El Abelardito. But in her desire to unravel the complex Cuban reality, Ramos has gradually opened up to myths and legends of antiquity.

Her video Escape (2009) includes an example from the first group mentioned above. In this work, El Bobo, Liborio, the jinetera, Abelardito, and Sandra, saddened by the imminent sinking of the island, try to survive at all costs. Corresponding to the second group are the engravings The Parcas (2012) and On the Banks of the River Lethe (2012).

Toirac’s Naufragio / Shipwreck (2017) functions both as a fanciful bridge and a Gordian knot that brings together all the creations included in the show, while again posing the problem of freedom of expression in Cuban publications.

Originally conceived as a back cover for La Gaceta de Cuba and dedicated to La Caridad del Cobre, the drawing was censored. It has been restored by hand in each of the magazines bought by the artist (50 in total). The original title of the drawing was What unites us, to which Toirac has added and what separates us, in allusion to the diaspora condition of contemporary Cuban society.

In this work, as with the three wise monkeys, three vital characters coexist in three epochs of Cuban history. Liborio (Colonial era) does not see; El Bobo (the Republic) does not speak, and Lázaro Saavedra’s Hombrecito (post–1959) does not hear. The three characters, protected by the same circumstances in spite of the changes of epoch, pray to the Virgin (indicated by the yellow color of the paper, the blue text, and the compositional scheme of the drawing).

Hacerse El Bobo/Playing the Fool is on view at the Pan American Art Projects (PAAP) Gallery in Miami through July 15.