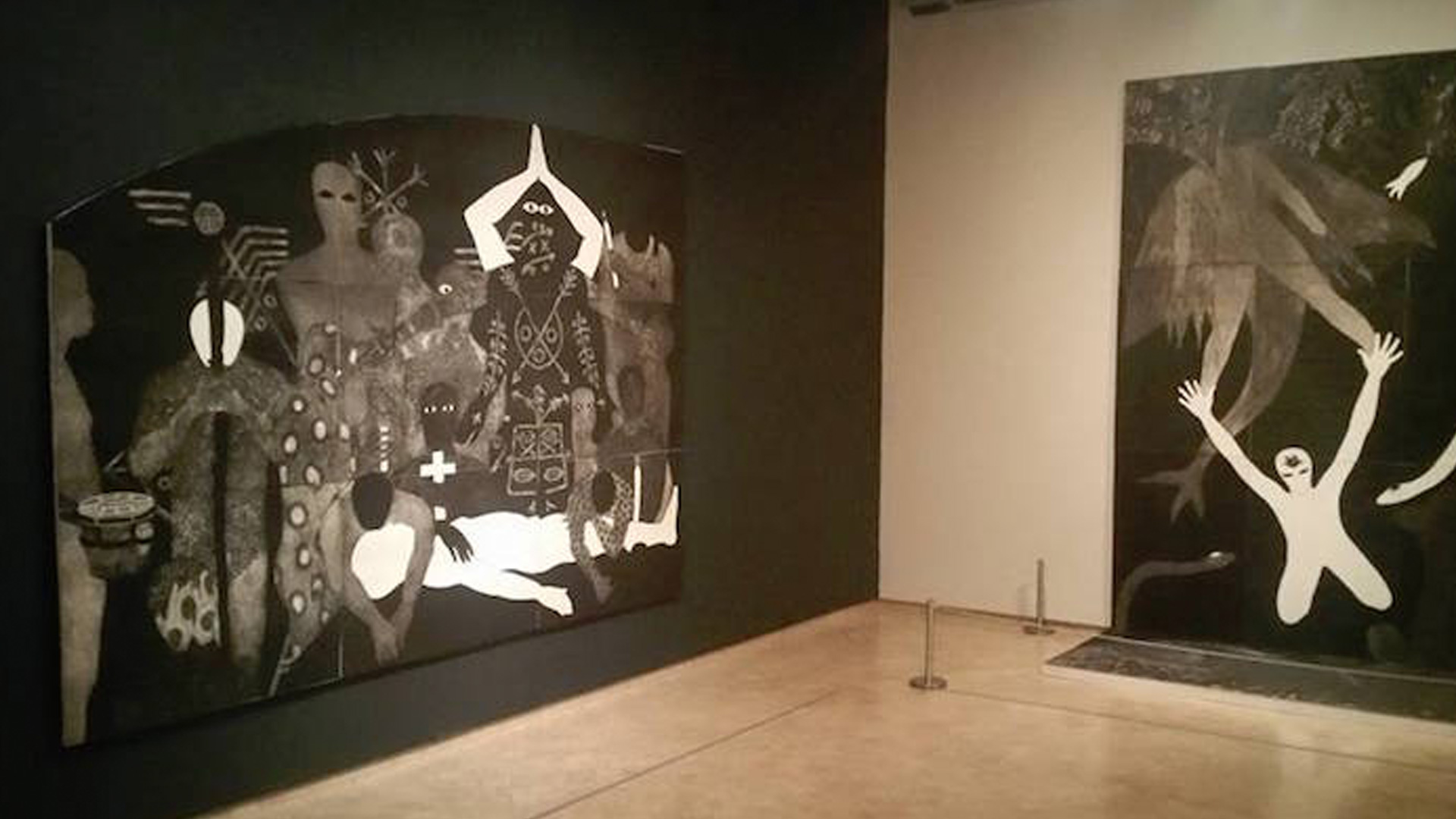 Last fall, Nkame: A Retrospective of Cuban Printmaker Belkis Ayón made its US debut at the Fowler Museum at UCLA—the artist’s first museum exhibition outside Cuba. Now, it’s arrived in New York. Here’s a look at the show at El Museo del Barrio, with excerpts from the exhibition essay by curator Cristina Vives. (And read our interview with Vives about the Fowler show here.)

The first work by Belkis Ayón that I ever saw was the color version of La cena (The Supper, 1988).

It was exhibited at a small gallery in Havana, and although the artist was only twenty at the time, I immediately realized that La cena marked a turning point in Cuban printmaking.

Years later, I would reflect that there were three defining moments in Belkis’s career. The first occurred in 1986, when, while still an art student, she decided that the Abakuá fraternal society (its origin myth, symbolism, and manifestations) would constitute the language of her aesthetics and ideology.

Her decision that the printing technique known as collography was the tool best suited to her purposes was the second. The third arrived, when after experimenting with color, she decided that white, black, and the near infinite tones of gray would be the best way to translate the existential drama of her Abakuá subject matter, as well as of her country and herself reflected through it.

La cena is the work that perhaps best epitomizes these three moments.

In the more than ten years of our friendship and professional collaboration, Belkis and I spoke about nearly everything, but it was not until late 1997, when I curated her last solo exhibition in the United States, Desasosiego/Restlessness, that we discussed her own religious beliefs.

She declared herself a complete atheist, as I had surmised. Her aim had always been to use the Abakuá myth as a means toward an end and not to embrace it or to assume the role of interpreter of an ancestral myth.

Few gallerists, critics, curators, or artists looked closely enough to see that her work manifested the same postmodernist subversion that other young Cuban artists pursued at the time.

Very few understood that Belkis was using new and subtle communication strategies, quotations, and appropriations to speak about the acute social conflicts affecting Cuba in the 1990s.

Belkis Ayón is now acknowledged for her merits as a teacher and promoter of young artists, as a curator of avant-garde engraving exhibitions, as a bridge of understanding between generations, and as a leader.

She altruistically accepted these roles. . . . She did everything she could to achieve and to have us come closer to a level of social performance that was ultimately possible.