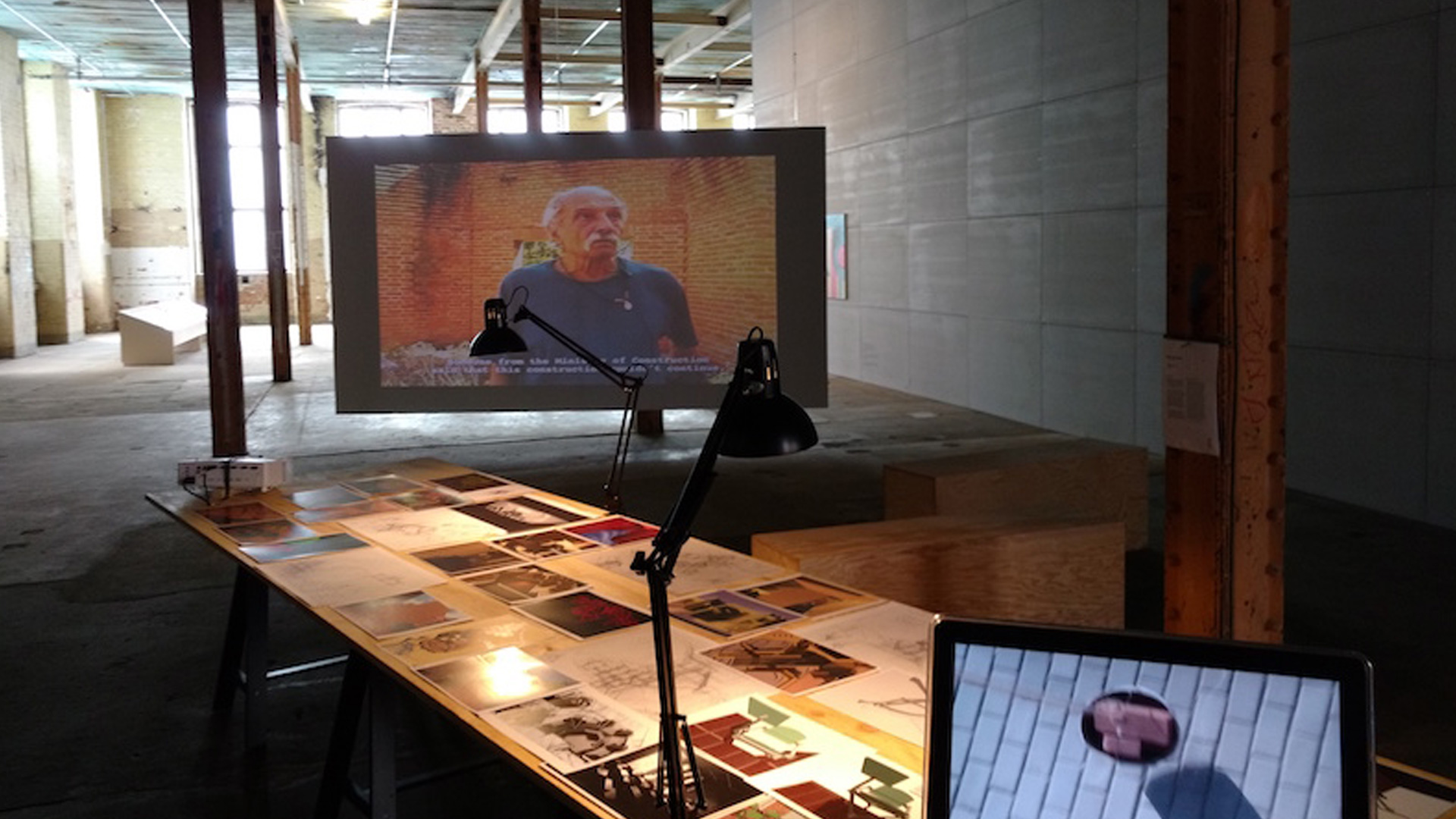 Recently, Overseas: Cuba and The Bahamas. Contemporary Art from the Caribbean opened at an art space in Germany. Here, Tonel takes us through the exhibition and the process of creating it, from initial thinking to final form.

HALLE 14 is a non-commercial art center, located in Leipzig, Germany, in the grounds of what used to be a large industrial complex—the Leipziger Baumwollspinnerei (Cotton Spinning Mill), a late 19th-century factory. These buildings have been repurposed as studios, galleries, offices, a café, and a cinema. HALLE 14 includes a library, a space for an educational program, and several artists’ studios and workshops.

The kind of architecture, and the scale, textures, and history of the venue strongly inform any work that you display there. Last year, I was invited to curate an exhibition of contemporary art from Cuba there by Robert Funcke, a German collector, promoter, and dealer, who had presented the idea earlier to Michael Artz, the director of this venue.

It is only fair to say that, on the Cuban side of this project, the support of Funcke was key—including lending some significant artworks to the exhibition. We also benefited from the generosity of a number of collections, galleries and art spaces, among them Miramaris Collection (Lucerna and Havana); Galería Servando; Estudio Figueroa–Vives; and El Apartamento. Mostly, it was the enthusiasm and unlimited support of the participating artists what made this show possible.

Before I had my first conversations with Michael Arzt, he and his team were already engaged in a dialogue with the National Art Gallery of Bahamas (NAG), exploring the idea of bringing an exhibition of Bahamian art to Leipzig. Michael has been talking to Amanda Coulson (NAG director), and to Ulrich Voges, an independent curator, about this project.

When I came on board in the summer of 2016, the first idea we sketched was to create two parallel exhibitions, one from the Bahamas and one from Cuba. Later, Holly Bynoe, NAG’s chief curator, joined the team, and the final exhibition was a collaborative project created by Holly and myself.

We selected the artists from our respective countries, but as much as possible, we shared all the information available about works, artists, and context. After months of electronic communications, Holly and I met in Havana in February 2017, to work together, in the same place, for a few days, scheduling studio visits and meetings with artists.

Holly and I intended to create one show, and this was emphasized in the installation process, working jointly with Michael and the HALLE 14 team. The idea is that although Cuba and the Bahamas are nations with different histories and cultural traditions, they are both placed in the Caribbean, an area that still today, for many Europeans, resonates as a wholeness of sun, beaches, and exoticism.

The show tries to address this stereotypical vision from a critical standpoint, while bringing forward a historical and contemporary complexity that is conveyed in the many artworks on display, from both nations.

The selection of works was decided based upon the contribution of particular works to a certain thematic area. Basically, I tried to create several “paths” that can converge and intersect, or to suggest various “entry points” into some segments of Cuban cultural and socioeconomic realities today.

First, I have gathered works that are focused on the changing urban and rural environment. These works are based on a variety of media and offer, in many cases, a nontraditional approach to notions of landscape art.

At times the tone leans towards the documentary, as in the photos by Ricardo G. Elías, Adrián Fernández, and Juan Carlos Alom. Manuel Piña’s video work is a poetic meditation on the sea, and on voyages.

Felipe Dulzaides, on the other hand, built an installation that reflects on the history of the National Art Schools in Havana—the most utopian, ambitious, and ill-fated architectural project created in Cuba after 1959. Dulzaides works with architect Roberto Gottardi to create a space exploring the notion of utopia and the way it is manifested in these unfinished buildings. In Campin’s paintings the landscape—Cuban or foreign—is a dreamlike reality blending history, failure, and possibility.

The form cast in concrete by Ariamna Contino and Alex Hernández reproduces the shape of a Cuban key, officially renamed in 1972 after Ernst Thälmann, a historical leader of the German Communist Party. Their work speaks of history, geography, the Cold War, and Cuba’s ties to the Soviet bloc. It represents a piece of the GDR existing, still today, in the Caribbean Sea.

There is also an emphasis through the show on issues related to the economy, and to the increasing importance, in Cuban society, of money and capital. The above can be linked with industrial decay, increasing social inequality, and concerns about money.

In Iván Capote’s paintings the local devaluated currency becomes metal dust, and ends up as an abstract surface. Adrián Fernández portraits the environment of Cuba’s middle, and upper, classes. Elías brings images of the downfall of the sugar industry across the country, and portraits the workers who used to be involved with sugar production.

I also tried to present a sample of the many works that, during the last couple of decades, have focused their attention on the representation of the body. This is particularly relevant to the fields of photography, video, and painting. These works insist on a humanity that is as much social as it is biological. Therefore, issues of race, sexuality and gender, and reflections on a fragmented identity are central to these artistic inquiries.

Think of the performance-based videos by Marta María Pérez, Adonis Flores, and Susana Pilar Delahante; the paintings by Orestes Hernández and Carlos Quintana; the videos of Juan Carlos Alom—who, in Habana solo, 2000, depicts a reality where the city and its inhabitants become one enlarged, gestural body.

Marianela Orozco brings together her own anatomy with the architecture of Havana, by attaching the hair she naturally loses to some buildings and structures across the city. Also here I would mention Yoan Capote’s Demagoguery, with its grotesque dissection and objectifying of the human anatomy, and Conga Irreversible by Los Carpinteros, a video documenting an explosive and sarcastic performance of the same title that took place during the 11th Havana Biennial (2012).

These are just some of the topics that my selection intends to bring to the attention of the audience. Needless to say, the complexity of these works will not allow us to fit them into narrow categories. Any of the works I have mentioned, and many others in the show, could give enough material to spark a very broad, open discussion.

Overseas: Cuba and The Bahamas. Contemporary Art from the Caribbean runs through August 6, 2017, at Halle 14 in Leipzig.