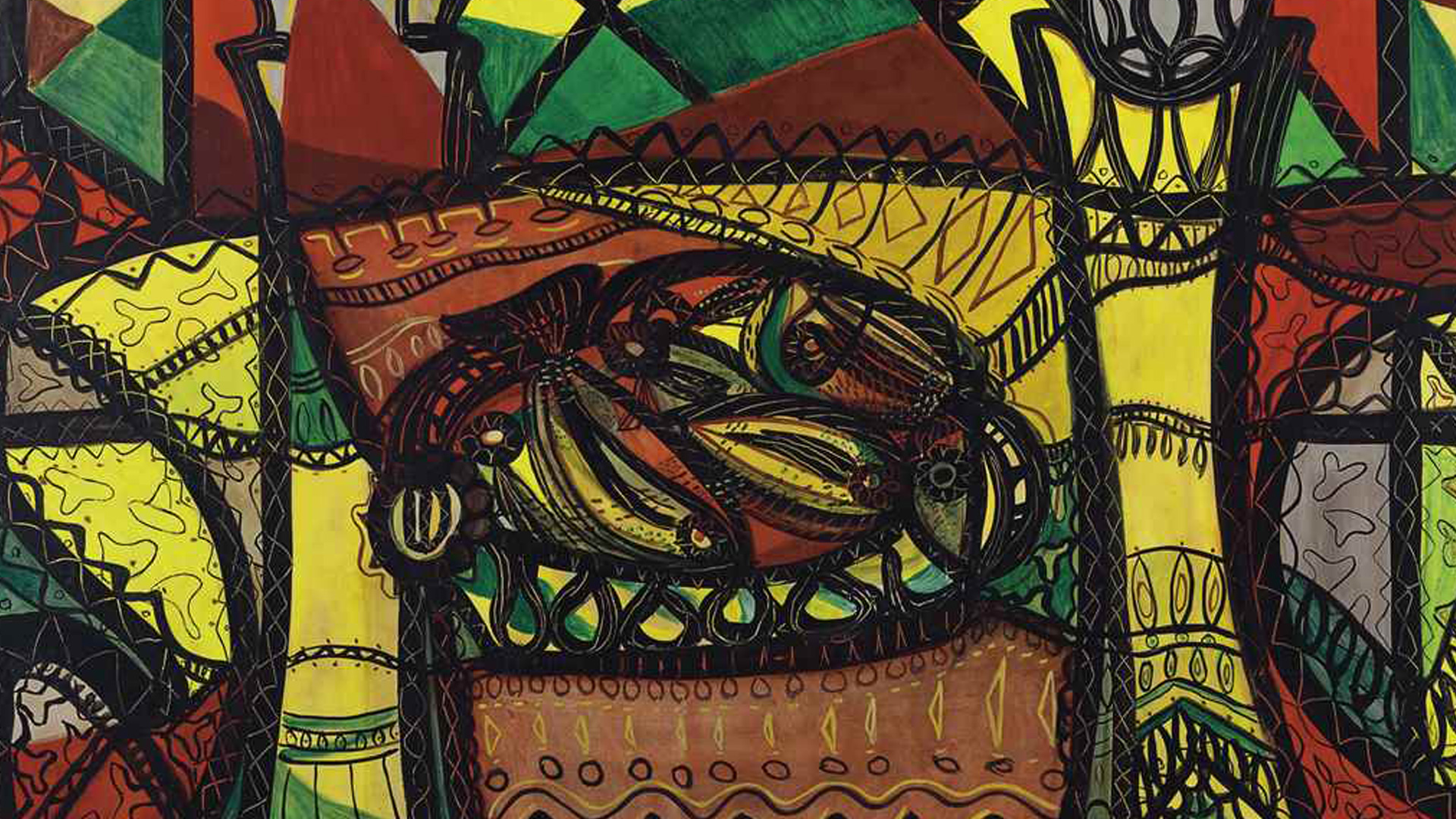 With exceptional works and the largest number of lots by Cuban artists, Christie’s continued to position itself as a leader in modern and contemporary Cuban art.

On Wednesday afternoon, the week’s Latin American sales got off to a quiet start at Phillips. Things picked up a few hours later with the Christie’s evening sale. Despite a few optimistic estimates, which led to “buy-ins,” sales were still brisk.

Like Rodríguez, Carmen Herrera also set an auction record in last fall’s sales, with her 1965 canvas Cerulean reaching $970,000. In some of the liveliest bidding of the Christie’s sale, her rigorous, black-and-white painting Verticals (1952) blew past a high estimate of $450,000 to achieve $751,000.

Few of the evening’s works surpassed their estimates as quickly as the last lot, Manuel Mendive’s Energías para el amor y la bondad (2015), the lead image in this story. In less than a minute of active bidding, the 21-part installation work zoomed past its high estimate of $60,000 to reach $125,000.

The Cuban contemporary star of Christie’s day sale yesterday was Roberto Fabelo, who extended his recent run of six-figure results at auction with the 1996 canvas Couple entourant faisan (Pequeño teatro), more than doubling its high estimate of $40,000 to reach $100,000. Works by Manuel Mendive, Tomás Sánchez, and Agustín Fernández also surpassed their high estimates.

Sotheby’s presented its evening sale in two sessions, modern at 6 p.m. followed by contemporary. The contemporary sale was notable for abstract works, including two by Sandú Darié, but bidding in both sessions was subdued. The evening’s top Cuban lot was Dogon (1973), a marble sculpture by Agustín Cárdenas. Estimated at $125,000–$175,000, it sold at a substantial $225,000.