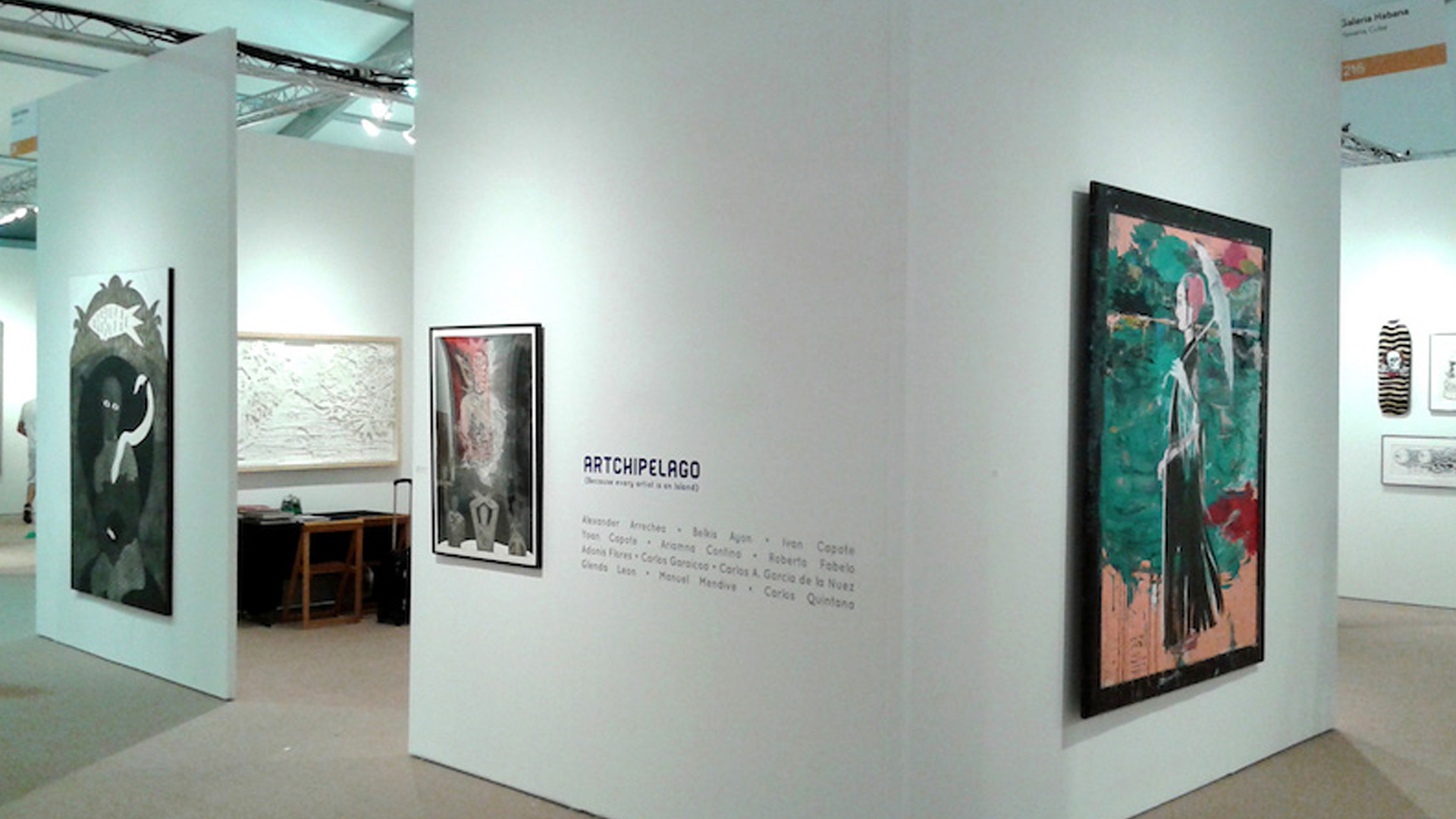 In some of my memories, Luis smiles. The smile was easy on his face—it was the most visible feature of his everyday optimism—and we talked in a National Council of Visual Arts office in Havana in the early 1990s. In that institution he dealt with economic matters, and our initial contacts, if memory serves me correctly, concerned the collectors Peter and Irene Ludwig and their interest in the Cuban art of that time.

So we met and began our friendship during that decade—a decade of renewal for Cuban art, and of rapid learning for Luis. His responsibilities in matters of economics and finance allowed him to witness the artistic renewal during the difficult years of the “Special Period.”

It may be said that Miret grew up professionally with several of the artists with whom he would later work as a gallerist—sometimes on a specific project, sometimes systematically and long-term. Among them are José Toirac, Carlos Garaicoa, Los Carpinteros, Carlos Quintana, and Roberto Diago. It`s worth mentioning that as a gallery director, he was never guided by generational differences. He promoted the work of artists from different generations, from Manuel Mendive and Roberto Fabelo to Marta María Pérez, Alex Hernández, and Ariamna Contino.

His motivation was always the quality of works, and for that reason he opened both La Casona and Galería Habana, as well as organizing other individual and group projects (by Carlos Montes de Oca, René Francisco Rodríguez, Eduardo Ponjuán, Felipe Dulzaides, Wilfredo Prieto, Tania Bruguera, and many others), whose results cannot be quantified in the immediacy of the market. In his commercial management and as a promoter of Cuban art, he tried to balance the quality of the art he presented with the preferences of the collectors, and with the opportunities that were opened up—often thanks to his own actions—in the Cuban art market, within and beyond the island.

In 2002—I was then at Stanford University—Luis sent me an email, in which he proposed a solo exhibition of my work at La Casona, the gallery in La Habana Vieja that he had recently started running. This exhibition, titled Conversación con ‘La primera carga…’, took place the following year, and consisted of two installations realized in situ, which we designed for each of the adjoining rooms. Luis unreservedly supported this experimental project, which, in my opinion—and despite a couple of favorable reviews—was moderately disconcerting to the public and the critics of Havana.

His interest in my work continued, and with his support my work appeared at art fairs, auctions, several group exhibitions at La Casona and Galería Habana, and a second solo show—Nada que aprender(Nothing to Learn, 2010–2011)—in Galería Habana. His generosity allowed me to meet collectors, galleries, and artists from Cuba and other countries.

During the summer of 2016 we attended the Art Hamptons fair in New York, to which I was invited to take part in a panel. In collaboration with Alex and Carole Rosenberg, Miret curated a show of Cuban art—announced by the organizers of the fair as the highlight of the event—which included well-known talents along with others less known. The selection was such a success that the show’s stand became a meeting place for old and new friends.

In those days, we worked on another idea we had talked about for months: a solo exhibition that I would present at Galería Habana in September 2016, which he told me would be his last project as director. He had already announced his retirement.

Luis’s health took a turn for the worse that last summer, and this took him away from work for some months. In August we decided to postpone my solo exhibition, and in October, after his operation, I visited him with one of our mutual friends, artist Rigoberto Mena. When we said goodbye, he hugged me and affirmed that we would resume work on my exhibition as soon as his health would allow it. One day in February of this year, we met unexpectedly on the street, at the end of the afternoon, and talked about his next trip to Mexico, about friends and projects, and of course about his health, which he said was improving.

Luis Miret will always be associated, as a promoter and gallerist, with the transit of Cuban art from local to the global: with the “renaissance” of the 1980s (an intense and explosive phenomenon, and of limited impact outside of Havana), and with the expansion, to the farthest corners, of a broad cartography that he continued to help define from his modest office on Línea Street in El Vedado.

Put simply, Luis was the right man at the right moment: someone who assumed significant responsibilities in the art scene in Cuba, and who, as a rule, disappointed neither the artists nor the multiple actors, Cuban and foreign, whom he negotiated with. He perpetually worked in a difficult space, informed by the peculiar socioeconomic and political circumstances of Cuba, and by the way in which such circumstances influence everything that corresponds to culture and art—including, of course, its commerce.

Luis Miret knew how to respond to the mission he was given, placing the Cuban art of his time in some of the most visible spaces on the international scene. His life, interrupted abruptly and tragically, fulfilled an extraordinary trajectory, both personally and professionally. His legacy, meanwhile, is plainly visible to us all, in the boisterous, contradictory, and expansive scene of Cuban art, which he could understand and appreciate as very few can.