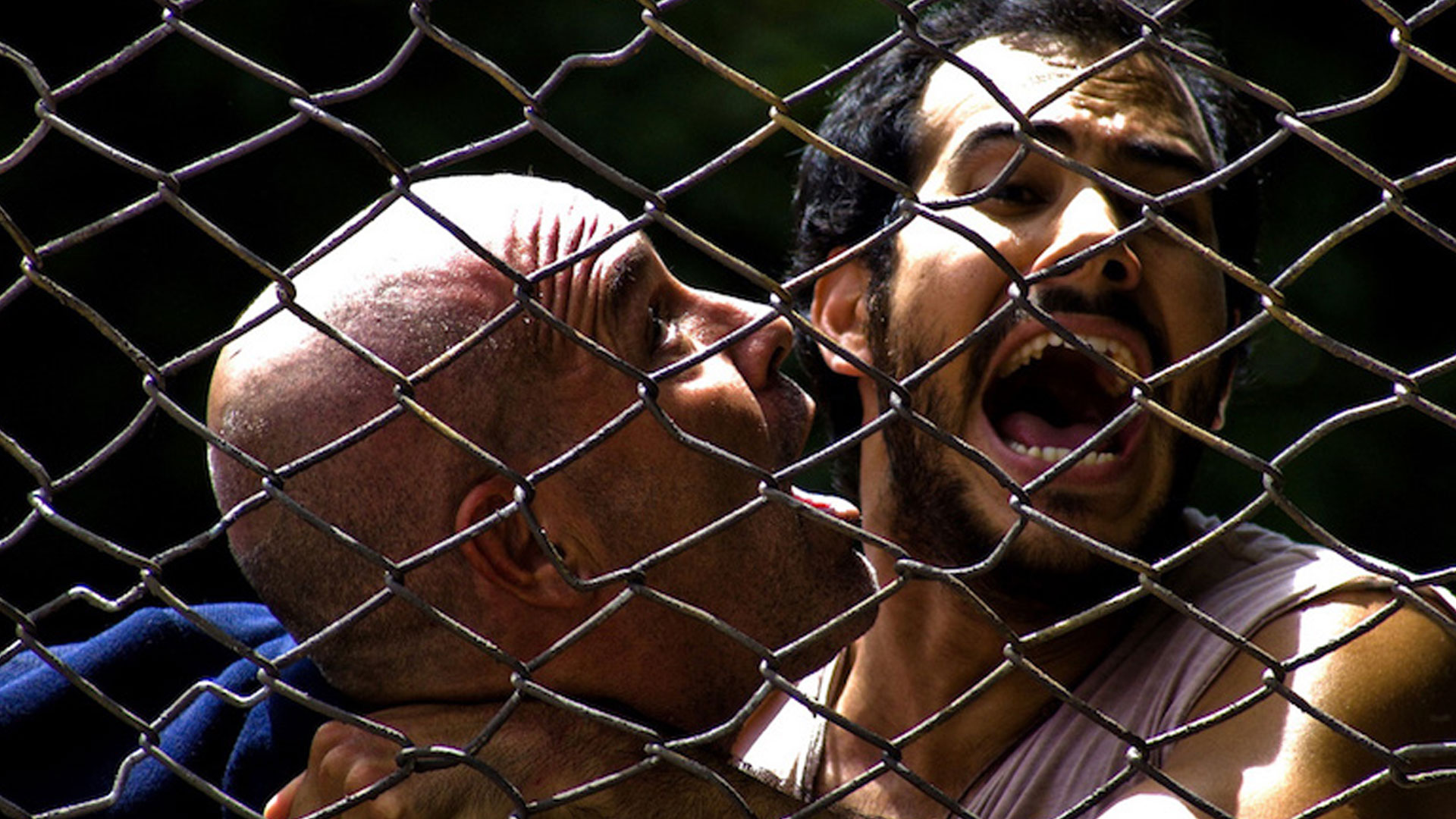 The name Jesús Hernández has been associated with several important film events of the last decade in Cuba—and, for the past three years, in New York. But many know Hernández by his childhood nickname, Papacito Bach. When he decided to set up a production company in New York, he chose that pseudonym for its title, Bach Media.

Hernández now has a double vision of Cuban cinema: productions made on the island, but also ways that the US film industry and other foreign producers participate, or want to participate, in Cuban cinema.

“There is a real interest in working in Cuba. Being in Cuba, right now, is like planting a flag on the moon. It’s an island that wasn’t in the North American landscape before,” he says.

After studying at the Instituto Superior de Arte in Havana, Papacito Bach made a point of participating in every interesting audiovisual production around him. He was a coordinator of the Festival of New Latin American Cinema—known in the US as the Havana Film Festival—in 2012, and was involved in several projects with media curator Sally Berger of MoMA, New York. He also collaborated with filmmakers Minda Martins, Gordon Quinn, founder of Kartemquin Films, and Simon Kilmurry, who was then the Executive Director of POV; with German director Fatih Akin, and Irish filmmakers Paddy Breathnach and Mark O’Halloran, who made Viva (2015). In addition to making his own films, he is especially pleased to have worked with Fernando Pérez as assistant producer on La pared de las palabras (The Wall of Words), the director’s first film produced outside ICAIC, the Cuban film industry’s official production office.

One spring afternoon in New York, we talked in his studio in Lower Manhattan.

How do you see the US interest in Cuba, as a place, a society, and in the realization of audiovisual projects there?

I see a real interest in Cuba. It’s been there for years, at least in New York City. If you look at North Americans who have worked with institutions in Cuba for more than 15 years, many are from New York. The connection between this city and Havana is very strong.

However, there is also a lot of general ignorance about the country and what Cubans are like, or even about Cuban cinema—despite efforts in New York to bring Cuban cinema to the US for more than a decade. For many years, funds, foundations, and other institutions linked to the US film industry have made it clear that they would like to work with Cuban filmmakers and their projects.

What do you think of the “new” vision of Cuba, after the change in Cuba-US relations, which began with the arrival of new companies and producers of film and art in general?

There is a growing number of people with projects on the island already. The interesting thing is to see how industry elements, previously not allowed to utter the word ‘Cuba,’ have appeared on the scene. There are already US companies licensed to run productions on the island, approved by the US and Cuban governments to work there.

Independent producers in Cuba are still at a disadvantage compared to the large, capital-intensive companies that have begun to invest in the country. No one says anything about this, and Cuban filmmakers, some more than others, work increasingly with foreign counterparts—or more accurately, increasingly forforeign counterparts.

Hopefully, we will not become a mere source of cheap labor for Hollywood. It’s no secret that productions are looking for cheaper tax havens, locations, and equipment, and in this case, Caribbean exoticism is added to the list. Very few want to promote films made by Cubans from the island, while each and every filmmaker there is trying hard to produce, to finance, and to survive in Cuba.

There are a few really creative producers in the country, with a global vision of how to carry out a project. But right now things are turbulent, and we know what happens in those situations. The vision of Cuba that reaches the mainstream is biased and incomplete. So for us at Bach Media, New York is so important as an epicenter.

How do legal regulations affect the US companies’ production on the island?

Legal regulations on working with Cuba have been eased recently. In many cases a specific license is no longer needed to work with Cuba or to travel to the island. But some projects, like fiction films, still face limitations, and are still subject to laws that do not allow working directly with Cuba.

We’ve seen concrete results [from different initatives] in design, music, the visual arts, and theater. And in terms of cinema, the work of the Sundance Institute in Havana, with its mini-Features Labs and “Made In Cuba” film series, have produced tangible results.

Cuban filmmakers have been at a disadvantage when working with some foreign companies, which can at times treat them like cheap labor. How do you see the issue, and how would it be possible, in your opinion, to break the colonialism that in many ways is still being imposed?

Since the 1990s crisis, Cuban cinema has had to use co-productions to continue filming. That has meant making some concessions to the foreign film industry in exchange for financial backing, but this happens everywhere. Unfortunately, stereotypes are common in the Cuban films of those years. But thanks to the tireless work of many people, very good films were produced then too. Sales agents and distributors from many parts of the world have gotten involved, although Cuban cinema is still not distributed on a large scale.

Most filmmakers end up signing contracts that bind them hand and foot for years, without seeing much of their movie earnings or being paid high salaries. In the majority of cases this happens when directors stop doing their own projects. More and more, in Cuba a work is commissioned, or specialists are contracted to cover certain roles on the production team.

How much does each person earn? How many hours do they work and what do they do? This is something else that’s not legislated. In many cases, filmmakers themselves don’t know how to proceed, nor do they have anywhere to go for assistance. There aren’t many entertainment lawyers in Cuba, and there’s been no work done on this legal framework either. On top of that, Cuba’s underground, inflationary economy also has an important role in the whole process.

A few years ago independent production in Cuba was very precarious. Now, more organized projects have emerged, and production companies are being established. Tell me about your experience.

Film production in Cuba generally became as precarious as life itself was, during that time. Cinema was no exception. But there were always people working and moving their projects.

Cuba has lagged behind many countries in the region that have produced—and even now produce—far less cinema than we do. There’s no legal framework, no fiscal incentives, no regulations that unify the work of Cuban filmmakers. The Cuban film industry is not promoting independent production in the same way other sectors of the culture are being stimulated, not to mention the Cuban economy as a whole. Independent Cuban cinema is not seen as an industry, as Cuban cinema is not seen in general as an industry at all.

Countries like the Dominican Republic and Panama—just to mention two in the region—have begun to change their legal framework to attract investment in their film industries and increase local production. In Cuba, the G-20 filmmakers’ group has been working for years on a serious proposal to implement a much-needed film law, beyond the scope of ICAIC.

What are the most interesting projects you have done with Bach Media? What are you doing now, and what do you plan for the future?

Bach Media is moving in several directions right now, but for us it is vital to generate Cuban content made by Cubans, and for this content to have an impact far beyond the island. It is also vital to promote, program, and visualize what is being done in Cuba today. It’s hard. Including a budget line for marketing is unheard of, yet in big-budget Hollywood productions, sometimes the marketing line is more than the amount spent on production.

I do this work because it is very important to know all Cuban cinema, in Cuba and abroad. And our reach grows day by day. More and more people from the United States and Cuba know about what is happening in Cuban cinema. Social networks are of unequaled importance to us—we can’t underestimate the increasing daily access that Cubans have to the Internet, and its impact throughout the country. We are working on the development and production of four full-length documentaries, and on programming Cuban cinema in the United States, especially in New York.