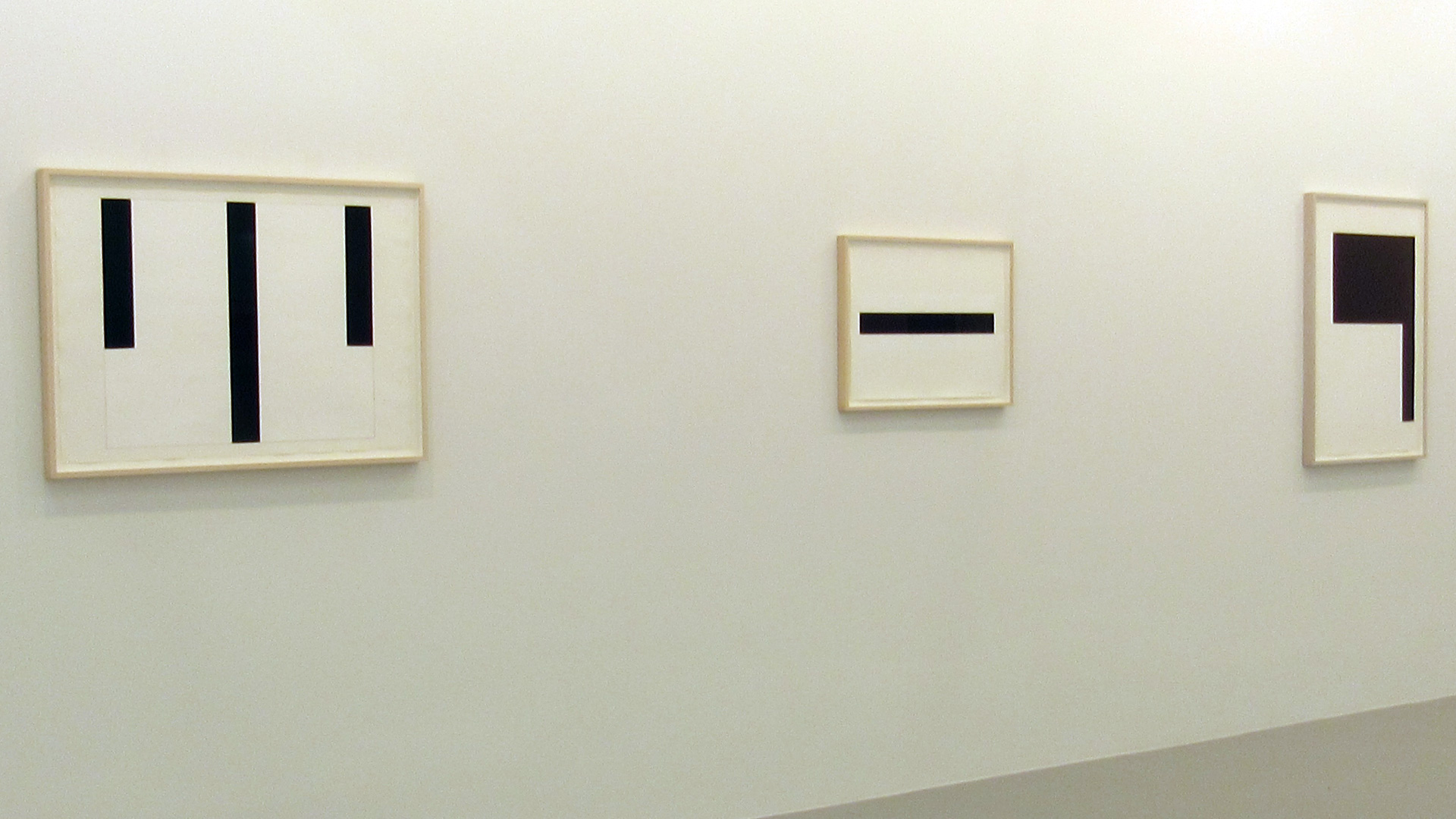 With her 102nd birthday coming up later this month, the indefatigable Carmen Herrera is continuing her incisive exploration of form, line, and color.

Opening tonight, Carmen Herrera: Paintings on Paper is the second show in the intimate, small-scale space that Lisson Gallery recently opened on Tenth Avenue in Chelsea.

Painted between 2012 and 2015, the show’s 11 works reflect her rigorous, almost arithmetical approach. “In a way, Herrera’s process can be likened to that of resolving an equation, the variables being the shapes and color of the different geometric elements,” wrote art historian and collector Estrellita B. Brodsky in her 2012 essay, “Ascetic Equation.”

“Through the manipulation of stacks of drawings made on transparent graph paper, Herrera seeks to ‘find the right solution to the equation and a relation between the pictorial elements’,” Brodsky wrote, quoting a comment by Herrera.

Once the solution has been found, it is translated onto larger paper and the color applied.

In many of her works on paper, Herrera applies a single color against the raw white of the paper itself. But in several of the pieces on view, she uses acrylic paint throughout the work to create her compositions.

In her essay, Brodsky wrote about the musical effect that the repetition of symmetrical forms in Herrera’s work produces, likening it to counterpoint and fugue. So too, does her manipulation of color. “The counterpoint of color,” she wrote, “intensifies the cadenced quality of the pictorial composition by heightening a sense of spatial tension.”