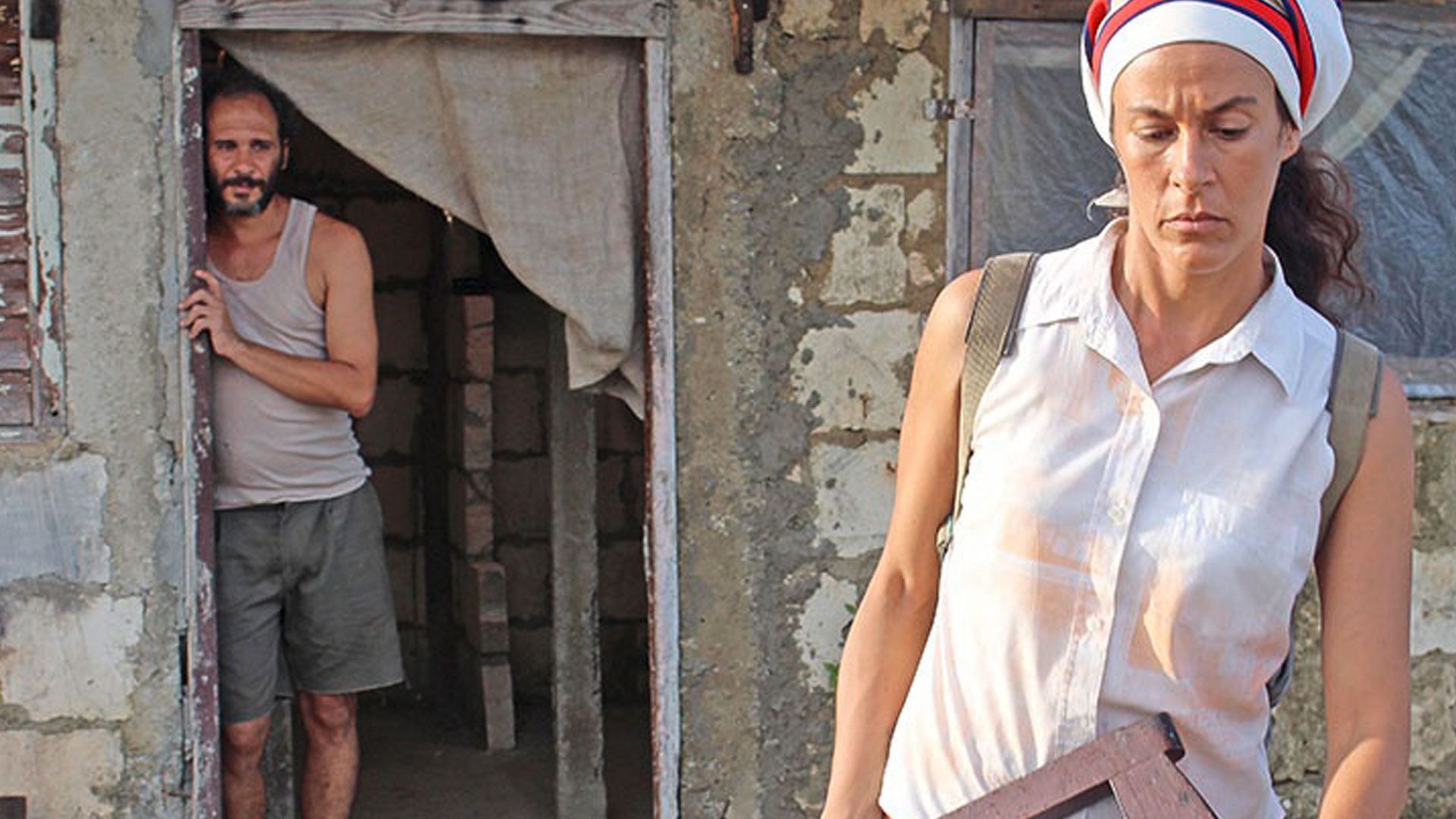 Winston-Salem is a small town in North Carolina that doesn’t appear on the weather map of local TV. Nevertheless, this apparently peaceful place in the foothills of the Appalachians produces two cigarette brands that were extremely attractive to Havana university students in the 1980s: Winston, in the red box, and the refined mentholated Salem. This latter brand we reserved for going out to elegant places, since it gave us a certain cachet of sophistication. (The popularity of these cigarettes was such that one professor traded me two packs of Popular, an inexpensive Cuban brand, for one of Salems.)

In the center of Winston-Salem one can find the Reynolds Building, original headquarters of the Reynolds Tobacco Company. Constructed in 1929, it was one of the few (but overwhelming) Art Deco treasures of this emerging city, and its design was an inspiration for New York’s Empire State Building. Also located here is Wake Forest University (WFU), a student enclave that, along with Duke University in Durham, NC, the University of North Carolina in Chapel Hill, and others, forms an interesting intellectual network of Latin American and Caribbean studies.

WFU has been the team leader in this regard, and a tireless promoter of Cuban art. For the past 20 years, professor Linda S. Howe has quietly brought to the community of Winston-Salem an impressive variety of Cuban art and artists: a production of Delirio habanero, by the Teatro de la Luna, directed by Raúl Martín and performed by the immensely talented Laura de la Uz, Amarilis Núñez, and Mario Guerra; the Camerata Romeu, an all-female string orchestra; the exhibition Libros y grabados de Cuba, curated by professor Howe, which brought together books from Ediciones Vigía along with works by noted Cuban artists such as Sandra Ramos, Tonel, and others who atended the exhibition. Other Cuban intellectuals have been invited to participate in scholarly exchanges.

Winston-Salem also hosts the annual RiverRun International Film Festival, a regional event founded in 1998, considered one of the most important festivals in the Southeastern US. This year, March 30–April 9, the festival celebrated its 19th edition, which included a special section spotlighting “Cuba on Screen,” bringing to audiences in Winston-Salem a selection of Cuban films—both historical and recent—not easily seen in the US.

Perhaps there were absent filmmakers, such as the great Fernando Pérez (Ultimos días en La Habana, 2016). But “Cuba on Screen: Perspectives through Retrospectives” is not a branch of the Havana film circuit, with researchers urgently seeking out the Cuban context. Here, organizers had to stick with what existed in 35mm on this side of the Florida straits. Even so, they succeeded in assembling a compilation that brought together well-known directors along with young artists, and older works with recent creations. It was a good starting point for a public unfamiliar with Cuban themes, offering a comprehensive overview of a filmography and, by extension, the history of a nation.

Ana López, Tulane University (New Orleans, LA), and Ann Marie Stock, College of William & Mary (Williamsburg, VA), were invited to present the “Cuba on Screen” program. Ann Maris Stock observes: “Memories of Underdevelopment (1968) and Lucía (1968) are two classics of Cuban cinema. Many people in the first world learned about Cuban cinema thanks to these two jewels. Both directors—Tomas Gutiérrez Alea and Humberto Solas—joined in the search for a cinematic language appropriate for the new Cuban revolutionary context. And with their respective films, they succeeded in relating stories that were essentially Cuban. These works still resonate in Cuba today. Many young filmmakers continue to be inspired by these films.”

When I asked her about their impact here, she responded: “The public will appreciate these two jewels of Cuban cinema. Although made half a century ago, they are still very relevant. Today, the Cuban context is still evolving, and both works refer to moments of transition and transformation. Because of the barriers that have existed between the US and Cuba, we have not had many opportunities to approach the island and its people. These works offer us that privilege.”

For the RiverRun public, it is revealing—and strange—to encounter films that do not present the stereotypical visions of Cuban reality so often seen. In these films, there are no beaches; no easy, uncomplicated men and women; no salsa music, or mulatas, or rum—in short, no tropical paradise. These films, including ones with a humorous touch, are the opposite of clichéd, and their visceral approach to island culture is based in the pain and disillusion that results from examining what it means to be Cuban.

Perhaps that explains why the public, well-educated but sometimes literal-minded, may find it complicated to navigate through the expressionistic framework of metaphors and violent stories in the monumental tripartite historical drama, Lucía. (Personally, I admire it and enjoy it more each time I see it.) By comparison, Santa y Andrés not only arrives with the added attraction of censorship (it was excluded from Havana’s Festival of New Latin American Cinema in December), it’s a more focused story, closer to us in time, with more direct language. It has found a group of admirers here, and some professors are thinking of including it in their curriculums.

Moreover, in “Cuba on Screen,” the public had access not only to auteur cinema and the shock of Cuban reality, but to the artistic talent that flourishes like weeds on the island. Thus, the short film Soy cubanaattracted considerable attention: a documentary about Vocal Vida, an a capella girl group from Santiago de Cuba, specializing in Afrocuban music. They won the 2016 Cubadisco award for best vocal group.

It’s important to note that we are not talking here about Miami, or New Jersey, or New York, where Cuban art has been around for years now. (Or perhaps better said, where much of the art produced in these locales legitimately belongs to the narrative surrounding Cuban art.) In Winston-Salem, the Isasi family, a clan of 100 percent Cuban stock residing in this area for 50 years, generously agreed to sponsor the “Spotlight: Cuba on Screen” program.

Flora and José Isasi describe a likely scenario for this interest: “Winston-Salem is considered by North Carolina, and by most of the population of the Southeast United States, as a very important cultural center. It has one of the premier art universities in the United States (the University of North Carolina School of the Arts). Plus, it is home to other well-known cultural centers: Salem College, Wake Forest University. In addition it is well known as ‘The City of the Arts and Innovation.’ As an example, Winston-Salem formed the very first locally established Arts Council in the United States back in 1949.”

The Isasis continued: “Because of its deep cultural roots, the population of Winston-Salem is open to experiencing the Cuban movie experience in a conservative region of the United Sates that presently sees Cuba in a not so positive way, both culturally and politically. The very good attendance at the Cuban films in the RiverRun Festival (including a completely sold-out show of the first film, Soy Cuba) attests to the fact that Winston-Salem was ready for the experience. The continuous showing of Cuban films will help to start introducing the population of Winston-Salem to Cuban culture and Cuban issues. Venues such as A/perture Cinema are probably open to continuing the Cuban film experience.”

It’s clear that, for them, it’s not a question of just enjoying the cultural production of their country of origin, but the opportunity to present a culture to which the conciencia americana has had limited access, and only recently an active interest.