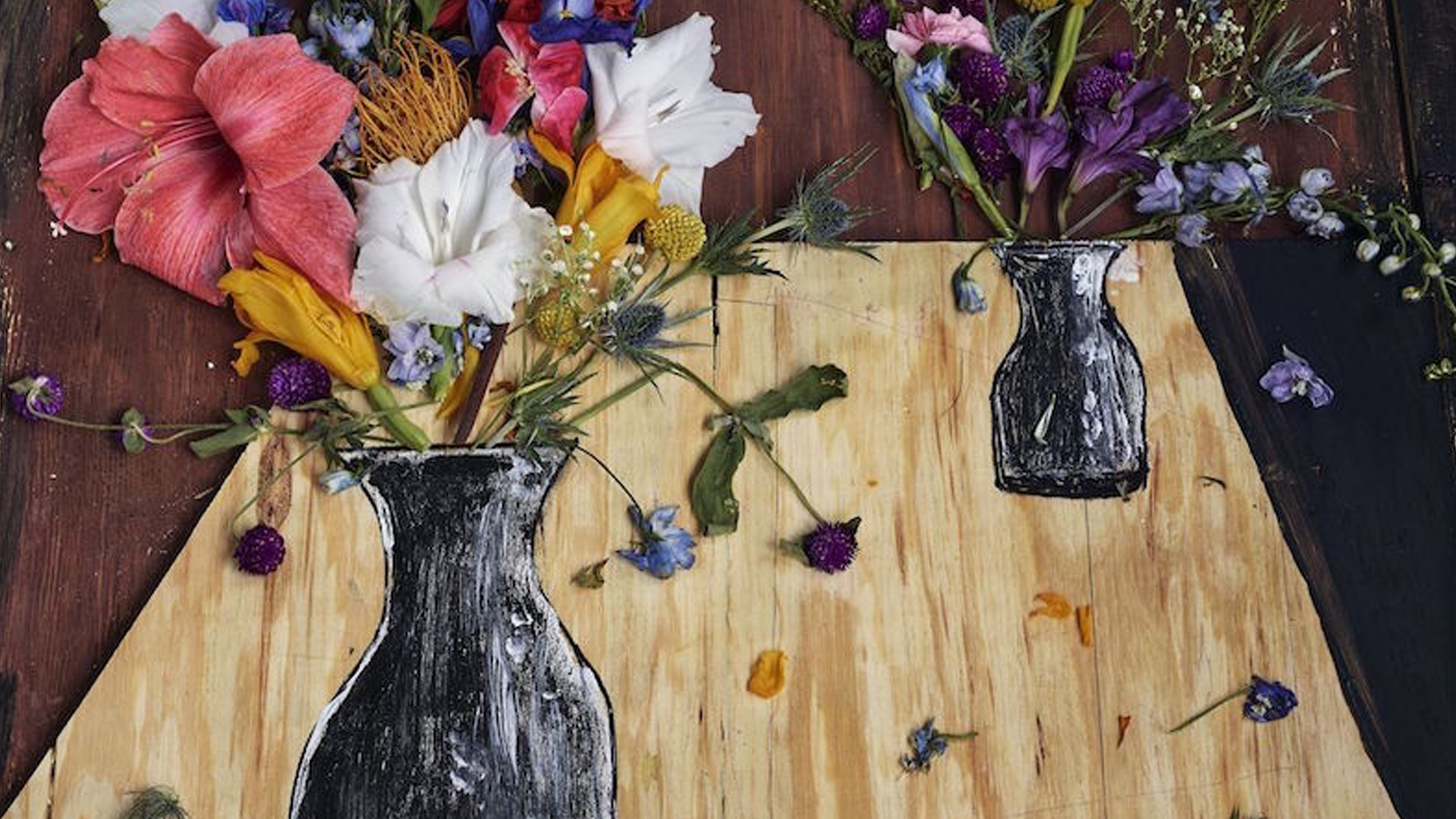 Cuban art in Germany. At the Halle 14 art space in Leipzig, Overseas: Cuba and the Bahamas. Contemporary Art from the Caribbean brings together paintings, photographs, installations and video works by 38 artists active in the two island nations. Co-curated by artist, curator, and critic Antonio Eligio Fernández (Tonel) and Holly Bynoe, curator of the National Art Gallery of the Bahamas, the show will include work by Carlos Qiuntana, Marta María Pérez Bravo, Los Carpinteros, and Adonis Flores, among others. Opening Saturday, April 29, at 3 p.m., it remains on view through August 6.

Nature in Havana. At the Centro de Desarrollo de Artes Visuales (CDAV), Nature is worth a thousand thoughts brings together a roster of international artists—including Humberto Díaz, Orestes Hernández, and Reynier Leyva Novo—to reflect on climate change and the social and political issues around it. The show, which opened late last month, includes installation art, photography, performance, and video. It runs through this Saturday, April 22.

Archivo XX in Miramar. At Galería La Acacia, some 20 women artists toss the usual gender-linked stereotypes, from Barbie dolls to Playboy pin-ups, in a show of muscular, militant works that more than hold their own in the contemporary-art arena. Artists on view include Adriana Arronte, Susana Pilar Delahante, Diana Fonseca, and Adislen Reyes, among others. The show runs through May 31.

Coming Soon: Havana Design Week. Next month brings the 14th annual Semana del diseño en Cuba, which runs May 8–12. This year’s theme is Diseñar es compartir (Design is sharing), and the focus will be on design in relation to architecture, the economy, and communications. Design Week will be headquartered in the Centro Hispanoamericano de Cultura de La Habana, with additional exhibitions and events at CDAV, the Museo del Ron, the Museo Nacional de Bellas Artes, Lab 26, and the Instituto Superior de Diseño. As part of the week’s programming, Design Havana—an initiative introduced at last year’s Havana Design Biennial—will present a Design Havana Exhibition featuring the finalists in the competition for eco-sustainable furniture and lighting design, launched with last year’s Design Biennial. Presented at Lab 26, the exhibition opens Wednesday evening, May 10, at 6 p.m. The winner of the competition will be announced at the opening.

Campos-Pons in Documenta. For the first time in its history, Documenta, the international art event that takes place every five years, is splitting its location. It opens in June, as usual, in Kassel, Germany, but a separate exhibition opened—not without controversy—earlier this month in Athens, Greece. There are close to 160 artists participating in this year’s Documenta 14—among them María Magdalena Campos-Pons, who, with her partner Neil Leonard, will exhibit a pair of related projects, one in each city.

In Athens, Matanzas Sound Map (2017) presents an aural exploration, in space and time, of the city and province where Campos-Pons was born. With sounds that encompass the province’s wilderness areas, the Yoruba roots of its Afro-Cuban culture, the linked histories of slavery and rum, and more, Matanzas Sound Map is a sound and sculptural installation on view in the Athens School of Fine Arts through July 16. In Kassel, look for the installation Bar Matanzas—a tribute to a beloved Matanzas bartender, who died soon after the artists met him. The Kassel installation runs June 10–September 17. Hear recordings from Matanzas Sound Map here.

Cuba in Venice. In less than a month, on May 13, the 57th Biennale di Venezia opens. At the Palazzo Loredan, the Cuba Pavilion will include work by 14 artists and duos, including Carlos Martiel, Iván Capote, Aimée Garcia, and 2016 Premio Nacional winner José Manuel Fors, among others. Commissioned by Jorge Fernández Torres and curated by José Manuel Noceda, the exhibition, titled Tiempos de la intuicion…, will remain on view through November 26.

Sánchez too. And congratulations to Cuba-born Zilia Sánchez, who is among the 120 artists in the Biennale’s main exhibition, Viva Arte Viva, curated by Biennale director Christine Macel. Sánchez is also featured in Beyond the Canvas: Contemporary Art from Puerto Rico, opening April 26 in New Orleans, at the Newcomb Art Museum at Tulane University. On view through July 9.

Bruguera directs Beckett. Tania Bruguera makes her debut as a theatrical director in Portugual this week with Endgame, the one-act play by Samuel Beckett. In an interview with the UK newspaper The Guardian, Bruguera said that she was “interested in how Endgame brings power dynamics into our everyday lives,” adding that “It feels relevant to see this piece today, when the world is seduced by so-called strong political figures and when democracy is abused instead of enacted.”

Bruguera’s Endgame will be presented at the Biennial of Contemporary Arts (BoCA) in Porto, this Thursday and Friday, April 20–21. It will travel to the Kunsten Festival des Arts in Brussels, May 16–21, and later in the season to Nanterre, France, and Hamburg, Germany.

Cuban art in Detroit. Fresh from their residencies in Brooklyn this spring, José Yaque and Alejandro Campins open a two-person show in Detroit on Friday. Curated by art historian Rafael DiazCasas, City of Queen Anne’s Lace presents the artists’ impressions of Detroit and the parallels they see with the urban landscape of Havana. For the exhibition, Yaque is constructing a large installation from recycled materials gathered throughout the city, while Campins depicting the city in atmospheric, near-empty canvases. Presented by Wasserman Projects, the show opens in its Russell Street space this Friday evening, April 21, with a reception 6–10 p.m. On view through June 24.

Brunch with Teresita Fernández. As part of the Lower East Side Morning presented during Frieze Week in New York, the Lehmann Maupin gallery is opening its downtown space for brunch and a walk-through of Teresita Fernández: Fire (America) (recently reviewed in Cuban Art News). Brunch runs 10 a.m. to noon on Friday, May 5; Fernández will give the walk-through at 11. More information here:

And coming soon to Upstate New York. Fernández doubles as artist and curator in Overlook: Teresita Fernández Confronts Frederic Church at Olana. Located in Hudson, New York, Olana is the historic home and estate of 19th-century Hudson River School painter Frederic Church, who took two extended trips to South America. Overlook is a collaboration among Fernández, the Olana State Historic Site, and the Colección Patricia Phelps de Cisneros. As curator, Fernández has selected works from the Cisneros Collection, and from Olana, that explore landscape from a contemporary perspective. As artist, she will site her own new work throughout Olana and its grounds. On view through November 5.

Morell in Midtown. A few years ago, photographic artist Abelardo Morell photographed a vase of flowers as a birthday gift for his wife. That image launched him on a vivid exploration of the floral still life through art history. Experimenting with techniques associated with painting, sculpture, and printmaking, Morell created photographs that hint at Breughel, Manet, O’Keeffe, and other artist through history. Abelardo Morell: Flowers for Lisa presents 20 of Morrell’s large scale photographs, on view through April 29.

Coming up: Humberto Castro in Miami. At Latin Art Core Gallery, Humberto Castro: The Oceanspresents a selection of recent work by the artist. The show opens on Friday, April 28, with a 7 p.m. reception at the gallery.

And a lecture in Coral Gables. At Cernuda Arte, Segundo J. Fernández, curator of the 2016 show Cuban Art in the 20th Century, will talk about the exhibition, and about Cuban artists’ participation in the modern international avant-garde. 7 p.m. this Friday, April 21. RSVP required.

New website for Equipo Hexágono. The 1980s Havana art group recently re-emerged as part of The Object and the Image (This is not a chair either), the Aluna Art Collective–curated exhibition that inaugurated the new Concrete Space Projects in Doral, Florida. Since then, the equipo has continued to excavate its own history. The results: a new website about the group, its work, relevant publications, and even some editioned works. See it all at http://equipohexagono.com/.