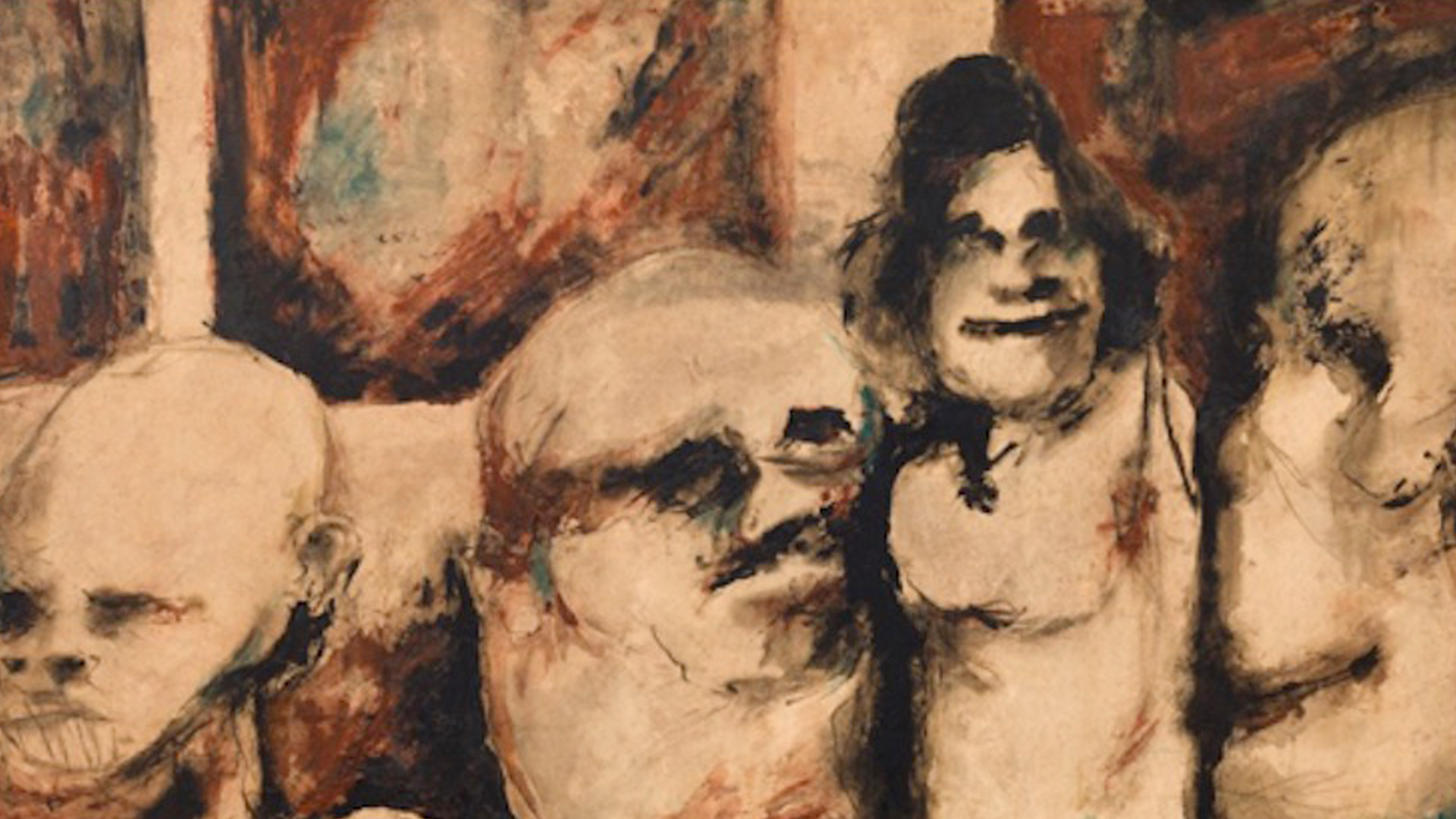 And today: La sangre llama. Opening today at CDAV, La sangre llama. Retratos 2012–2016 is Eduardo Sarmiento’s first solo exhibition on the island. An ISA graduate, Sarmiento was a co-founder of the design group Camaleón, and his work has been published in the New York Times, El Nuevo Herald, ESPN, and ArteCubano, among others, and shown in Miami, New York, London, Havana, and elsewhere. The retratos on view depict the artist and a generous family circle: not only his wife and son but his cat, his grandmother, great-grandmother, and great-great-grandmother. Sarmiento will be at CDAV for a pre-opening conversation at 4 p.m. this afternoon, followed by a reception at 5.

Also today: Hoy desde los 80. Curated by Magaly Espinosa with Indira Collazo, the exhibition features paintings, works on papers, sculpture, video, installation and interactive art, by a cross-generational roster of 26 artists and groups. According to Espinosa, the show “intends to speak of the present from the past; that is to say, approaching the discourse from the perspective of 2016, taking into account not only aesthetic demands but also social demands, within the Island’s unique system.” Organized by Mexico City–based Galería Nina Menocal, the show opens at 5 p.m. this afternoon at Casa de México in La Habana Vieja.

El silencio de Duchamp at Factoría Habana. Now on view in the art space on O’Reillly Street, this group exhibition eflects on the use, misuse, and abuse of language in human communication. The show brings together installations, performances, video art, photography, and sculptures very much in the spirit of Dada artist Marcel Duchamp. Artists on view include Eduardo Ponjuán, Humberto Díaz, Ariamna Contino and Alex Hernández, and Ricardo G. Elías, among many others. Through January 2.

Next Month: Photography of the Body. At Havana’s Galería Mariano Rodríguez, the second Salón de fotografía del Cuerpo (Photography Salon of the Body) opens November 12. With the aim of encouraging the development of photography among younger artists, this year’s Salón will take the form of a competition, with the main prize being a solo exhibition at the gallery in 2017. Other institutions involved in the Salón, such as the Fototeca de Cuba, will also award prizes.

González-Torres in Shanghai. The first solo exhibition in China by Félix González-Torres (1957–1996) is now on view at the Rockbund Art Museum in Shanghai. Marking the 20th anniversary of his death, the show features more than 40 works, including his well known candy spills, printed-paper giveaways, jigsaw puzzles, and light installations. On view through December 26.

Next week: Women artists in Miami. At the Lowe Art Museum, Unconscious Thoughts Animate the World: Selections from the Shelley and Donald Rubin Private Collection traces the development of contemporary Cuban art through the lens of women artists. Personal and national identity, gender stereotyping, race, and religion are among the issues explored in work by a cross-generational selection of artists, from Antonia Eiríz to María Magdalena Campos-Pons. The show opens next Thursday, November 3, with a reception at 7 p.m.

And Cuban architects in Coral Gables. Using vintage photographs, architectural drawings, models, artworks, documents, and more, Cuban Architects at Home and in Exile: The Modernist Generationtakes a unified look at the work of mid-20th-century Cuban architects on the Island and abroad. Curated by architecture scholars Victor Deupi and Jean-François Lejeune, the exhibition opens next Friday, November 4 and runs through February 26.

CINTAS Awards rescheduled. Postponed because of Hurricane Matthew, the 2016–2017 Cintas Foundations Awards announcement and exhibition of finalists’ art have been rescheduled for Saturday, November 12.

The Study held over at PAAP. From Pan American Art Projects comes news that curator Alejandro Machado Font’s exhibition at the annex, The Study: From Creative Subjectivity to Artwork—profiled here earlier this month—has been extended to this Saturday, October 29.

Opening Saturday in Los Angeles. At Couturier Gallery, Cuban Perspectives: Adrián Fernández, Alex Hernández Dueñas, and Frank Mujica presents three artists who interpret contemporary life in Cuba from distinct points of view. Fernández revisits the aesthetic tastes of the Cuban elite in the 1950s, bringing to light its underlying kitsch, while Mujica’s graphite drawings hint at broader contexts beyond the frame of what is depicted. Hernández examines the impact of the changing economy on everyday life—the cultural conflicts brought about by tourism, new symbols of success, and more. The show opens this Saturday, November 5, with a reception at 6 p.m., and runs through December 23.

New center for Latin American art at MoMA. The big news out of New York this month has been the announcement of a major gift from the Colección Patricia Phelps de Cisneros, which adds 102 artworks to the Museum of Modern Art’s holdings of Latin American art, and establishes the Patricia Phelps de Cisneros Research Institute for the Study of Art from Latin America. The Institute will offer opportunities for curatorial research and travel, host visiting scholars and artists, convene an annual international conference, and produce research publications on the field.

Award for Bruguera. Tania Bruguera is one of ten recipients of the 2016 “Anonymous Was a Woman” award, given to female artists over 40. The award carries a $25,000 grant and is given “in recognition of an artist’s accomplishments, artistic growth, originality and potential.” Bruguera was awarded in the category of performance art.