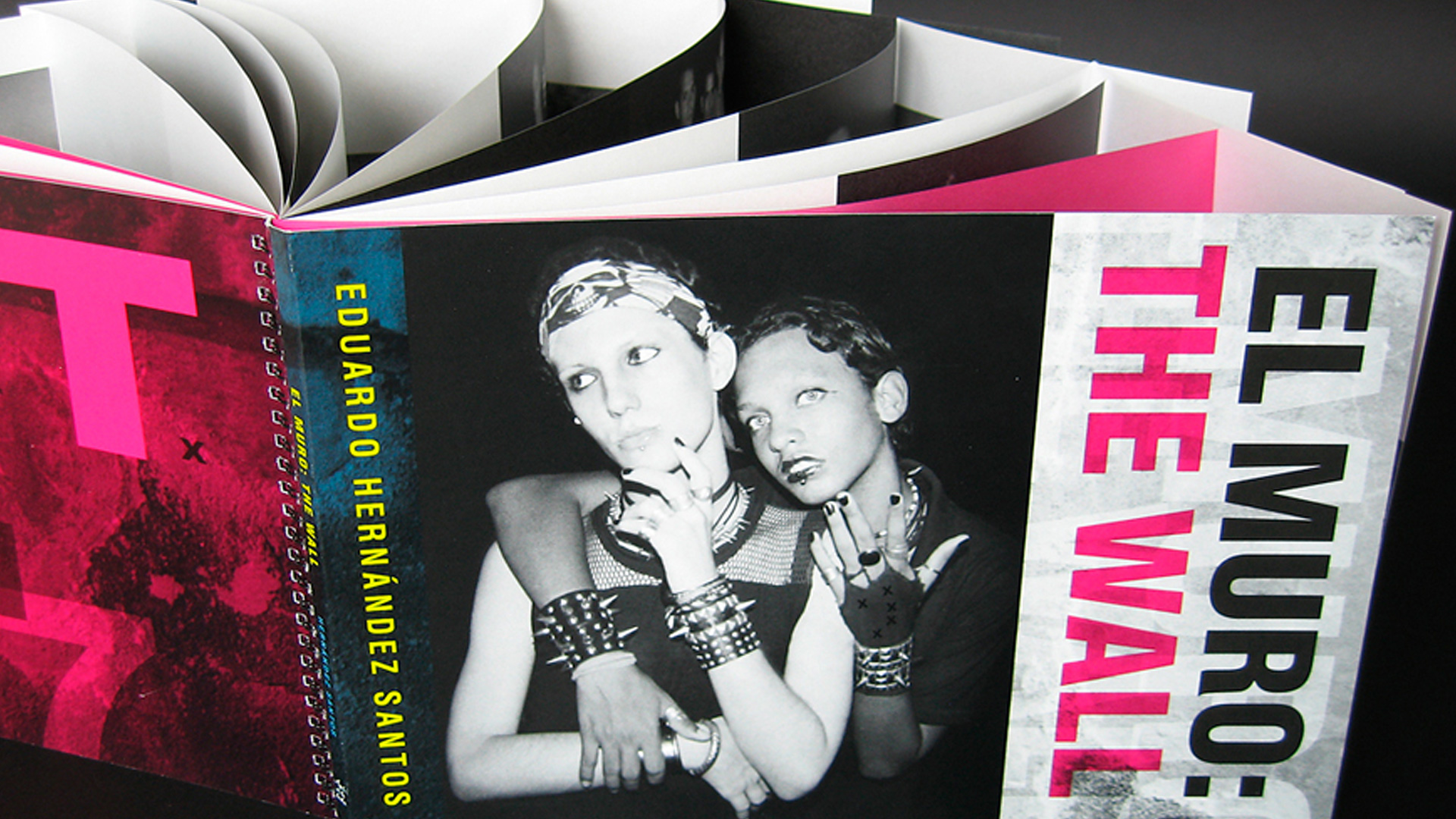 Following part one of his conversation with Lidia Hernández Tapia, Eduardo Hernández Santos talks about his groundbreaking early exhibitions, his recent series El Muro, and the “boom of the phallus” in Cuban art.

You were one of the first Cuban plastic artists to address gender conflicts, homoeroticism, sexual ambiguity, in the context of the 1990s. Your exhibition Cuando los cuerpos se confiesan, presented at the University of Havana in 1998, was censored ”for not being in accordance with the principles promoted by the institution.”  What has your relationship to censorship been like?

Cuando los cuerpos se confiesan was a show curated by Andrés Isaac. Being censored has been very difficult for me. I have never denied it, but I have not made a position out of it. Many people are always talking about what happened to them, and I talk about it if necessary. I have not needed it to grow as an artist, or as a person. If that weren’t so, I would have been bogged down in resentment.

Censorship is there. There are phases an artist can go through, sad or painful moments of a nation. And you have to know how to grow to do other things.

Rufo Caballero referred to a phenomenon that has occurred in Cuban art from the 1980s onwards as the “boom of the phallus.” It’s the representation of the male organ as a symbol of reflections on controversial issues in society. To what extent has art contributed to sweeping clear the prejudices of a society where echoes of patriarchal ideology persist?

Despite having a commitment to both male and homoerotic elements, I have not used the phallic that much  in my work. Sometimes it is suggested. I always paid a price for including it, because a phallus in a photograph is not the same as a phallus in a drawing. In drawing it is considered a metaphor, but in a photo the eye always goes there. The range of thinking on these issues has dramatically changed. But be careful. Intentions or cultural policy positions may have changed but prejudices are still there, intact.

I think I was the artist of the 1990s who took an advanced attitude, in his work and personal thinking, to the conflicts of the homoerotic. It seems simple, but at the time it was a tremendous responsibility. More than benefits, it brought me many bitter experiences.

I must confess, I do not think it has been readily accepted. My work comes from the experience of life, of a necessity determined by a context. At the beginning it was more naïve; now it is very well thought out. I have made it with all honesty, and I have exhibited it.

Does mutilation of the images in your work has to do with the context to which it refers?

Of course. Everything bears a huge relationship with my work. My models are always subjected to something, a mutilation, a wound. Not only in Cuba but in other parts of the world, “other” sexualities or genders are not yet accepted. But my work does not always refer to the same subject. I often speak of human, homo or not.

Unfortunately, although my commitment has been well defined from the beginning, the cliché remains. However, I do not feel tied to one topic. I can also speak of transgenders or lesbianism.

Art allows freedom. For example, in my 2008 exposition Palabras, the intention was to talk about a conflict between the language of high social ideals and the mobilization of our context and its relationship to individuality—how that is in play in the Cuban reality.

After these experiences, how has self-censorship influenced your creative process?

Self-censorship (autocensura) is a very interesting word. When you have had so many bad experiences, there comes a moment when you limit yourself. I have needed a sword to fight this. Cuban society remains patriarchal. Those things do not change so quickly. I feel very proud to have been, in the 1990s, a young man who built a body of work that tried to push the limits of those prejudices.

In 1993 I made Homo-Ludens, which was the first homoerotic exhibition to take place in Cuban photography after the Revolution. This show was committed to a direct, frontal discourse, but very aesthetic. It was not intended to reflect great contradictions, but to propose to society that the male body was also an object to analyze, that it was a source of pleasure, and not only to women.

You belong to the generation of Cuban artists who took the first steps in relation to the commercial circuits of international art. How was your relationship with the market?

Our generation was formed under principles of ethics rather than the marketplace. Those were different times, another way of understanding art and life. There was a commitment to the mission of making art. Today,  many young people put the market first, and then other things.

I had wanted to enjoy, in the art market, as much good fortune as I’d had with critics and books on art. I am an artist who thwarts photography, and there are prejudices about it. On the other hand, the issues I approach are not for a general audience. Everyone does not collect this art. My work had a moment of splendor from the late 1990s until 2006, and then came a slight cooling. I have triumphed in the world of intellectual prestige, let’s say, but not in the market.

In the case of Cuba, we who live and create here always depend on those coming from outside. There is no serious institutionalized market for national art, or private collections that support artists and purchase work within Cuba. The only prestige we have is from those who write about us, and take us into account for curatorial projects and books. Nothing more.

El Muro, one of your most recent works, is a departure from your longstanding style. For the first time you did not present studio photos, but documentary work. What inspired this turn, in terms of aesthetics? What do you propose with this series?

El Muro is practically a document, although it does not stay in the photo. It was a stroll along the Malecón with a friend, we were there for many hours, and suddenly that place started to attract many characters. I was so amazed that in the following months I returned with many friends, my cameras. I began to interact in place, to make the photographic record. Then I began to interact with wall photos and texts.

So I decided to use La Isla en peso, Virgilio Piñera’s poem to accompany the triptych. The book is a tribute. It takes courage to face the night and the city the way they do. It is one of my most special and dearest works.

Why did you use the Piñera poem?

Virgilio Piñera underwent many bad experiences because of his strange and difficult work in a context that was not understood. I was amazed, a few months ago, when I went to a bookstore and found all Virgilio Piñera´s books in print.

When I was young, it was hard to find a book of his, he was like a “bad boy” of literature. He was a deeply ironic and critical man. He was able to reflect the not-very-happy edges of his reality. I think at that time he was misunderstood. Fortunately things have changed, but he is dead. Intellectuals should be able to enjoy these things while they are alive.

How does being a Cuban artist influence you?

To be an Cuban artist who lives and works in Cuba has a force and intensity that is quite different from those who live elsewhere, because you live in the place where you were born, in your context, with the real, everyday contradictions of your country.

The climate, the history hanging over your head, the action of others around you, the problems to come, of the past or the present, in mind and body, with the earth beneath your feet, the air and water around us, the maldita circunstancia del agua por todas partes… (damned circumstance of the water everywhere … ). All that makes you different. It perhaps creates a more radical or profound commitment than you see in someone who looks on our reality without suffering it, without living it. It is a unique intensity.