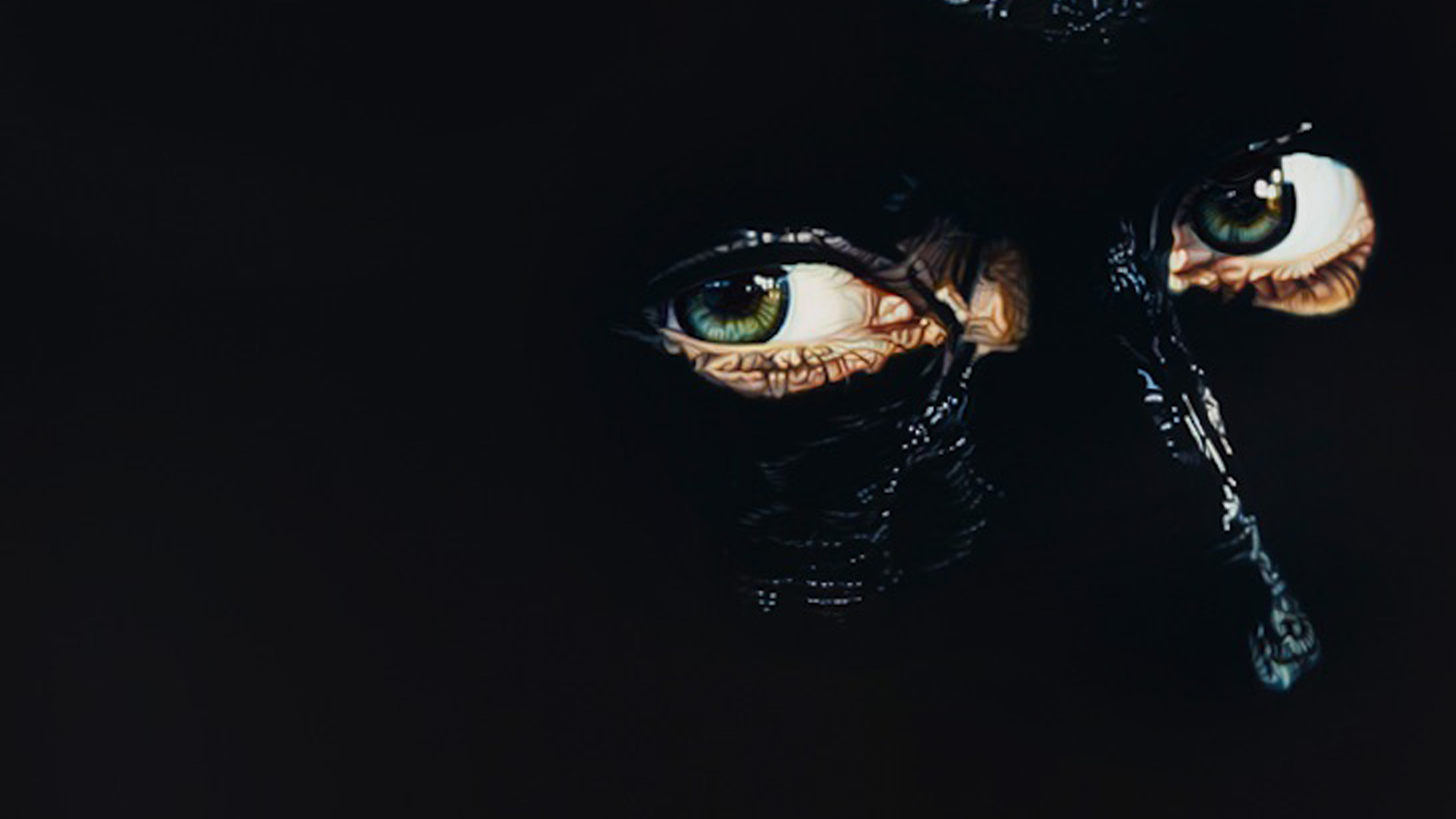 At the Museo de Arte Colonial in Habana Vieja, La Ciudad de las Columnas: Fotografías de Ramón Martínez Grandal presents 24 of the images taken for the 1982 publication. Curated by Cuban Art NewsHavana editor Abelardo Mena, the exhibition marks the first time the photographs have been exhibited as a series. The exhibition opens at 4 p.m. on Thursday, and runs through October 28.

Tomorrow: El Silencio de Duchamp. The group exhibition, curated by artist Meira Marrero Díaz, opens this Friday, September 30 at Factoría Habana in Habana Vieja. The show includes works by Sandra Ramos, Ariamna Contino, Eduardo Ponjuán, Ricardo G. Elías, Iván and Yoan Capote, and Humberto Díaz, among others. The show reflects on the use, misuse, and abuse of language in human communication through history.

Breaking down the language employed in political, artistic, and literary discourses, El Silencio de Duchamp brings together installations, performances, video art, photography, and sculptures, very much in the spirit of Dada artist Marcel Duchamp. The show explores metaphorical approaches to the concept of silence—whether it is intentional or not, self-imposed, or demanded by others. The exhibition runs through January 2. The opening reception begins at 8 p.m. Friday.

Cooking with Cotidiana. The routines of domestic life, and daily life on the island, are the focus of Cotidiana, the solo exhibition by Inti Hernández that opened Saturday at Galería La Acacia in Miramar. The show features three-dimensional artworks, including Hernández’s surreal riffs on the traditional Cuban rocking chair, as well as video projection and performance works. Performances include a special collaboration with chef Liseth Rodríguez Martínez of Tierra Restaurant at F.A.C. On view through October 29.

And Espacio en blanco. Presented at the Centro Hispanoamercano de Cultura, this group show opened earlier this month—with a request by curator Chrislie Pérez that attendees wear something white, if possible. The show features works created in shades of white, by some two dozen artists, including José Ángel Vincench, Lidzie Alvisa, Diana Fonseca, and Wilfredo Prieto, among others.

Chaotica in Vienna. As part of the 2016 edition of curated by_vienna, an annual city-wide art program in Vienna, Austria, Galerie Ernst Hilger is presenting a group show curated by Luis Miret. Chaotica: An Approach to Chaos from the Perspective of Cuban Fine Arts includes work by Adonis Flores, Diana Fonseca, Iván Capote, Tonel, and Ariamna Contino, among others. On view through October 15.

Next week: Mariño in London. Armando Mariño: New Paintings opens next Monday, October 3, at Coates & Scarry Gallery. Featuring the highly saturated palette characteristic of his work, the recent canvases depict the figure in natural environments—pine forests, mountain ranges, and open water. There will be a private viewing on Tuesday, October 4, 6–8 p.m. The show runs through October 15.

Mariño is also participating in Bedazzled, an international group show of art made with glitter, rhinestones, and similar materials. Presented at the Lehman College Art Gallery in the Bronx, the show runs through January 14, with a reception scheduled for next Wednesday, October 5, 6–8 p.m.

And ¡Presente! At GX Gallery in London, ¡Presente! Contemporary Art from Cuba showcases more than 50 works by a cross-generational range of artists, from Roberto Diago and Reynerio Tamayo to Jorge Otero, Lisandra Isabel García, and Adislén Reyes Pino. Curated by Chrislie Pérez, the show will raise funds for visual arts materials for the Island. It opens Thursday, October 6 and runs through October 29.

Below, a minute-and-a-half video of Adislén Reyes Pino talking, in English, about her work in the show.

Sunday in Los Angeles: Belkis Ayón. This Sunday, October 2, Nkame: A Retrospective of Cuban Printmaker Belkis Ayón opens at the Fowler Museum at UCLA. Organized by the Belkis Ayón Estate and Dr. Katia Ayón with the museum, and curated by Cristina Vives, the show features 43 prints spanning 1984 through 1999, the year of her untimely death. They include large-format prints incorporating anywhere from six to 18 sheets of paper, enabling her to make scenes and figures that were close to life-sized. The show runs through February 12.

Mendieta in Arizona. At the Arizona State University Art Museum in Tempe, Energy Charge: Connecting to Ana Mendieta explores the artist’s influence on a generation of younger women artists. The show features iconic works by Mendieta, including pieces from her Silueta series, along with installations and performance art by Ana Teresa Fernández, Kate Gilmore, Simone Leigh, Gina Osterloh and Antonia Wright—contemporary artists whose approaches are related to Mendieta’s innovations. On view through December 31.

Thursday: Parlá in Dallas. In one of last month’s Updates, we wrote about José Parlá’s solo show in Tokyo this fall, and his participation in the international street-art show Post No Bills at the Newberger Art Museum. Now comes news of another solo show, opening this Thursday, September 29, at the Goss-Michael Foundation Gallery in Dallas. José Parlá: Instincts features new paintings and sculpture made specifically for the space. Opening with a reception from 6:30 to 8:30 p.m., the show runs through November 11.

And Larraz. Also on October 7, Julio Larraz opens Made in USA, a solo show at Ascaso Gallery in Miami. On view through November 30.

Martiel in New York. Just opened last week, the exhibition Enacting Stillness features an international, cross-generational selection of artists who up-end the usual expectations about performance art—including Carlos Martiel, whose endurance performances test the limits of his physical capacity, and the capacity of the audience to bear witness. On view through January 13 at The 8th Floor.

And a roundtable at the New School. The Department of Foreign Languages at the New School will host “Cuba Art Now!,” a lunchtime conversation on collecting, curating, and archiving Cuban art. Speakers include Meyken Barreto and Maria Cabrera Arús, curators of the exhibition Pioneros: Building Cuba’s Socialist Childhood, presented at the New School last fall, and architect and author Hermés Mallea, among others. 12–1:30 p.m. on Thursday, October 6. Details here.

Cuban Artists in Brooklyn. The Cuban Artists Fund, in collaboration with the Rockefeller Brothers Fund and the nonprofit organization Residency Unlimited, has established a residency program for artists from the Island. Beginning in February, a total of six artists will spend three months each in Brooklyn. Selected artists include José Yaque, Yornel Martínez, Reynier Novo, and Elizabet Cerviño.

And a Chicago Ballerina to Havana. On CNN, a video report profiles 18-year-old dancer Catherine Conley, currently in Havana as the first American to train in Cuba’s internationally famed National School of Ballet. Details here.

Call for entries – video. The International Festival of Video Art in Camagüey invites entries for its 7th edition, which will take place in Camagüey City next April 4–9. The festival is international and is open to new and recent video art. Deadline for entries is January 15, and there is no application fee. For more information, email fivacuba@gmail.com.

Spanish edition for Dangerous Moves, and more. Coco Fusco’s Dangerous Moves: Performance and Politics in Cuba, published last year, is slated for publication in Spanish by the Madrid-based Turner Libros. Pasos peligrosos: Performance y política en Cuba will launch in November. Turner is also publishing Luis Cruz Azaceta: No Exit, an extended essay by Carlos A. Aguilera, and Confesiones de Rocío García / The Confessions of Rocío García, an interview by curator Corina Matamoros and presentation of García’s most recent series (in Spanish and English).