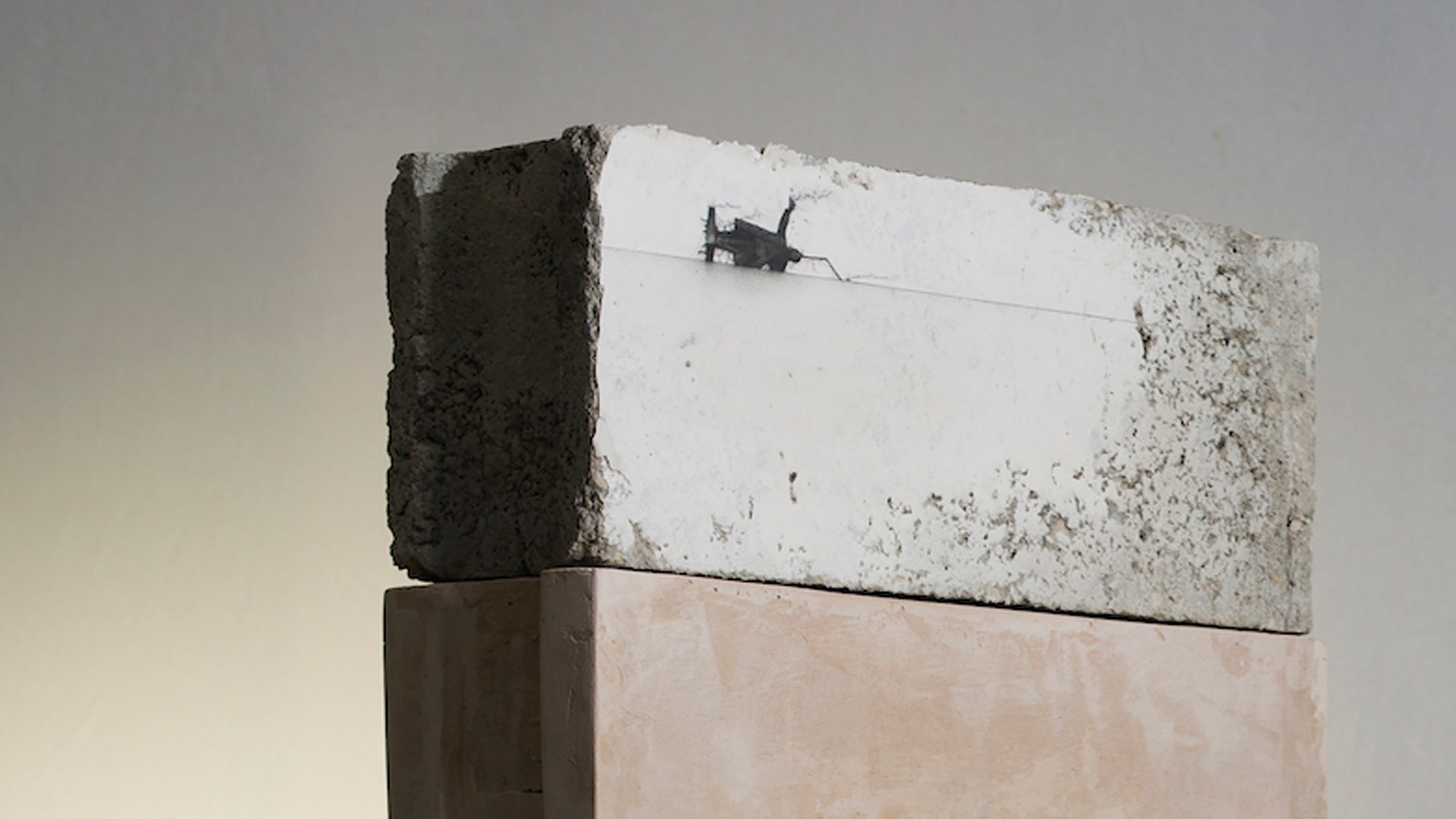 Novoa in Havana. For the past few years Glexis Novoa has been splitting his time between Miami and Havana. Now, the Museo Nacional de Bellas Artes is presenting a selection of works created on the Island. Curated by Corina Matamoros, curator of contemporary Cuban art at the museum, Glexis Novoa: Las cosas como son / Things as They Are features 11 recent paintings from his series La etapa práctica and 11 sculptures taken from his 2015 installation in Detrás del muro. The exhibition opens September 23. For more details see last month’s Fall Preview for September.

And Abre los ojos. At Galería Galiano, seven artists—Carlos Zorilla, Marlys Fuego, Marcos Gómez, Osy Milián, Nelson Céspedes, Yoan Pérez, and Yonlay Cabrera—take painting into the third dimension, using it as the starting point for a series of installations and constructions. On view through September 24.

Lam in London. The expansive Wifredo Lam retrospective that debuted last September at the Centre Pompidou and recently closed at the Reina Sofía in Madrid is now making its way to London, where it opens next week at the Tate Modern. Now titled The EY Exhibition: Wifredo Lam, the show traces Lam’s career from his student days to his work of the 1960s and 1970s. On view through January 8. For details, see last month’s Fall Preview for September.

Ramos in Mexico City. For the 2016 Gallery Weekend in Mexico City on September 23–25, Galería Nina Menocal is presenting Sandra Ramos: Simulacros distópicos. Offering a brief survey of Ramos’s work, the show includes one of her most recent series, D&M: Drugs & Madness, which takes as its starting point Gustave Doré’s illustrations for Don Quixote. Reflecting on the growing consumption of mind-altering drugs in contemporary society, Ramos relates this phenomenon to the current sociopolitical situation on the Island. The opening is scheduled for 6 p.m. on Friday, September 23.

Parlá in Tokyo–and Upstate New York. This Thursday, José Parlá opens Small Golden Suns, a show of some ten paintings created over the course of a single year. The exhibition takes its title from a 2016 work, more than 14 feet long, inspired by children around the world—the “small golden suns” of the title. On view at Yuka Tsuruno Gallery through December 3. Closer to home, Parlá is one of eight international street artists in Post No Bills: Public Walls as Studio and Source, also opening this Thursday at the Newberger Art Museum in Purchase, NY. On view through December 23.

Cuban Forever Revisited in Columbus. The Pizzuti Collection follows up its popular 2013 debut exhibition, Cuba Forever, with an encore showcasing recent acquisitions and a selection of works from the Mershad Family Collection. Opening next Thursday, September 15, the show runs through December 31. For details, see last month’s Fall Preview for September.

Sicre’s Eye in Washington, DC. This year, the Art Museum of the Americas is celebrating the centennial of its founding director with a series of exhibitions and symposia—including José Gómez Sicre’s Eye: Works from the AMA’s Collection. Works on view, acquired under the guidance of the Cuban-born curator, include paintings by Amelia Peláez, Mario Carreño, and other noted 20th-century artists. The show runs through next August 6. On September 15, a symposium will explore Gómez Sicre’s efforts to promote Cuban art in light of similar efforts now taking place among curators, museums, and other institutions.

Vizcaíno in Miami. The exhibition Graffiti-Ovni-Runa-Et brings Pedro Vizcaíno’s explorations of UFOs and interstellar space travels down to earth at the Farside Gallery. The show runs through October 30, with an opening reception this Saturday, September 10, 7–9 p.m.

El Acompañante to the Oscars. The award-winning film by Pavel Giroud, which opened this year’s Havana New York Film Festival, has been selected as Cuba’s official entry in the foreign film category for the Academy Awards. The film was also chosen to represent Cuba in the Goya Awards, given by the Spanish film industry.

Orishas reunite. Yotuel Romero, one of the stars of El Acompañante, recently made music-industry headlines by reuniting with the other members of Orishas, the supergroup that disbanded some seven years ago. This summer they released a single, “Cuba Isla Bella,” and last week wrapped up a US tour that took them from Florida to Chicago, New Orleans, New York, and other cities on the East and West Coasts.

And to finish, more art. (Art)xiomas – Cuba Ahora: The Next Generation, the exhibition presented at the Art Museum of the Americas in Washington, DC, earlier this summer. The five-minute video takes viewers from the exhibition installation through the opening reception, a quick tour of the exhibition, and even some of the press coverage.