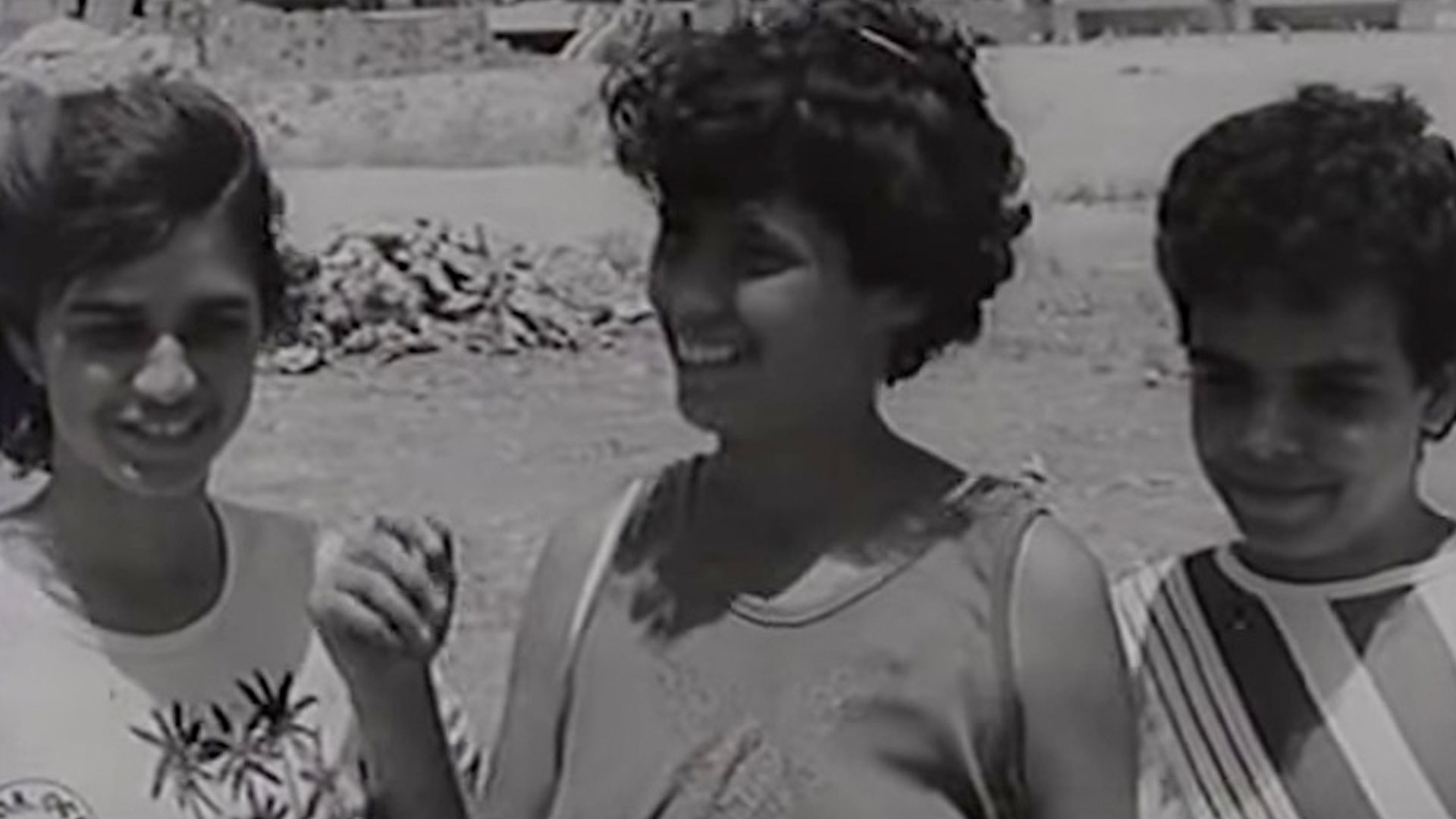 On March 24, the 57th anniversary  of the foundation of the Cuban Institute of Cinematographic Art and Industry (ICAIC), legendary cinematographer Iván Nápoles received the 2016 National Film Award from Julian González, Minister of Culture, and ICAIC president Robert Smith.

Reading the letter from the jury, writer Eduardo Heras León cited Nápoles for “the exceptional nature of his work, and his exemplary fusion of talent, technique and artistic sensitivity.”

In his comments, Nápoles, 83, recalled director Santiago Álvarez, with whom he worked as a cameraman from 1960 to 1991, on more than a thousand editions of the ICAIC News, which were screened weekly in theaters on the island.

In 2015, he was the subject of a singular documentary, Viaje al país que ya no existe (Journey to a country that no longer exists), by actress and director Isabel Santos, which explores Nápoles’s experiences as a photographer in the Vietnam War.

This year, Cuban journalist Diona Naranjo Espinosa published La Zozobra en el Ojo del Huracán (published by Sed de Belleza, Santa Clara), which included interviews on Cuban documentary during the Special Period. Among those interviewed was Francisco Puñal, whose involvement over 15 years gives an insider’s view of the ICAIC Latin American News. This excerpt serves as a tribute to Iván Nápoles and the ICAIC News.

For more than 15 years Francisco Puñal worked in one of the most important areas of the documentary on the island: the ICAIC Latin American News. He started in ICAIC in the 1970s, in the Information Center, and soon joined Santiago Álvarez´s team as an assistant director. As a Santiago´s apprentice, Puñal made, in 11 years, 120 reels of cinematographic information, collaborating with directors like Daniel Díaz Torres, Rolando Díaz and Fernando Pérez.

Was your participation in the ICAIC Latin American News group of directors important for you?

The years I worked for the ICAIC Latin American News—first as assistant director and then as a director—brought me a lot from both the professional and human points of view. This process was full of learning, and the closure of the News brought a big disappointment. The black-and-white videotapes no longer came from the German Democratic Republic, the Berlin Wall had fallen, and then the collapse of the so-called socialist camp took place. We had no film stock providers, since they had to be paid in foreign currency.

The ICAIC News was a communication and analysis tool, but unfortunately we were deprived of it after 1991. People thought about doing monthly magazines, but only a few were filmed. Job uncertainty cornered us. We were “at a standstill.” Although we continued to be paid, we knew we could not continue working like this.

Santiago Álvarez was the director and approved the topics in weekly meetings. We had our own suggestions about monothematic news reports. Official government acts were included, and political and ideological state principles were obviously taken into account.

Our commitments were with the policies of the Cuban Revolution. I always tried to address critical topics affecting the population, related to the development of society. Santiago gave us the freedom to shoot any subject, no matter how heavy. He only demanded a thorough investigation before shooting, with precise and forceful arguments. No one from outside or inside ICAIC controlled us. Once the newsreels were made, the whole team faced political pressure at the highest level. We received calls and visits. There were confrontations and sometimes we couldn´t emerge unscathed.

How far has the documentary lost ground with respect to journalism?

It’s not about replacing one with the other. We didn´t report on the news itself; we gave interpretations of why events took place. We enriched these works with the language of documentary film: the use of photography, editing, soundtrack, photo-animation, the use of posters, subtitling … These resources enabled us to achieve a refined product of  high quality, allowing communication with viewers and a message that never went stale.

If you could go back to directing the News, would you do it? Why do you think that, at the time, it was suspended so quickly? Do you think it could have been maintained?

The ICAIC Latin American News is still remembered by many viewers. UNESCO declared it a Patrimonio Documental de la Memoria del Mundo (Documentary Patrimony of World Memory) for the value of its images and content.

Since 1996 I have lived in Spain, so I myself could not do it again.

Today many cinemas in Cuba have deteriorated and very few people attend them. The film critic and programmer of the Cinemateca de Cuba, Antonio Mazón Robau, presented a paper on the occasion of the 20th Conference of Film Critics in Camagüey, which stated that Cuban society is far from where it was at the end of the 1980s.

The crisis that began during the Special Period changed the audiovisual scene on the island and the manner of film consumption as well, due to the authorization for sale and rental of audiovisual products, up to today’s consumption through flash memories and paquetes semanales. All of this was prompted by the search for audiovisual materials that could not be accessed in cinemas.

The inability to purchase film stock with foreign currency, due to the crisis and fall of the socialist camp, brought about the disappearance of the ICAIC News. Dogmatic censors were pleased by the news. When Julio García Espinosa was dismissed as ICAIC president in 1991 (around the conflict caused by the screening of the film Alicia en el País de Maravillas by Daniel Díaz Torres), the ideological leadership of the Party, with Carlos Aldana at the helm, decided to dissolve the institution and add it to the Cuban Institute of Radio and Television (ICRT), which they controlled.

The conflict was not with the exhibition of Alicia en el Pueblo de Maravillas, but an honest and critical view of the organization as it faced the country’s reality. However, Cuban filmmakers, in a valaint attitude, opposed this measure. Once the News was suspended, Televisión Cubana should have been responsible for addressing the critical issues that were of concern to Cubans. But we saw that this medium, controlled directly by the Central Committee, did not do this—even in programs like Puntos de vistas, in which people talked about matters affecting them, and En confianza, which allowed invited guests to discuss their views, among others.

El programa de Ramón, an irreverent and satirical radio program performed by poet Ramón Fernández Larrea, was no longer broadcast. Also at that time, coincidentally, the weekly humor magazine Dedetédisappeared as a supplement of the newspaper Juventud Rebelde. In Dedeté, cartoonists like Manuel Hernández, Ajubel, Carlucho, Tomy, and Ares, among others, and writers like the group Nos y Otros fired their satirical darts against all kinds of arbitrariness, indolence, double standards, political demagoguery, and administrative mismanagement that prevailed in society.

What did you expect from institutions at that time?

I expected, in many cases, a self-criticism by institutions and leaders, which never came; a solution to problems that were vital to many people; a different attitude, full of common sense; and a correction which, in my opinion, never actually happened. I’m glad I produced news programs within ICAIC, with the institution’s full support and understanding.

How do you see the ICAIC Latin American News as a reference for later decades?

The ICAIC Latin American News ended in 1990, but its 30 years of production are a benchmark for all of Cuban cinema. In this decade, several documentaries have taken as references some of our productions addressing crucial issues. For example, Los Albergados and Un día en las cuarterías del barrio de Atarés,both by Jose Padrón, winners at the Havana Film Festival, probably influenced documentaries like Un pedazo de mí and El Fanguito, both by Jorge Luis Sánchez.

Do you think the Cuban documentary is essentially the work done by filmmakers on the Island?

New technologies have democratized access to digital cameras, and consequently the possibility of filming anywhere in the world. Many young filmmakers from the interior of the Island have demonstrated their talent and creativity, independent of ICAIC, in the Muestras de Cine Joven (Shows of Young Cinema). Whenever a Cuban filmmaker, whether in Cuba or outside the Island, or a foreigner approach the country’s complex reality, and raise concerns, contradictions, desires to improve the situation; question, reflect conflicts, or depict the lives of common people, I think this work must be respected and shown. It is not fair to say that only those from the Island can make a “Cuban” documentary.

Film history is full of examples of directors who have made films about the realities of countries they were not born in.

Below, two ICAIC News documentaries. The first, directed by Puñal, is from 1989 and discusses marriage and divorce. The second, directed by Jorge Luis Sánchez, discusses the definition of a “habanero.”