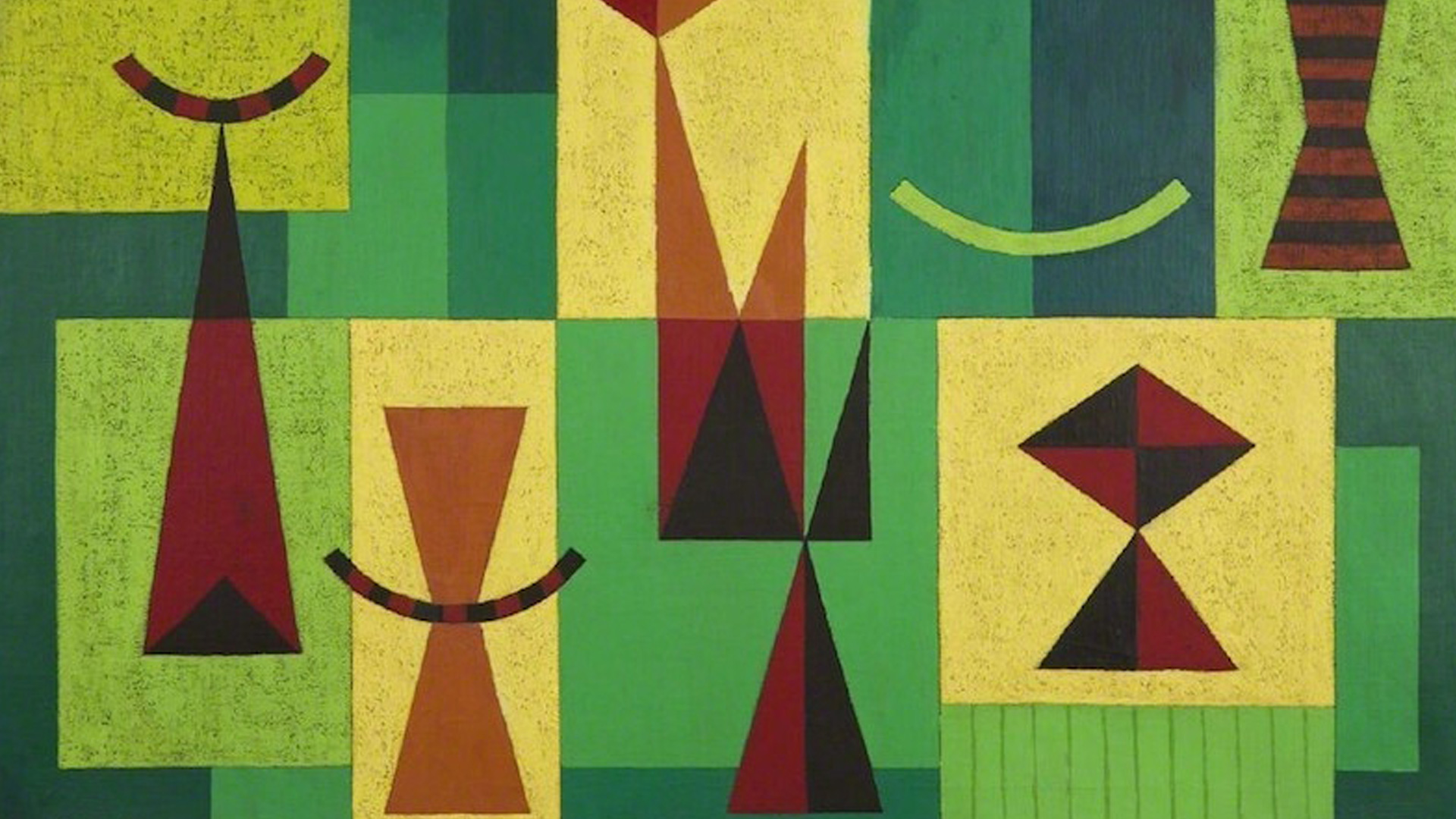 Edited by art historian Luz Merino Acosta, the two-volume Espacios críticos habaneros del Arte Cubano: la década de 1950 delves into the “critical spaces” that formed and transformed the visual arts in Cuba in that era. Yenny Hernández Valdés looks at the work and its approach to the cultural landscape of the 1950s.

As part of Havana’s 25th International Book Fair 2016, the book Espacios críticos habaneros del Arte Cubano: la década de 1950 (Critical Havana Spaces in Cuban Art: The 1950s) with editing, selection, and foreword by Luz Merino Acosta, was launched by UH Publishers. It is part of a group of texts offering analysis of the cultural events that took place in Cuba in the 1950s, a period of significant change for the country. It was a time when technological advances and the influence of capitalism directly influenced the development of cultural life.

Fulgencio Batista´s coup d´etat in 1952 brought corruption and widespread protest and confrontation against his dictatorship. Even the cultural scene at that time reflected a rejection of the official regime, which coincided with an interest in abstraction.

Abstraction in the visual arts had developed, at this moment, elsewhere in the world. In the hands of Cuban artists, it found the fertile opportunity for a broad and comprehensive development. As art historian and scholar Adelaida de Juan wrote in the essay “Visual Arts in Cuba in 1953, in Cuban Painting: themes and variations” (Mexico City: National Autonomous University of Mexico (UNAM). Havana / Mexico, 1980, p. 66):

When the circumstances in which the artist lives are essentially negative, it tends to negate the presentation. Artists are no longer motivated, and attempt to move beyond the hostile environment using the elements that the visual arts offer them. When a country’s social crisis coincides with a cosmopolitan acceptance of these aesthetic values, abstraction almost inevitably finds a means to develop. Cuban artists were no exception to this dynamic. The final disintegration of the standard political formulas, and the absence of a reality that could offer expressive possibilities, paved the way for abstraction—the deinal and repudiation of a reality in crisis.

The second half of the decade witnessed the rise of spaces for visibility and creation. Such develpments as the growth of a neocolonial capitalism, which led to a conception of modern and mercantilized life; the coming of technologies such as television and radio; and North American hegemony in film and media conditioned the subjectivity of the people.

Meanwhile, the development of the art market internationally influenced the Cuban cultural panorama. The 1950s saw new art spaces begin to open. There, the art of the nation was enlivened mainly by artists whose critical works pointed, from abstraction, to their disagreement with the thinking that dominated the country in that “dark” time.

Espacios críticos habaneros is divided into two volumes, and includes a selection of texts and authors who analyze and expose the cultural characteristics of this particular horizon. The era has been investigated several times by various specialists (Adelaida de Juan, Antonio Eligio Fernández (Tonel), Yolanda Wood, Rufo Caballero, Pedro de Oraá, and Graciela Pogolotti), whose explorations range from the performance of Cuban art and its context to the most representative artists and works of the period.

For her part, the author does a substantial analysis of each of the “espacios críticos,” which forms the core of her analysis. Galleries, exhibitions and curatorship, spaces for visibility, partnerships and associations, manifestos, media, the circulation of art knowledge, cultural journalism, and critical approaches are referenced, to mention a few.

Among those spaces of visibility that emerged as designated “critical” areas in the 1950s were specific places favored by location within the city, very much in line with the demographic flow. Among them were theater lobbies, the renowned Hotel Nacional, the well-known store El Encanto—which caught the eye of the Havana’s wealthy in great numbers—as well as the Photographic Club of Cuba, the Fine Arts University Society, the College of Architects, and the University of Havana.

The salons of the 1950s, also identified as “critical spaces,” became the places where the evaluation, updating, and legitimation of the nation’s most recent art took place. All were strategic spaces for the consumption and promotion of the most current Cuban art, as well as a window on the international stage.

Acosta also identifies supporting structures for the “critical spaces.” Cultural publications served as channels of diffusion that linked artistic creation to exhibition spaces. However, in the Cuban scene of the 1950s, the predominance of private initiatives for both institutions and publications was evident. The state´s interest in regular publications did not prevail, and the balance was tipped by the rise of privately sponsored editions.

The new sensibility of the 1950s was fueled by television, other technological advances, and the importance of free time in the transformation of daily life in that decade. The country became one of the major radio and television broadcasters in Latin America, a status that continued for years, with high levels of mass consumption achieved in both media. With such levels of distribution, both national and foreign figures were privileged presences in the radio and television landscape. Among actors, actresses, singers, composers, broadcasters, and journalists who were active on this scene were Enrique Santiesteban, Gonzalo Roig, Rita Montaner, Maria Teresa Vera, and Iberoamerican artists such as Libertad Lamarque, Pedro Vargas, María Félix, Lola Flores, and Sara Montiel.

In this manner, a higher circulation and steady consumption of national creative production was achieved, which in turn generated an increase in cultural knowledge among the Cuban people. As Pilar Fernández put it in her review of the book in the March 2016 issue of Art OnCuba: “artistic creation engaged with nuances, bringing with it everyone involved in the process of national culture that this encompassed: the market, consumption, mass culture and the cultural industry.”

Acosta writes about her criteria for selecting the authors and texts that form the theoretical corpus of the book: “The selection … leans toward the [institutions and publications with the] largest circulation in the 1950s. It has tried to cover the arc of time between 1950 and 1959, through all those hands that in one way or another—in regularly written, punctual columns or otherwise—exercised a critical sensibility.”

But no explicit reference is made as to who these writers were, their contributions to Cuban historiography and Cuban criticism, their respective positions regarding the country’s politics, their fields of research, or the parties or associations that they joined, and from which they exercised judgment (or not). Questions like these arise once we start reading Espacios críticos habaneros—aspects that, to me, are utterly necessary for an understanding of the cultural events of the 1950s in Cuba.

I believe that there are still “dark spots” that require extensive research regarding the era being analyzed. Worth mentioning: an inquiry into the selected authors and their impact on the cultural scene from a critical position; the development of international artistic events that directly influenced the conception of Cuban art and permeated its projection beyond national borders; and the emphasis on the strong relationship established between the political and social context.

However, these gaps in Espacios críticos habaneros are not necessarily negative. Rather, they are motivation for further research into this era. It is necessary to highlight the valuable work done by Luz Merino, who spotlights each of the “critical spaces” of this decade. With that work, she delves into areas of scholarship that had not been fully researched, revealing the immediate antecedents of the Revolutionary context experienced by the country in the previous decade.