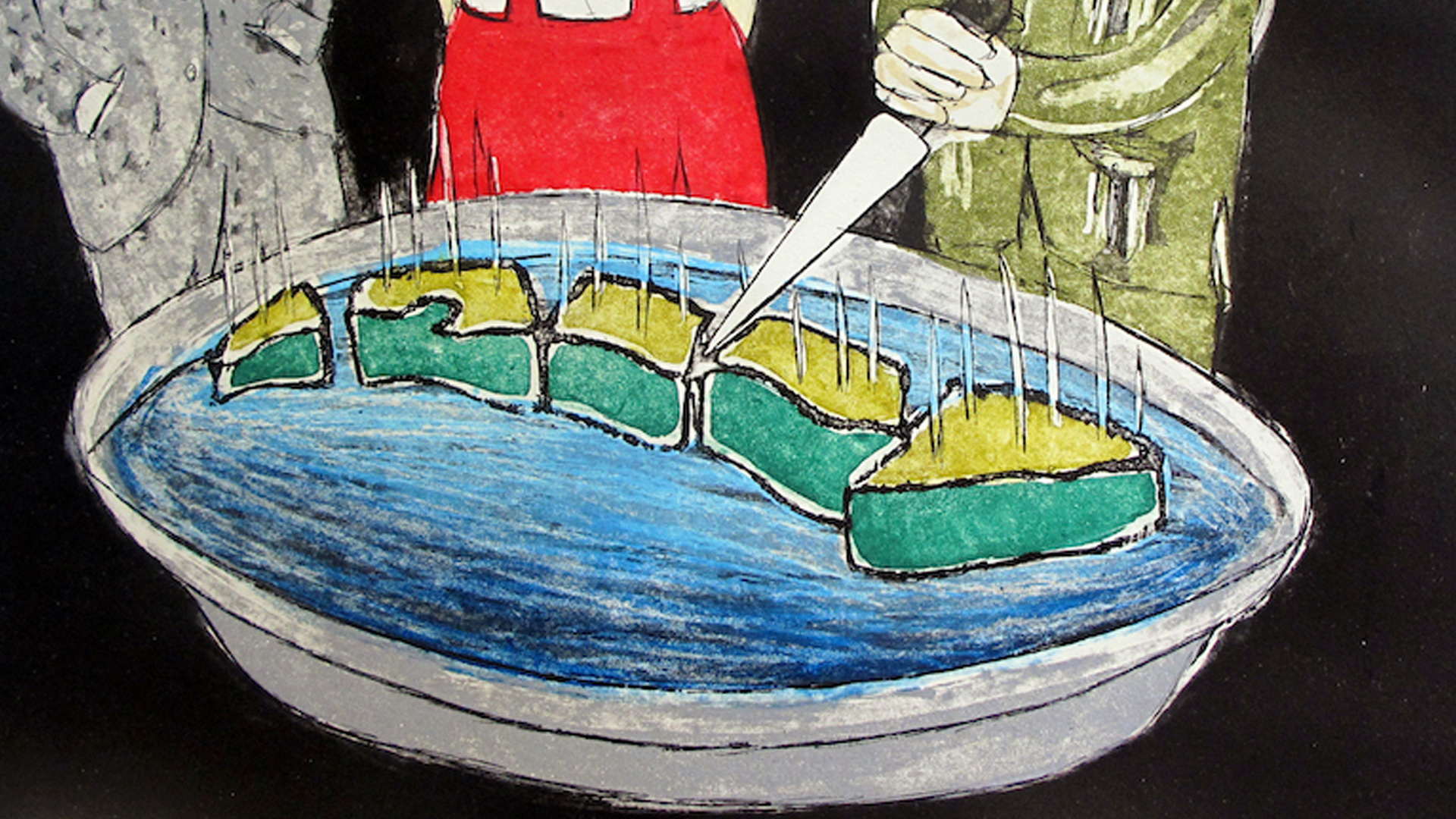 Home For Collectors Sandra Ramos: “Art has always been a great document for understanding the...
Facebook
Twitter
Linkedin
Email

Last month, we reported on the panel discussion that Art Table presented in New York about “Cuba Today: Art, Politics, Economics”—specifically, the Q&A that followed the panelists’ presentations.

Now, following our preview of Carmen Herrera’s new solo show, we turn the spotlight to Sandra Ramos, who spoke at the Art Table presentation.

Ramos has had a long and notable career, reflecting both the role that art has played in Cuban society, and the changes that have taken place in recent years.

Speaking in English, Ramos began her Art Table presentation by saying “I will talk about my art, because for Cuban artists, art is always the way to talk about society and reflect on what is happening in Cuba.

“Since the Eighties Generation [the cohort of contemporary artists in Cuba that emerged in the late 1970s and early 1980s], and my generation, the Nineties Generation,” she explained, “art has been a way for all of us to present issues that in Cuban society have not been represented in the official history, not even in the newspapers.

“Art in Cuba has always been a great document for understanding the country, and the life and history of its people.”

Speaking of her 1993 print, La maldita circunstancia del agua por todas partes, Ramos noted that “emigration has been a very important subject that many artists have worked with. And isolation,” she added, saying that La maldita circunstancia was made during the Special Period, the era of intense economic hardship following the collapse of the Soviet Union in 1991.

The shape, she noted, is the shape of the island. “It’s a piece that in some way combines all these references, to talk about the idea of how Cubans have had to continue their lives [elsewhere] and to change in some other way what they cannot change in society.”

Migraciones is part of an installation that Ramos made for the 1994 Havana Biennial, “also with the same idea of emigration,” incorporating a series of suitcases containing “the lives of the people” who left during the large-scale exodus of 1994. What is interesting, Ramos said, is that a similar wave of emigration is happening now, prompted by concern that the US immigration policy favoring Cuban migrants will soon end. “Many people are leaving the country through Central America,” Ramos said. “It’s an issue that still we are not solving.”

“This piece, Electro-Daily-Cardiograph, was made in 2006. I was trying to record the sickness of the society, in the way of a cardiogram.” The installation includes seven videos reflecting major concerns of the Cuban people, such as emigration, transportation, livelihood, housing, and care for the elderly. A decade later, said Ramos, “these continue to be concerns for Cubans and are reflected for me and other artists.”

“My work has always been very political and socially connected,” said Ramos—particularly the work featuring her alter ego, a young pionera [member of a Cuban youth group]. “She is like a narrator in my work,” said Ramos, who “allows me to talk about uniformity, the idea of double morality, and indoctrination, in reference to education in Cuba.”

“Recently I’ve been making a lot of references to Greek mythology in my work, as a reference that communicates the history of Cuba within a universal history—because I think many of the issues we have are issues that you can find anywhere, and in history.”

She showed a print, Between Scylla and Charybdis, that referenced the Florida strait and the Cubans who died trying to reach the US, and Narcissus, she said, “because I think in some way we Cubans are very egocentric and narcissistic, and that affects how we develop.”

Cutting the Cake, Ramos said, reflects anxieties about the future. “That’s one of the main concerns for people who live in Cuba now.”

90 Miles is a work that Ramos showed in a solo exhibition at the Museo Nacional de Bellas Artes during the 2012 Havana Biennial. “It’s a bridge between Havana and Miami, made with photos that I took from the airplane,” she said, adding that it has also been shown in Tampa and Key West.

For the past three years, Ramos has lived primarily in the US, largely for familial reasons—a major change for an artist whose work has been deeply rooted in the specifics of Cuba’s everyday reality. In the latest work she has responded to her new surroundings. “I take pictures on my trips and then try to reflect on what I have seen,” she said.

“Recently I have also been working with Lotto tickets collected from friends, to make this collage—to talk about the frustrated dreams of many people, the expectation and the reality.” Throughout her work, Ramos has explored “the contrast between far and near, wealth and poverty,” subjects that remain very interesting to her.

Powerball, one of Ramos’s most recent works carries the Lotto theme into the realm of US politics. Although her work is grounded in the island, Ramos continues to explore themes “that are important, not only in Cuban society but the contemporary world in general—where we don’t know where we’re going as a species, the human species.”