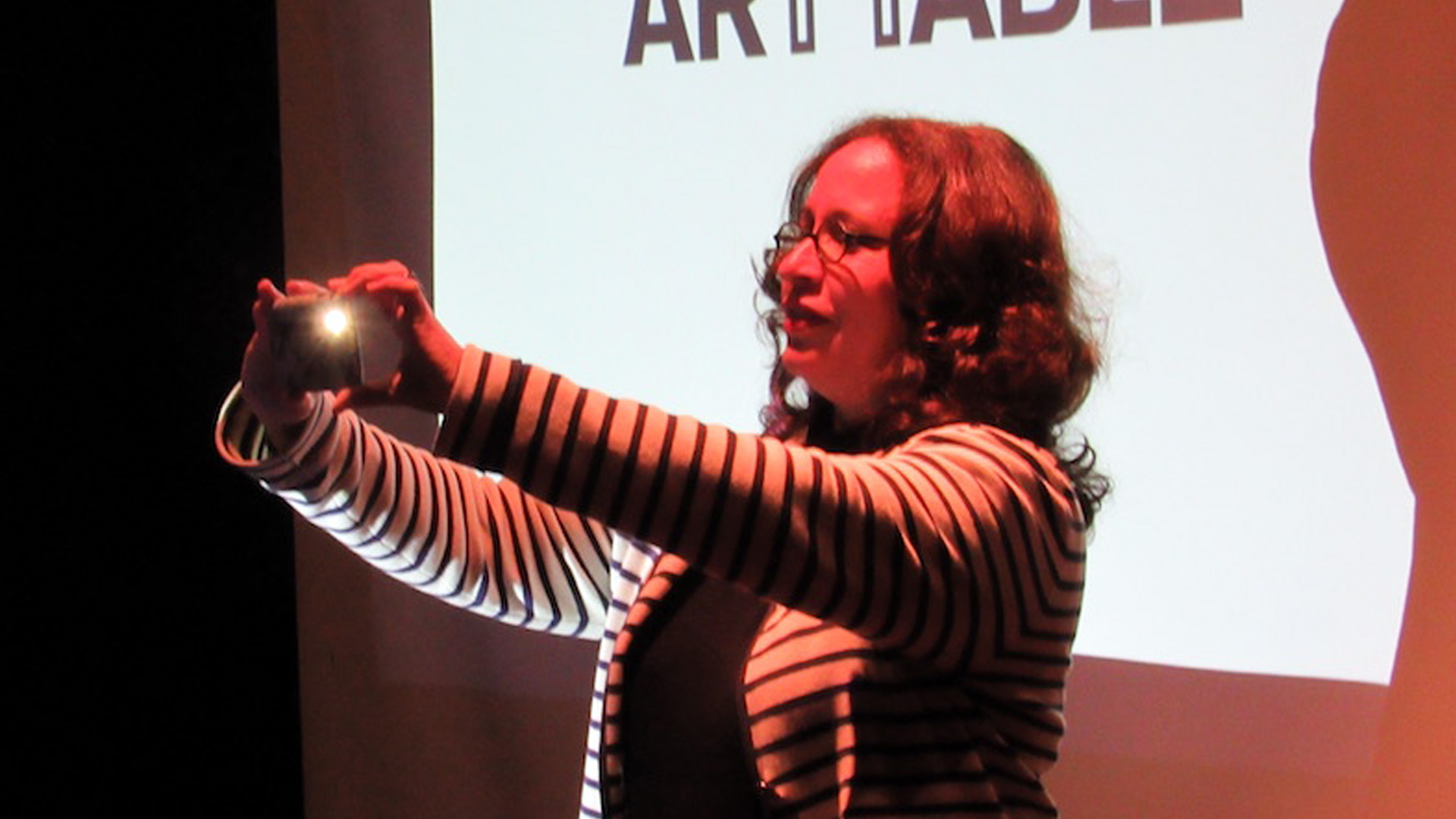 As the thaw in Cuba-US relations continues and Cuban art appears in more North American galleries and museums, the US art world is catching up with panel discussions, presentations, and conversations. Art Table, a national organization promoting women’s leadership in the visual arts, recently presented one such program in New York. The Q&A with the audience was especially interesting.

After introductions by Art Table’s Rosa Tejada, Cepero started with a talk on Cuban photography in the 1990s—including, for those unfamiliar with Cuban history, a quick description of the Special Period following the collapse of the Soviet Union. Focusing on such themes as the city, the body, queer culture, migration, and daily life on the island, Cepero introduced the audience to work by Carlos Garaicoa, Marta María Pérez Bravo, René Peña, Eduardo Hernández, and Manuel Piña, among others.

Ramos followed with a brief overview of her art production since the 1990s. For the past few years, Ramos has divided her time between Miami and Havana. Her work, which had been firmly rooted in Cuban realities, has started to reflect her new environment, with references to Las Vegas, Times Square and Broadway, state lotteries, and other US iconography. A recent installation, for instance, interprets the current presidential election as a Powerball jackpot game.

Cuban-born, Miami-raised Valdés, who teaches printmaking at the University of Massachusetts Amherst, spoke about her involvement with the artist exchange program Dialogues in Cuban Art. Developed by curator Elizabeth Cerejido, the program brought Miami artists of Cuban descent, including Valdés, to Havana last year, and is bringing Cuban artists and curators to Miami later this month—a reflection of the changes in international relations on a more individual level.

The audience, primarily women in the visual arts professions, was eager to engage with the speakers. Most questions were directed at Ramos, with Cepero and Valdés joining in on the responses.

Asked why, with a successful career in Cuba, she decided to begin spending time in Miami, Ramos cited personal and familial reasons, including resuming a relationship with a partner now based in Miami. “Also I think as an artist, it’s very important to have flexibility, to have more mobility,” she said. “Even though I traveled a lot during the years I was in Cuba—I was always allowed to travel—I could not travel with my daughter, and I had to ask for a visa, for permission.” Her current situation makes travel much easier.

“Also, Cuba is changing,” she added. “It’s much more open. I knew that if I left I would be able to come back.” Until the changes in her personal life, Ramos had never wanted to leave, because, she said, “all my work is very related to Cuba. But in some ways I think it has been good for me [to live elsewhere], to grow personally and to develop other aspects of my production, my work. I’m very happy to have the possibility to be in both places.”

Ramos was in Havana during President Obama’s recent visit. “The Cuban people were very happy, she said. Everybody was happy with the speech he gave, and the encounter that he had with Cuban civil society. I think [his visit] has been very important for Cuba.”

The important thing, she added, “is what Obama said: the Cubans change Cuba.” She voiced some concern that the current focus is so exclusively on tourism, “the Americans that are coming and the money that is coming. I would like to see things develop in other areas also. But for that, the government needs to open other kinds of enterprise possibilities.”

Cepero agreed, adding: “I think one of the successes of the visit was to deprive the government of an enemy to blame. The enemy dissolved very quickly in those 30 minutes when Obama spoke.” Before the thaw, she said, “All the problems in Cuba were blamed on the US. And this visit made it very clear that it’s our [Cuba’s] problem to solve, more than anything else.”

Ramos pointed out that Cuba is not alone in confronting such problems. “Social and political [issues] are so important here [in the US] now, and so important in the world.”

Not all art has to be political, she said.

In response, Cepero noted that “in Cuba, in particular, artists have been a critical voice for all these years. Art has been their weapon to express the frustrations, the problems, the trauma of that society. It will be interesting to see the changes that the opening up will bring to Cuban art. Not only that,” she added, “Cubans hopefully will be more exposed to the outside world through the Internet. They will have more access to the outside world, and that will definitely impact their work.”

“I think it’s impacting it now,” Ramos responded. In the younger generation of artists, she said, “you are seeing more formal art now.”

On that point, Valdés brought up two artists whose work she saw on her visit to the island last summer, which reflects “an art that is addressing the more international view.” Wilfredo Prieto’s work, she said, “begins in the social-political schemata, but it’s already starting to expand, to think about not only Cuba and its politics but Cuba in relationship to the world, and how the world begins to see Cuba.”

She also cited the artist Kcho, who set up his studio in the Romerillo district as an Internet hot spot available to all Cubans (and who recently entered into an agreement with Google to expand Internet access there). “He integrated himself into what we consider here social justice-oriented work,” she said, “where he’s opening up the accessibility. He’s not in central Havana. He’s really making it socially available to everybody.

“Two very different ways of working,” she concluded, but they both open up Cuba, and open up the dialogue in terms of what art could be and how it could function.”