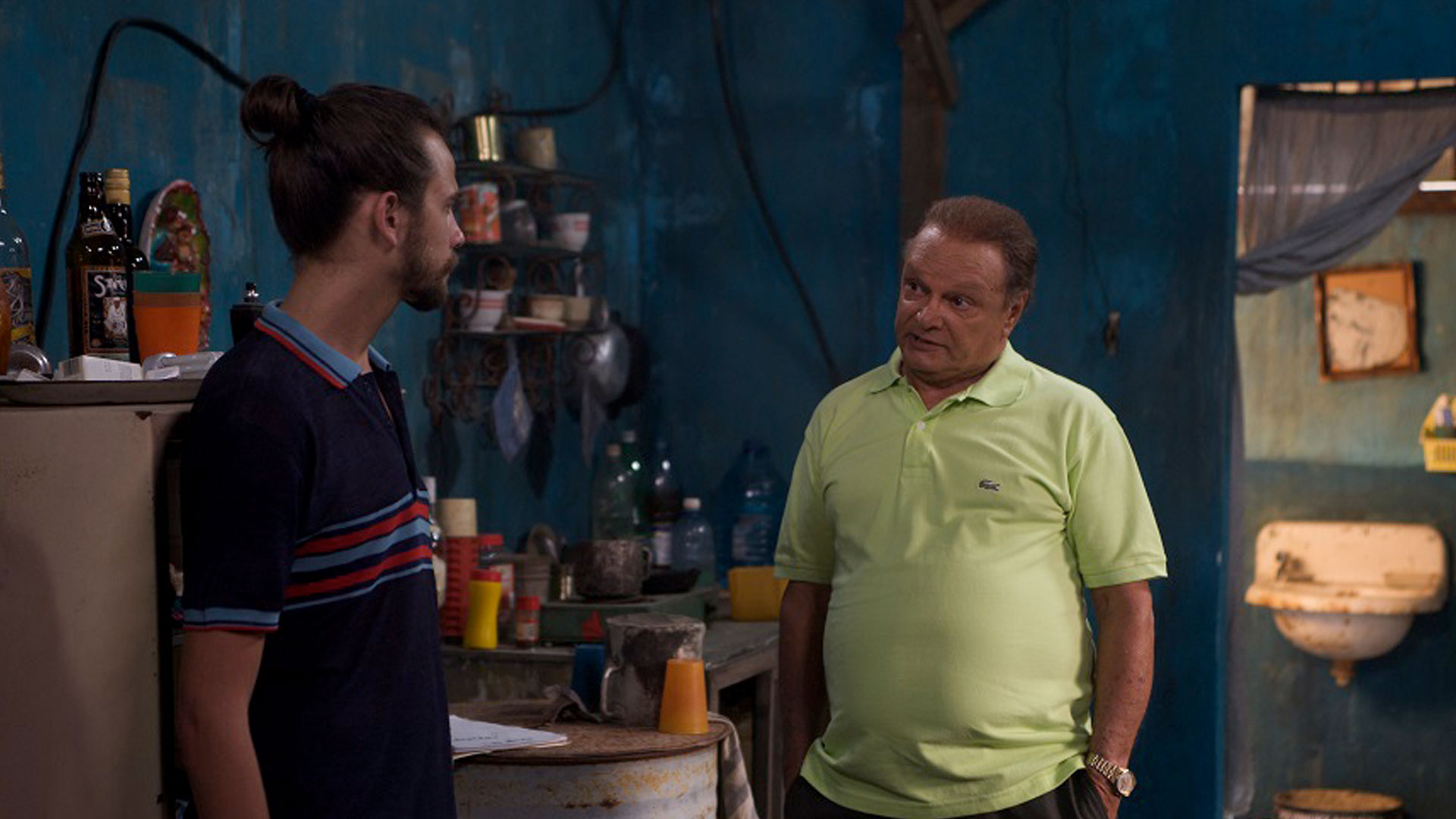 The coming of Spring also brings the 17th edition of the Havana Film Festival New York (HFFNY). This year’s festival features 17 films produced or co-produced in Cuba, as well as films from ten other Latin American countries. A project of American Friends of the Ludwig Foundation of Cuba (AFLFC), the festival takes place at the Village East Cinemas April 7-15, with special events at other venues throughout the city.

The festival opens with El acompañante/The Companion, directed by Pável Giroud. The film, which has already garnered multiple awards in European and US festivals, stars Yotuel Romero (former leader of the rap group Orishas) and Armando Miguel Gómez. Set in late-1980s Havana, this is one of the first Cuban fiction films to address the subject of AIDS patients. Pável Giroud and Yotuel Romero  will present the film at the opening-night screening on April 7, which will take place at the Directors Guild of America Theater in midtown Manhattan. El acompañante will also be screened on Saturday, April 8, at the Museum of the Moving Image in Queens.Tomorrow, April 1, a week ahead of the official opening, HFFNY will host a First Fridays event at The Bronx Museum of the Arts, with a free screening of Oliver Hill’s La rumba me llama / Rumba Calling, the story of the rumba, from its roots to today, followed by a live performance with Cuban singer Melvis Santa. The screening takes place tomorrow evening, 6 p.m., at the museum.

The festival wraps up on Friday, April 15, with a ceremony awarding the Havana Star Prizes and the New York premiere of Papa, the first Hollywood picture filmed in Cuba since 1959. Directed by Bob Yari, the film tells the story of a young journalist who becomes friendly with Ernest and Mary Hemingway and witnesses Hemingway’s decline, set against the backdrop of the Cuban Revolution. The screening will be followed by Q&A with Mr. Yari, and a Latin Night Party.

In Queens, the Museum of the Moving Image will present additional HFFNY screenings. On Friday, April 8, actor Hector Medina, star of Viva (Paddy Breathnach, 2015), will be on hand for a Q&A following the screening of this feature, selected as Ireland’s official entry for the 2015 Foreign Language Film Oscar competition. The story of a young hairdresser who clashes with his estranged father (Jorge Perugorría) when his dream of performing in drag comes true, the film will open in New York theaters on April 29. And on Saturday, April 9, at 1:30 p.m., MoMI will present Ernesto Padrón’s award-winning animated film for children, Meñique / Tom Little and the Magic Mirror (2014).

Special events this year include tributes to two celebrated Cuban actors: Isabel Santos and Enrique Molina; a program honoring the legacy of legendary filmmaker Tomás Gutiérrez Alea (1926–1996); the launch of a new book by Luciano Castillo, director of the Cuban Film Archives; a panel discussion on “Filming in Cuba” featuring director Bob Yari (Papa), NYC-based Cuban director Asori Soto, and US filmmaker, activist, and educator Catherine Murphy, with film professor Michelle Farrell as moderator. All of these special events are free and open to the public.

On Monday, April 11, the Instituto Cervantes will host the tribute to Isabel Santos. The program includes the screening of Vestido de novia / His Wedding Dress, which won her last year’s Havana Star Prize for Best Actress, and El camino de la vida / The Path of Life, a documentary that Santos co-directed with her husband, cinematographer Rafael Solis, tracing the life of Isabel Álvarez Morán from the Spanish siege of Leningrad through the postwar USSR to the Cuban Revolution. The screenings will be followed by a conversation between Santos and Solis, moderated by Prime Latino Media director Louis Perego. Ms. Santos and director Jorge Luis Sánchez will also be present at the screening of Cuba Libre on April 8 at the Village East Cinema.

The tribute to Enrique Molina takes place on April 12 at the King Juan Carlos I of Spain Center, with a screening of Humberto Padrón’s Video de Familia / Family Video (2001), followed by a discussion with Mr. Molina. Molina, along with director Gerardo Chijona, will also be present for a Q&A following the screening of La Cosa Humana on April 14.

The tribute to Tomás Gutiérrez Alea (Titón) includes a screening of his film El Arte del Tabaco / The Art of Cigars (1974), plus the documentary Titón, de La Habana a Guantanamera (2008), directed by his wife, actress/director Mirtha Ibarra, on Tuesday, April 12, and on April 13 a screening of Titón’s Las Doce Sillas / The Twelve Chairs (1962)—all at the King Juan Carlos I of Spain Center.

Following the festival, on May 1 and 7, Symphony Space and HFFNY will present a series of documentary films celebrating Cuba’s musical heritage. Cuban Rhythms will include films that explore folkloric and popular styles, as well as tributes to legendary Cuban musicians Rita Montaner, Omara Portuondo, and the Nueva  Trova movement.