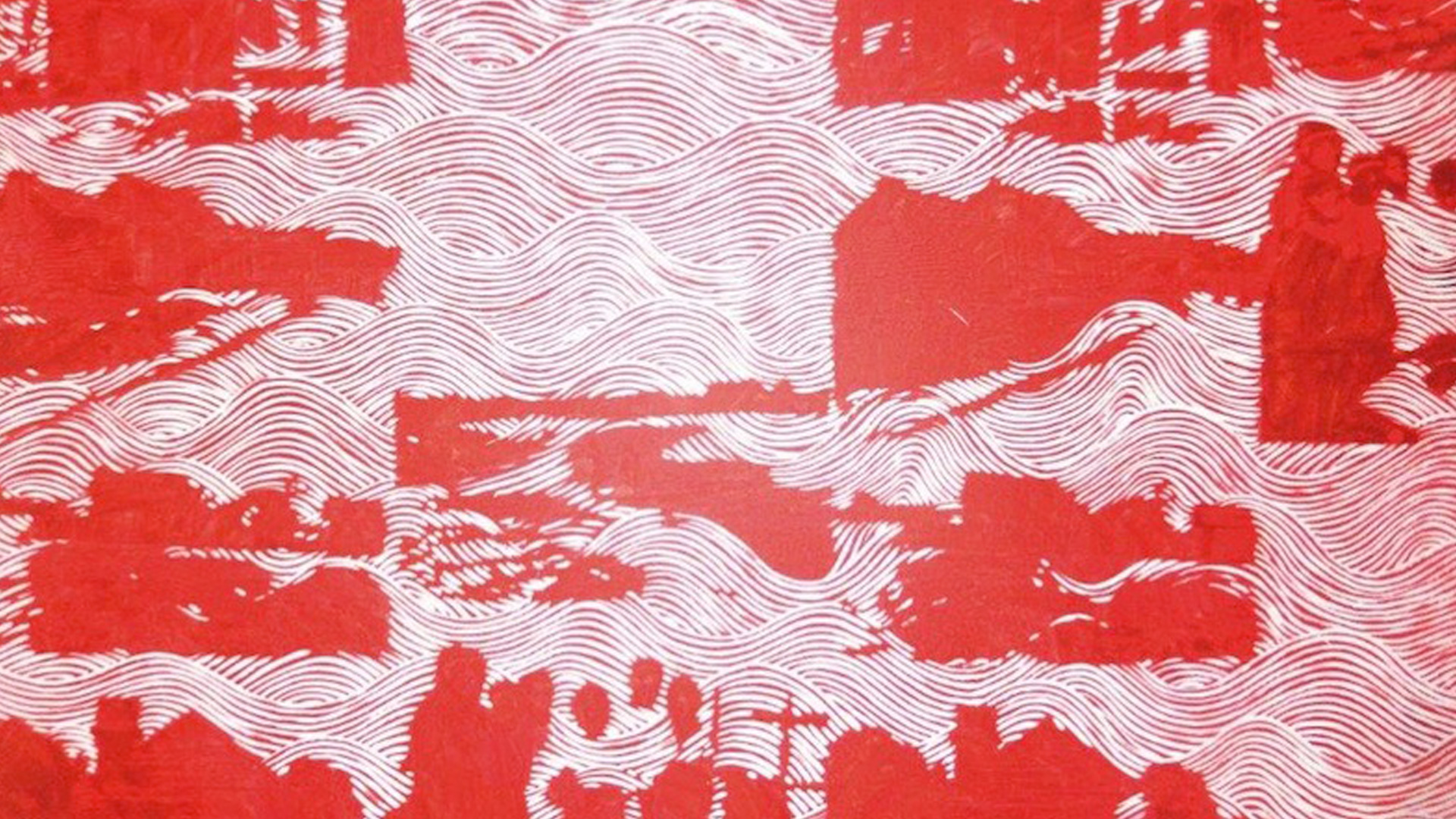 NOTE: Sharp eyes noticed that we had inadvertently omitted the news item about the upcoming Belkis Ayón exhibition in Los Angeles. It’s there now, near the end of the column, under “Save the Date #3.”

Saavedra in Havana. Base / Superestructura, Lázaro Saavedra’s solo exhibition in honor of his winning the 2014 Premio Nacional de Artes Plásticas, fills both floors of the Wifredo Lam Center—a change from the Museo Nacional de Bellas Artes, which presented the winning exhibition last year. Referencing Marxist economic theory, Saavedra’s works on the ground floor form the “base” for reflections on the “superstructure” found on the upper floor. Curated by Corina Matamoros, the exhibition includes interventions, installations, paintings, and video. On view through March 16.

And coming next at the Lam Center. Ten days after Saavedra’s show closes, architecture jumps into the spotlight with La madre de todas las artes (The Mother of All Arts), a group show exploring its influence on contemporary Cuban art. Curated by Nelson Herrera Ysla with the assistance of Loliett Marrero, the show includes work by more than 60 artists and artist groups. On view March 26­–May 7.

Los Carpinteros in Mexico City. At UNAM, the art duo opens a solo show at the Museo Universitaro de Arte Contemporáneo on March 17. The event opens with a 5 p.m. conversation between the artists and the show’s curator, Gonzalo Ortega, followed by an opening reception at 6:30. The show runs through September 4.

Instinto básico in Rome. At the Instituto Cervantes in Rome, Instinto básico: Papeles desde Cubapresents more than 100 works by close to 60 Cuban contemporary artists. The common denominator: paper as the primary material for a host of diverse paintings, drawings, installations, collages, and photos. Organized by the Cuban Embassy in Italy and the Consejo Nacional de las Artes Plásticas (CNAP), the show runs through April 2.

Emerging artists win CIFO grants. CIFO has announced the winners in its 2016 Grants and Commissions. Among the ten recipients are two Cuban winners in the emerging artist category Fabián Peña and Fidel Garcia. All artists will be part of the annual exhibition scheduled at CIFO for September 1.

Save the Date: Promising Paradise in Miami. At the Wolfsonian-FIU, Promising Paradise: Cuban Allure, American Seduction focuses on the Cuban tourist trade before 1959, and its influence on U.S. popular culture. Drawn from a gift of more than 1,000 objects—films, photographs, posters, travel brochures, and more, from the collection of Vicki Gold Levi—the show is curated by the Wolfsonian’s chief librarian, Francis X. Luca, and Rosa Lowinger, author of Tropicana Nights: The Life and Times of the Legendary Cuban Nightclub. The show runs May 6–August 21.

Diago in New York. Late last month, Roberto Diago opened a solo show at Magnan Metz Galelry in Chelsea. Marca en la Memoria / Imprint of a Memory includes several works in his Variaciones de Oggun series, collaged from metal and wood, as well as the installation Ciudad en ascenso and works from a new series of patchworked, off-white canvases. On view through April 9. For images of the show and the opening, see the photo album on the Cuban Art News Facebook page.

José Ángel Vincench too. A block away in Chelsea, Vincench’s first solo show in New York is on view at 532 Gallery Thomas Jaeckel. The Weight of Words continues the artist’s exploration of words as inspiration for concrete and geometric abstract works—here executed in gold leaf. Other works in the show include a series of “action paintings,” also done in meticulously applied gold leaf, and abstract sculptures based on words. For images of the show and the opening, see the photo album on the Cuban Art News Facebook page.

And Gladys Triana. At the Instituto Cervantes New York, Gladys Triana: Reflections of Shadowspresents a video trilogy and a selection of photographs from four series since 2008. Co-sponsored by the Centro Cultural Cubano de Nueva York, the show runs through March 18.

Esquivel in Georgia. Next Tuesday, March 15, Alexis Esquivel will present a lecture titled “From Queloides to Drapetomanía: The Theme of Race in Contemporary Cuban Art.” In his talk, Esquivel will consider a series of exhibitions, presented in Cuba and internationally over the past 18 years, that examine complex issues of race in Cuba. 12 noon at the Willson Center of Humanities & Arts at the University of Georgia in Athens.

Save the Date #2: Lisson Gallery in NYC. London’s Lisson Gallery is scheduled to open a branch in Chelsea, just under the High Line, on May 3. The gallery will debut with a solo show of recent work by Carmen Herrera, who turns 101 that month.

Save the Date #3: Belkis Ayón in L.A. This fall, the UCLA Fowler Museum will host Nkame: A Retrospective of Cuban Printmaker Belkis Ayón. Slated to open October 1, the exhibition is organized by the Belkis Ayón Estate and curated by Cristina Vives. More info to come.

Music at Americas Society. Cuban composer Amadeo Roldán will be spotlighted in an upcoming concert at the Americas Society on New York’s Park Avenue. The “Modernismo Rumbero” concert on March 28 will feature the 1930 composition Ritmica no. 1, along with two works by Mexican composer Carlos Chávez. More information here.

Closing Distances/Cerrando Distancias 4 tours Cuba. Usually, this documentary film program brings Cuban films to the U.S. Now, for the first time, a U.S. filmmaker will tour Cuba. Andrés Caballero will present Gaucho del Norte, his feature documentary about a Chilean shepherd recruited by a U.S. rancher to herd his livestock across the desert and mountains of the U.S. West. Presented by Americas Media Initiative, organizers of the Closing Distances program, Caballero’s tour will run March 11–18, and will take him to Cienfuegos, Santa Clara, Caibarien, Cienega de Zapata, Matanzas, and Havana.

Houston Latino Film Festival. The debut edition of the festival runs March 25–27. The schedule isn’t online yet, but we’ve heard they’re screening Viva, and there’s a trailer for the short documentary Cuba’s Violin on the Festival’s Facebook page. For more information, check the Festival’s website.