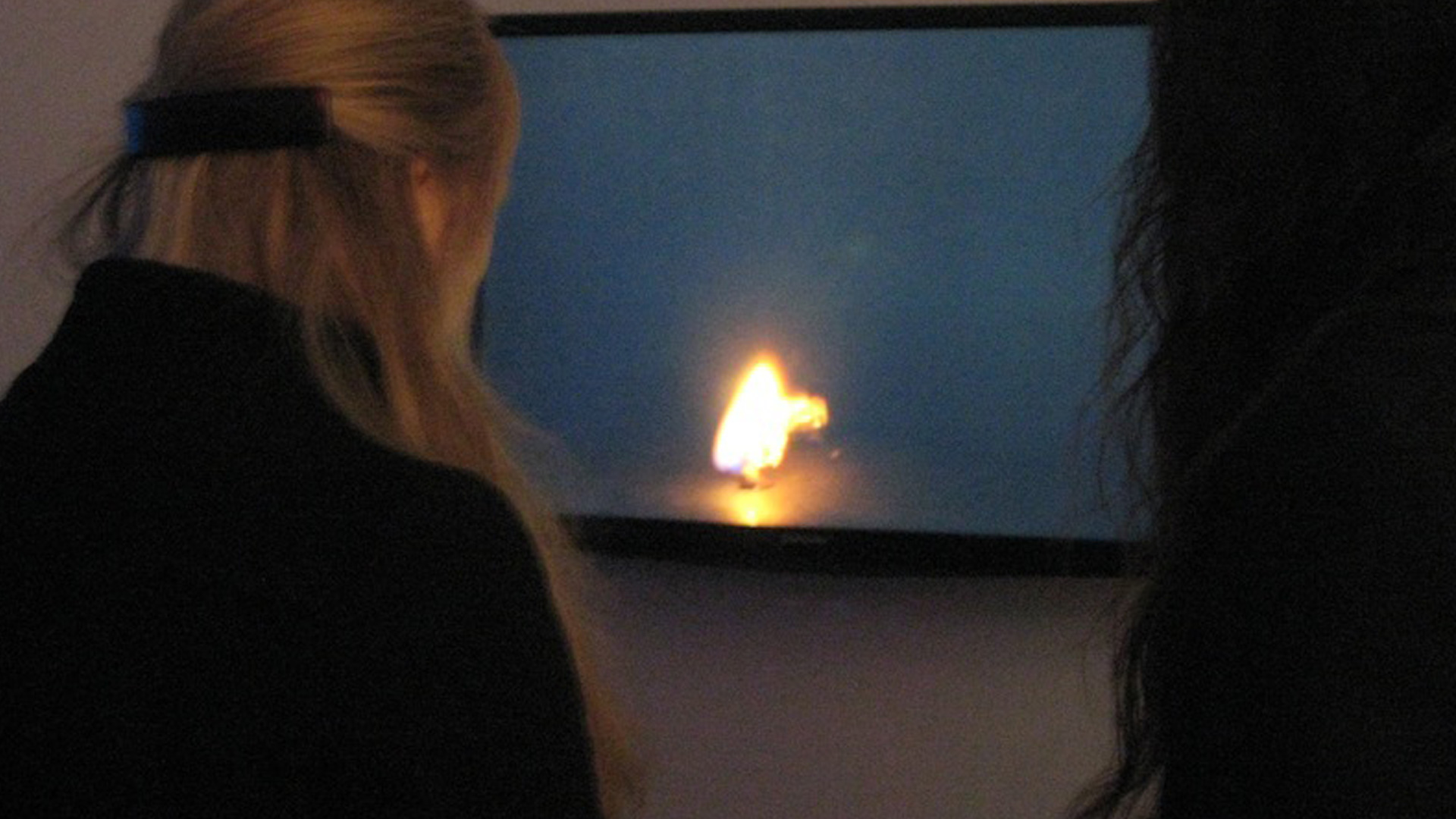 At New York’s Sean Kelly Gallery, this month has seen the conclusion of a well-received debut show by the young Cuban artist Diana Fonseca Quiñones (which closed February 6), and the upcoming opening of a solo show by a second young Havana artist, Alejandro Campins (opening February 11). With that in mind, Cuban Art News publisher Howard Farber caught up with the gallery’s owner, Sean Kelly, and his daughter Lauren Kelly, the director at the gallery who organized both exhibitions, and who is the gallery’s liaison with Cuban artists Los Carpinteros. Here is their edited interview.

Sean, you’ve been a gallerist since the early 1990s. How and when did you first become aware of contemporary Cuban art?

How did you come to represent Los Carpinteros?

Sean Kelly: The gallery they had been working with in America was reorganizing and reinventing itself. One of people who had worked with [that gallery] in New York suggested that Los Carpinteros talk to us, and that we look at them. At that point, they were already a duo—Alex [Alexandre Arrechea] had left. From the beginning of our engagement, [we were] working with Marco [Marco Antonio Castillo Valdés] and Dago [Dagoberto Rodríguez Sánchez]. I think the conversation started in 2004.

What’s the strategy for representing artists like Los Carpinteros?

Sean Kelly: I don’t think it’s tailored in any specific way to them because they’re Cuban. The strategy is to make exhibitions at the gallery, to pursue museum and institutional opportunities extensively for them, and to represent them properly at the appropriate art fairs. It’s a standard strategy, and it’s been very successful.

Their last show at the gallery was in 2013. That’s a fairly normal span of time for us between shows, three years. They had the entire gallery. It was an extensive exhibition—they had all three spaces. [The next Los Carpinteros show at the gallery is tentatively scheduled for fall 2017.]

Both of those initiatives came out of the fact that we’ve spent quite a lot of time in Cuba. For various different reasons, last year—2015—I was there three times, and Lauren has been there four times.

It’s an exciting opportunity to be able to bring those artists to a different audience for the first time. Diana’s exhibition is her first exhibition outside of Cuba. With Campins, it’s pretty close to being his first. It’s certainly his first in America.

Lauren Kelly: We didn’t go to Cuba with an agenda to have back-to-back Cuban shows or to work with a number of Cuban artists. We went there for personal and professional reasons, and then we met and really liked the work of these two artists. It wasn’t: Oh, we want to do a “Cuban spring” in our exhibition programming. They just happen to be great artists, and they live in Cuba.

Are there art spaces and people you make a point of visiting when you’re in Havana?

Sean Kelly: In the years we’ve been going down there, we’ve established friendships and relationships, professional and personal, with many people. Certainly, we would always go to Galería Habana to meet with Luis Miret, who has been very prominent in support of Cuban artists over a long period of time. That is an absolutely requisite stop.

In recent years, Ella Cisneros’s commitment to Cuba and her position there has made her invaluable in terms of learning. Ella is certainly somebody we always check in with. We’re always interested in what she’s doing. She’s really on the leading edge and a great sponsor of educational and institutional cultural knowledge now, increasingly.

Christian [Christian Gundin García] at El Apartamento, we met last year. Diana’s exhibition is a direct response to walking into his gallery, seeing a group show, seeing one video on a monitor on the floor and going, “Wow, who’s that?” And buying some of the work for our own private collection, and immediately wanting to make a commitment to do something with her.

As they say in Havana, it’s boca a boca. It’s word-of-mouth. It’s a very organic process, like a bush telegraph. One person leads you to another. Because internet access there is so limited and electronic access—phones, etc.—is so limited, it’s a rather old-fashioned way of connecting. It’s a very pleasant, very gentle way of finding people.

Lauren Kelly: One of the resources we really use in Havana is that the artistic community is very supportive of each other. Marco and Dago know our aesthetic quite well by now. They will make recommendations for artists’ studios we should visit, they’ll take us over and make sure that those connections are made. And that artist might recommend another artist.

Dago owned a painting by Alejandro Campins that was in his house. We would go stay with him, we saw the painting, and we really liked it. That’s where that connection came from. It’s been an organic and fun process for Sean and me.

We know that many things have changed in the past year in general. Specifically, what has changed for you? For instance, are the logistics any easier?

Lauren Kelly: The direct flights are a huge difference for us. To be able to go on a three-and-a-half- hour flight has made it much easier to work with people and to have meetings. In terms of shipping and logistics, it has gotten easier but we’re not going to pretend it’s easy. I think the changes have been slower than most people outside of Havana would expect them to be.

Sean Kelly isn’t the only gallery to present Cuban art in Chelsea this season, and last week, an article in Artnet News talked about a “coming avalanche of Cuban art.” What do you think about that?

Sean Kelly: Thank God we’re not the only gallery that’s doing it. It would be a sad state of affairs if we were.

I don’t see that there’s an avalanche of Cuban artists about to invade New York. I often make allusions between Cuba and China. Not for overt political reasons, but because I think both countries have systems of art schools where they’re training their artists formally very well. What needs to occur is that the formally trained artists can establish a really viable conceptual framework for their work to be seen internationally.

The big difference of course is the volume of the population. Cuba has a few million people and China has billions. I don’t see a volume of Cuban artists that constitutes an avalanche. [But] there are certainly a notable number of very, very good artists.

In that same article, you see the response to Diana’s show. The writer was at pains to point out that there is a rigor and an intensity and a quality and a clarity to her that perhaps does not exist in a lot of her peers. I think that’s absolutely correct, and that speaks to the quality of the formal education.

The missing leg of that stool is that you have to get the work out into the world and for it to be understood as worthy of an international audience. When you do, and you give it that oxygen, it ignites. I think we’ve seen that with Diana’s work, and I’m sure we’ll see it with Campins too.

Where do you see Cuban art heading?

Sean Kelly: There’s going to be a very much increased audience, and a far greater spotlight on Cuban art, both contemporary and historically. I think the market is going to grow exponentially, and very quickly.

The artists who worked through the 1980s, the 1990s, and beyond, who were there and kept the flame alive, will be venerated for doing that. And we’ll see another generation of younger Cuban artists who are sophisticated, highly trained, articulate, and smart coming out onto the art scene. It will be very exciting.

As I’m sure you’re aware, Galleria Continua, the international gallery based in Italy, recently opened a space in Havana. Do you see something like that ahead for Sean Kelly Gallery?

I think it’s quite odd that a Western gallery is able to go in and open a gallery [space]. It almost looks like an act of colonialism, strangely enough. I think one has to be rather careful of how one characterizes it, and I don’t mean it as a negative. We work with Galleria Continua and we like those guys very much. [But] it is strange that that situation has been allowed to pass, when the people within the culture have not yet had that opportunity.

I would be a big advocate of people within the culture being allowed to have that opportunity, and to establish the criteria and the landscape for making their support of the artists—which is longstanding—more visible, bringing it out into the light, rather than it being something that is imposed from outside by galleries like them, or us, or anybody else who has more money.

There’s no question that that should come, and I think it would be a great thing if it comes. But I would really like to see the people who have been on the ground and doing the hard work for the longest period of time being enfranchised before all of the rest of us are enfranchised [to have galleries in Havana]. I mean, we’ve got the rest of the world. I’m not sure we need to have Cuba quite yet as well. I really think it’s quite important that the network within Cuba be franchised as fast as possible.